In the "play hard, work easy" world of the American Ultimate Disc League, its teams across North America can get their best work done with Highfive. 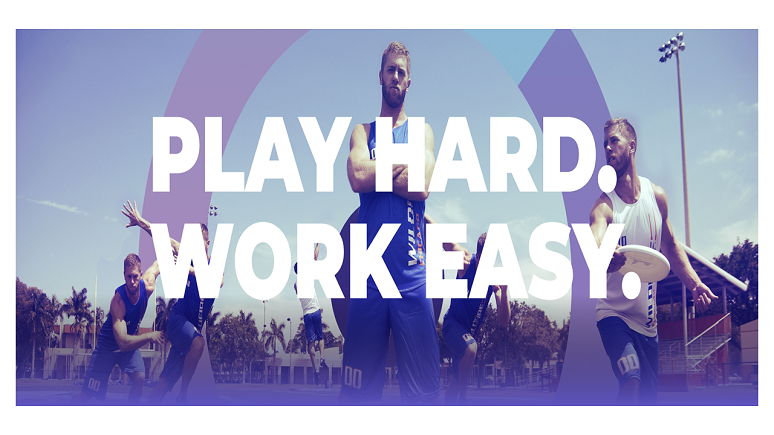 If you’ve never played or watched a game of Ultimate, do yourself a favor and find a team or organization near you. Ultimate takes the non-stop pace of soccer, combines it with the aerial passing of football, and replaces the ball with a flying disc.
It’s an exciting, fast-moving sport. It’s also one of the fastest growing participation sports in the country. It’s played by nearly five million participants today; membership in the sport’s governing body has grown at a near 10% annual pace since the early 2000s and, in 2012, the first professional league was launched. Now, with 21 teams spread across the U.S. and Canada, the American Ultimate Disc League (AUDL) is starting its eighth season of professional play.
The AUDL teams engage with more than ten thousand fans per game through a combination of their live events, AUDL.tv streaming service, AUDL Game of the Week on Stadium, and AUDL smartphone apps. What’s more, the league commands a social media base of nearly a half-million followers.
The big news for the AUDL this season is Highfive becoming the league’s official communications partner. Now with just a single click from any meeting room or device, the AUDL and its teams across North America can get their best work done with Highfive.
The AUDL is using Highfive video conferencing for collaboration and communication between their 21 teams, for their operational needs, and for communicating external partners and vendors. The league’s owners, partners, coaches, and players will now have access to faster, easier meetings for more effective and frequent collaboration.
“Our regular communications range from four people to over 100,” said Rob Lloyd, AUDL co-founder. “The entire experience with video is more immersive. We have a community of around 40 team owners, and I think the biggest opportunity for the league is improving engagement. We all know that hanging on a phone call, without being able to see the person who is leading a discussion, getting a real sense for their passion about a topic, does not create the best outcome.”
Beyond meetings, the AUDL is making Highfive a crucial component of their first-ever All-Star Game, to be held on June 8 at Breese Stevens Field in downtown Madison, WI. A pool of 32 AUDL players will be selected by coaches and media, and the AUDL plans to use Highfive as a way to bring fans into the process.
“The All-Star Game team selection process will be live streamed so fans can feel the reactions and see the player’s faces when they get the call,” said Lloyd. “We are using Highfive as an integral part of the fan experience, because a live video conversation is so much more compelling than a photo or a phone call.”
Try Highfive video conferencing for free -- Click here, fill out the form, and a member of the Highfive team will reach out to get you set up.