At Zoomtopia, four financial services IT veterans share their experiences bringing their users into the modern era of cloud video. 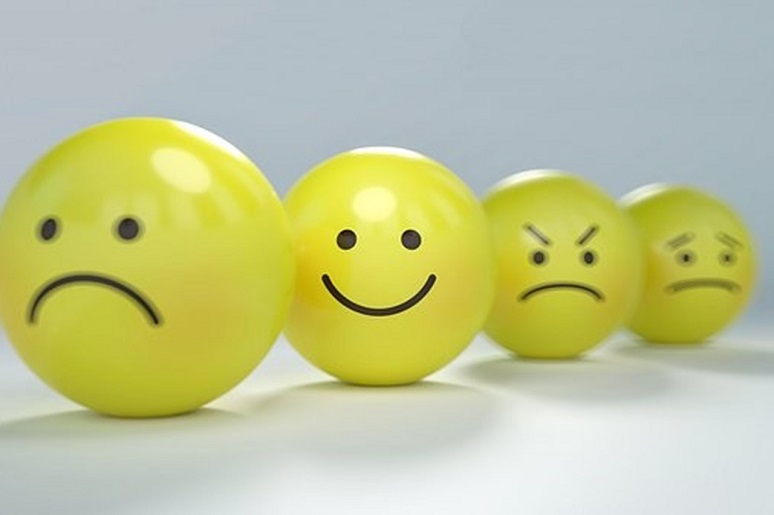 Before the advent of cloud video conferencing, did your users ever leave their video meetings happy?

Not in her experience, shared Casey Santos, a longtime enterprise IT executive, most recently CIO of global growth equity firm General Atlantic. Over the years, Santos worked at large enterprises that invested sizable amounts in traditional videoconferencing technology. The experience was always “very complicated,” she said.

“If you wanted to have a videoconference with somebody outside the organization, it was nothing short of an act of Congress to get the thing set up and tested,” Santos said. “The amount of effort that we spent babysitting and managing all this technology really took its toll on the organizations — and then the end experience would end up very clunky and uncomfortable for the users.”

Add in all the various other tools in use for audioconferencing and web conferencing, and so on, “and, again, nobody ever left those meetings happy,” she said.

Santos shared her experiences with enterprise video use along with peers in the financial industry during a panel discussion at this week’s Zoomtopia conference. She wasn’t alone in relating the woes of traditional videoconferencing compared to cloud-based video. A legacy videoconferencing platform in use at National Australia Bank (NAB) is good technology but, as Trent Harris, the bank’s head of collaboration and UC, said, “if you want to schedule a conference you better major in ‘service desk’ because there’s no self-service.”

Anxiety-inducing meeting technology doesn’t make for a good employee experience. At NAB, the complexity of working with that legacy platform, plus other disparate systems, led to disengagement — the opposite of the intended goal. 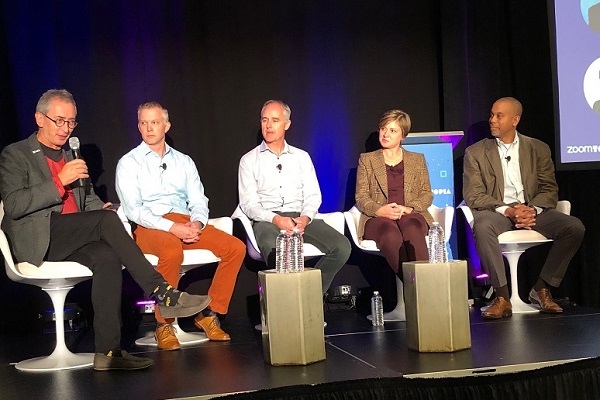 Transition Takes Work
While it might be tempting to think that transitioning from a traditional solution to a modern, cloud-based alternative is going to make users so much happier, panelist Greg Martin, director of corporate voice and video services at Nasdaq, had a cautionary tale to share. Prior to rolling out Zoom Rooms, Martin said he’d first transitioned to another conferencing solution, and along the way he’d learned, his lesson on how not to do things.

“I forced it upon everybody, and they did not like being forced to do something,” he said.

A year later, Nasdaq brought in Zoom Rooms to provide a video experience, along with Meetings as a replacement for the earlier conferencing solution. This time around, Martin said, he gave users two years to “choose to make that choice.” A pilot of 50 quickly grew to 500 users, and the Zoom option became available across Nasdaq in January. By the end of the month, over half of the firm’s employees had begun using Zoom, and the number continued rising from there. Today, 95% of Nasdaq employees use Zoom exclusively, he added.

Not dictating use of the new technology but instead giving users time to pick it up on their own made the transition to Zoom so much easier than it was to the earlier conferencing system, Martin said.

Capital One, the fourth financial institution represented on the panel, had a similarly smooth and quick transition to Zoom technology — in its case from Microsoft Skype for Business, said Fred Love, senior manager of UC and collaboration, at the company. Capital One had sought out a Skype for Business alternative to level the playing field for its employees, a split of Windows and Mac users, he said. With a mixed OS environment, “one of the things that we had to deal with was the inequity in terms of the feature set between the two platforms and the differences with having to constantly explain that [to users],” said Love, noting Zoom’s standardization of the user experience across not only PCs and Macs but also iPhones and Androids as a major differentiator for Capital One.

But in this instance, IT took the approach of selecting guides, or service champions, as early adopters. Not only would these folks “spread the good news” about the Zoom technology, they’d provide IT with feedback on training and messaging, he added.

With the guides in place, by the time IT was ready for full deployment, the team had been able to identify groups of users that would require extra work to get going, Love said. As a result of the upfront effort, the number of minutes consumed with the Zoom service in the first full month exceeded the peak consumption of the previous platform, he noted, while also giving a nod to Zoom’s ease of use as a contributing factor.

Full-Steam Ahead
Indeed, the technology was the easy part for NAB, too, Harris agreed. The tough part was the logistics, especially as IT had to account for three different conferencing scheduling platforms in its migration plans, he said. Assuring a seamless transition for the users, so they could continue having their meetings, was a real challenge. “It all comes down to planning,” which must have been a success because Harris went on to say that once that was sorted the biggest issue then became the video experience becoming “a victim of its own success.”

For a financial firm like NAB, a pilot project helps IT work through all the governance and regulations. But when response is so positive, “it is really difficult having to tell general managers, ‘You know, I’m sorry, but your team can’t come on this platform just yet.’”

Santos said she can relate to that, as well. For General Atlantic’s transition to Zoom, she sought out people who felt disconnected from important meetings, perhaps because they were dialing in from a remote location or had some other reason that prevented them from being drawn in. Once those people got exposure to the Zoom experience, use spread virally — “and then we were getting questions of why aren’t you moving faster?”

And that, she said, “a good problem to have,” especially considering the clunky, uncomfortable videoconferencing days of not so long ago.