No Jitter Roll: Cloud Contact Center on the Rise

A look at the latest research on cloud contact center agents from Synergy Research and news coming from Intermedia, PCI Pal, Cisco, and Pexip. 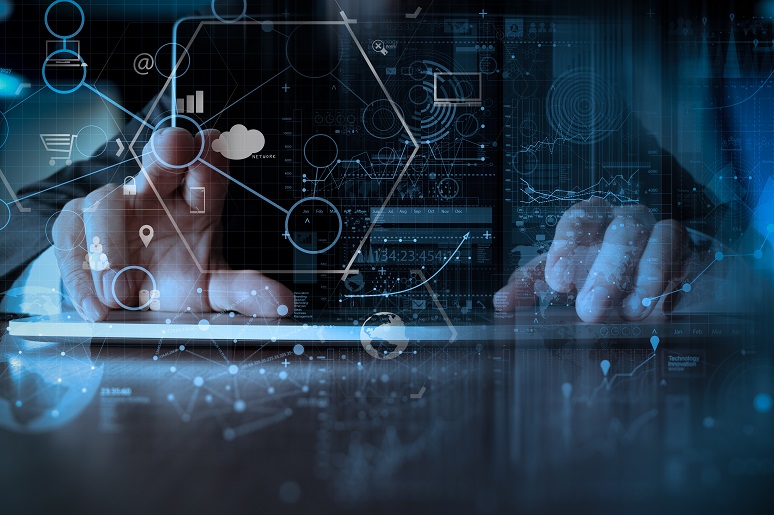 In this week’s No Jitter Roll, we share the latest research on the number of cloud-based contact center agents, a partnership between a UC provider and a major league soccer team, a new Cisco preferred solutions partner, software that connects devices to the cloud, and AI-powered auto-framing for video meetings.
Synergy Research: Cloud Contact Center on the Rise
Synergy Research Group this week released its latest research on cloud-based contact centers, stating that at the end of 2019over five million of the 29 million total agents worldwide were cloud-based. The number of cloud agents has grown 5% per year but has yet to cross 20% of total agents, Synergy found. By region, North America had the greatest number of cloud-based agents, followed by EMEA, APAC, and LATAM, according to Synergy. 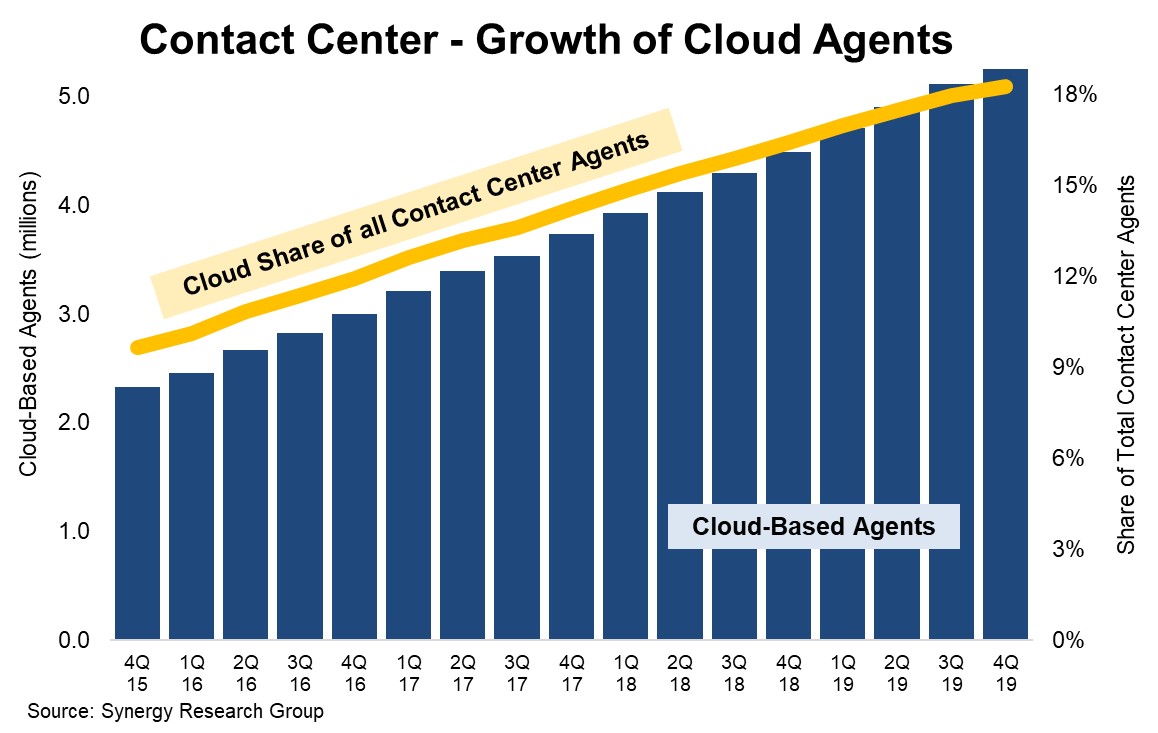 This research follows a similar report on cloud-based collaboration tools, use of which has surpassed on-prem solutions.
Quakes Soccer Team Calls Up Intermedia
This week, Intermedia signed a multi-year partnership with the San Jose Earthquakes (Quakes) soccer team. As part of the deal, the Quakes will deploy Intermedia’s contact center solution throughout its organization and Intermedia Unite for its communications and collaboration needs, according to Quakes and Intermedia. Additionally, Intermedia will receive company branding on team jerseys.
PCI Pal Now a Cisco Preferred Solution Partner
Cisco has selected payment software provider PCI Pal as a preferred solution partner. As a preferred solution partner, PCI Pal will work to maintain interoperability between its agent assist and IVR payment software and Cisco’s contact center solutions, according to PCI Pal. This move follows a similar agreement with Avaya, which has signed on PCI Pal as a DevConnect technology partner.
Cisco Goes to the Edge with Devices
Last week, Cisco announced in a blog post the release of its Webex Edge for Devices software. Webex Rooms customers can now use the software to link their Webex Rooms devices to the Webex Platform, without needing to migrate to the cloud, according to Cisco.
With the software, users can manage devices through the Webex Control Hub and can view device usage analytics, device diagnostic messages, device alerts, and online/offline connection statuses from a single interface, Cisco said. Optional features include Webex Hybrid Calendar Service, which enables one button to push (OBTP) events to join Webex Meetings for Office 365, Google, or Exchange environments, and Webex Assistant, a voice virtual assistant that can help users with calls, meetings, and device controls.
Pexip Rethinks Video Meeting Tiles
Pexip last week debuted an AI-powered auto-framing technology for its Infinity video meeting platform. The technology, called Adaptive Composition, is aimed at improving the participant experience in virtual video meetings by continuously scanning faces in real-time, digitally zooming to optimize eye contact, and placing endpoints in the screen layout depending on the number of people in a room, explained Jordan Owens, VP of architecture at Pexip, in a No Jitter briefing.
The idea is better seen than explained, as he noted, so click on the video below to see how Adaptive Composition works.
In keeping with Pexip’s interoperability differentiator, Adaptive Composition is room system agnostic and works across protocols, including H.323, SIP, and WebRTC. A tech preview will be available in version 23 of the Infinity platform later this quarter, with production release following this summer, Owens said.
Beth Schultz, No Jitter editor, contributed to this roundup.