Love it or hate it, the rebranding of Lync as Skype for Business is one way for Microsoft to call out its efforts to empower business users with consumer-like experiences. But a name change alone isn't going to get enterprises where they need to be on user adoption or return on investment.

Unify Square, a consultant/software development firm that specializes in Lync deployments, has a plan not only for maximizing user adoption but also accelerating time to ROI. Introduced today, the plan formalizes the company's experience working on large-scale enterprise Lync deployments into a packaged offering it calls UC Right Track. 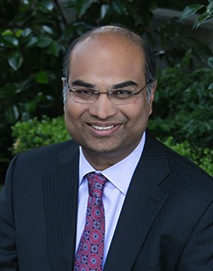 "Taking Lync from pilot to production is fraught with risk and danger. That's when enterprises come up with a raft of issues, and not just with technology but with people and processes, too," Sonu Aggarwal, founder and CEO of Unify Square, said in a recent phone interview. "That's when we're brought in."

Now, with UC Right Track, Unify Square helps to keep those problems from surfacing at all, added Aggarwal, who comes out of Microsoft and keeps close ties to the Lync team there.

Starting at the Top
Getting ahead of problems requires upfront diligence, which is why UC Right Track begins with a two-day strategy and planning workshop during which Unify Square brings together all key stakeholders in a Lync deployment. This includes the CIO and the vice president of infrastructure, as well as members of the Lync, Exchange, telecom and network teams.

"It's important to get them all in the same room to help orient them to this journey," he said. "They need to take an end-to-end long view of the journey -- right up front, and put things in context of end-user success."

That two-day experience is rooted in the enterprise's business, with discussions focused around profit-and-loss drivers and short- and long-term strategic priorities, for example. "Then we get around to what role enterprise communications plays, ROI, and what's relevant to defining success," said Aggarwal, who also regularly shares his Lync expertise during "birds of a feather" discussions at the annual Enterprise Connect conference in Orlando (click here for information on the 2015 event).

Deployment Yardstick
Working with the Unify Square team, the enterprise stakeholders can then translate business goals into strategies for implementation and deployment, user adoption, and operations, Aggarwal said. During the UC Right Track engagement, which will run approximately 30 days, Unify Square experts undertake a variety of initiatives. For example, they:

The UC Right Track engagement wraps up with a meeting during which the Unify Square and stakeholders review the progress and discuss the strategies with an eye toward keeping the deployment on track -- and ahead of the norm. "I like to think of the UC Right Track process in terms of a four-times yardstick," Aggarwal said.

For example, reaching ROI at a large enterprise of, say, 80,000 employees, might typically take from five to six years. Experience has shown, however, that following the processes outlined in UC Right Track will shrink the time to ROI down to 18 months, he said.

Unify Square considers UC Right Track to be of "high value in any enterprise of more than 5,000 employees, but useful to all," Aggarwal said. Pricing varies by enterprise.