Gives IT single pane of glass for managing Skype for Business and Teams performance and adoption insight, plus adds machine learning to prioritize IT tasks.

As team collaboration applications take root in the enterprise, IT must grapple with the same sort of challenges it has long faced with UC deployments, namely managing performance and monitoring usage and adoption. Naturally, traditional UC management companies want to be the go-to sources for controlling team collaboration deployments, as well.

Unify Square, which offers the PowerSuite performance and operations software and a managed service for Microsoft Skype for Business, is one such example. As CEO John Case told me in a recent briefing, "[Microsoft] Teams is very much our future." 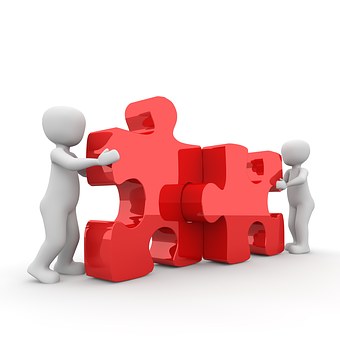 It has to be, given Microsoft's emphasis on Teams as the client of the future, as well as its continuing migration of the Skype code base into Teams, Case said. Not only that, he added, "every single one of our major customers is evaluating Teams, and most already have deployed Teams for chat or conversations... (but not for voice yet, because that's too new)."

From what Unify Square is seeing among its user base, "Teams will have an amount of customer momentum that Skype Online never quite was able to reach," Case said.

For these reasons, Unify Square earlier this year began offering a Teams-oriented managed services portfolio. In addition, as announced last week, it has expanded its physical reach with a second network operations center (NOC) to help handle the additional load Teams brings, and has begun to "Teams-ize" its PowerSuite modules, said Scott Gode, the company's chief product marketing officer. The resources for these initiatives came from a $10 million Series C round of funding the company announced in June, Case said.

Unify Square has started its effort to bring Teams functionality and analytics into PowerSuite with three of the suite's 15 modules:

In adding Teams data into these PowerSuite modules, Unify Square can provide IT administrators a view of what's going on with Skype for Business and Teams users from a single pane of glass, Gode said.

Having a view into Teams data can help enterprises better understand and promote adoption of the application, he added. For example, the Usage & Adoption Dashboard offers a "champion's view" that shows which users are optimizing the use of Teams overall as well as on a per-conversation or -meeting basis. Conversely, the dashboard also provides a view into which users aren't using Teams, but ought to be as key influencers. IT can take action accordingly, whether that be to award top users or encourage participation among laggards, Gode said.

Teams support will follow for additional modules in the company's fall update, he added.

As important as adding Teams functionality to PowerSuite is, it's not the only focus of development efforts. As part of last week's announcement, Unify Square also said it has added new machine learning (ML) capabilities aimed at helping IT address problems that crop up with Skype for Business voice calls. Using intelligence pulled from the data it gathers, Unify Square delivers a list showing which issues IT should tackle and in what order.

While this ML solution, called Insights Center, is available for Skype for Business today, Unify Square will add Teams support down the road, Gode said.