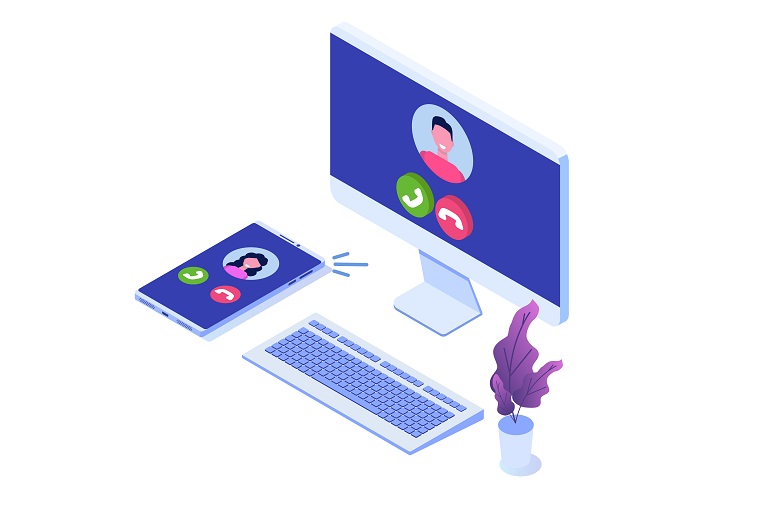 Image: Andrii Symonenko - stock.adobe.com
Cloud video provider Zoom is celebrating the second anniversary of Zoom Phone with news that it has sold one million seats of the calling service.
When Zoom released its calling service, then named Zoom Voice, in January 2019, some industry watchers questioned why it would get into the PBX space, Graeme Geddes, head of Zoom Phone, told No Jitter in a briefing. Not only was it a video provider, entering a mature voice market with a lot of competition, but also doing so with an offering initially limited to just two markets — the U.S. and Canada, he noted.
Zoom’s decision to provide a voice service is the opposite model of how UCaaS providers typically have evolved — meaning, they’ve offered video as an add-on to their voice services, said UC analyst Dave Michels, with TalkingPointz. But now, the rules have changed, and video is easier to sell, he added.
Indeed, Zoom’s perceived ease of use, whether for video or voice, inside and outside the enterprise, is largely credited for at least part of the provider’s overall growth throughout the years. As Michels noted, “Zoom continues to win with simplicity,” with Zoom Phone and Zoom Meetings featuring the same intuitive UI. Additionally, when escalating a call to video, a user doesn’t need to reconnect like they’d have to do with traditional voice/video services, he added.
Zoom Phone’s Evolution and Future
Over the last two years, Zoom has enhanced its Phone service with a variety of new features. For example, at last October’s virtual Zoomtopia event for customers and partners, Zoom revealed spam detection and blocking capabilities, the ability to transfer text responses through Phone SMS, and Nomadic E911, for sending notifications to dispatchers and safety team members simultaneously.
In addition, it has expanded Phone’s availability, to a total of 44 countries/regions, and has added the service to its FedRAMP offering, Zoom for Government.
Looking to the future of voice and Zoom Phone in the enterprise, Geddes discussed how the line between video and voice calling is blurring and how that, in turn, is creating market opportunities. While providing no specifics, he said Zoom sees plenty of opportunities to take PBX functionality and add it to video systems, and vice versa, though he didn’t comment on any specific Zoom capabilities being currently developed.
Lastly, Geddes highlighted the possibility provided by integrating Zoom Phone, as well as Zoom Meetings, into an ecosystem of meeting-related applications. Toward that end, Zoom offers its Zoom for Apps marketplace, also introduced at last year’s Zoomtopia. The Zoom for Apps marketplace, an open platform for creating and distributing apps and improved SDKs, has grown from around 25 apps at launch to 37 today — and Geddes said he expects to see additional integrations come online from whiteboarding, note-taking, and recording and compliance application vendors.