Where kind words may reflect good intentions, at the end of the day, it’s all about competition and the marketplace. 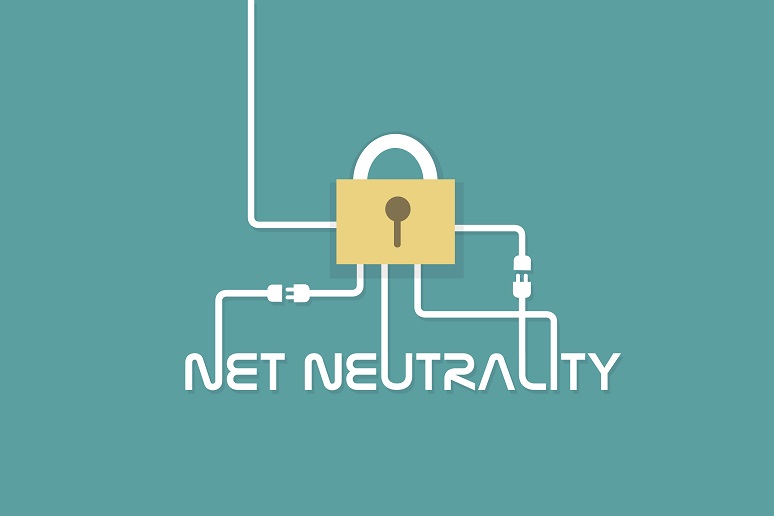 Image: bakhtiarzein - stock.adobe.com
Most people would agree that we are in the midst of troubling times. While critical matters of social justice and law enforcement dominate the news, we must remember that other issues are continuing to percolate through administrative agencies and processes. Simply because these issues are no longer front and center doesn’t mean that policies and rules aren’t evolving, and business isn’t continuing as normal. While there are likely issues in every administrative arena of government, this week, there’s been some action concerning one of my favorite topics—Net neutrality.
The question is whether AT&T, and by association only the other internet service providers (ISPs), has been behaving honorably as it committed it would when it convinced the Republican-controlled FCC that internet service was and is an information service, and thus subject to light-touch regulation. I disagreed with the assessment then, and I’ve seen nothing since to change my mind.
In what should be a surprise to no one, the biggest of the ISPs, most notably AT&T, is precisely doing what it said it wouldn’t, but it’s fair to assume that the others are behaving similarly. The big four are engaging in some sort of blocking, throttling, and providing paid prioritization of internet traffic. But this is likely happening with smaller ISPs as well. Where kind words may reflect good intentions, at the end of the day, it’s all about competition and the marketplace, and if a company can’t achieve its goals while meeting self-imposed rules, it won’t hesitate to twist commitments to achieve them. Good intentions be damned.
Light touch regulation allows the biggest players to make worthy but unenforceable promises and still behave in unworthy ways. Who’s going to stop them, particularly at a time when other more pressing issues take precedence and when rhetoric is so polarizing and inflammatory? In the current situation, AT&T has been “caught” allowing content from one of its companies (HBO Max) to essentially be “prioritized” over content provided by other entities that it does not own (think Netflix and Disney Plus). That means, AT&T customers who access HBO Max have found that such usage isn’t charged against their respective data caps, where content provided by others, including Disney Plus and Netflix, is.
In 2017, before the net neutrality rules were abandoned, before states took their own actions by creating their own net neutrality rules and practices, and before litigation began, according to Wired, “Most large broadband providers promised not to block or throttle content ahead of the court rulings. But all four major mobile carriers began slowing down at least some video content. For the record, while I can’t find the data to prove it, I believe that the bursty arrival of emails directed to me would suggest that my ISP is also throttling, although I can’t prove it. My gut is that yours is doing the same.
Just after the FCC abandoned Net Neutrality, ArsTechnica ran an interesting article that accurately depicted that the four biggest ISPs (Comcast, Charter, AT&T, and Verizon) had all agreed not to engage in throttling, blocking or paid prioritization. But given that most of them had spent considerable sums lobbying to abandon net neutrality rules that protected consumers, it seemed unlikely that they’d stick to these promises forever. It’s clear now that they haven’t.
During the first week of June 2020, three senators (Markey, Wyden, and Blumenthal, all Democrats), wrote to AT&T’s Chairman and CEO Randall Stephenson to complain about the preferential treatment awarded to content produced by providers also owned by AT&T. In the letter, the senators state clearly that that AT&T has abandoned its promises by providing favorable treatment to customers who use one of its streaming video services, HBO Max. They’ve done this by not “counting” the use of these services towards data usage caps imposed by users’ individual plans. The effect, if not the actual outcome, isn’t just allowing, but favoring, one source of content over others, which is contrary to the defined and popular purpose of true network neutrality.
One nagging issue is this: How can you find information on the ISPs’ network management practices that they promised to post? That is if you’re concerned that a provider is not abiding by its self-imposed “promise” to treat traffic equitably, where can you go to find out what it’s actually doing? In AT&T’s most recent annual report, it indicated that “In lieu of broad conduct prohibitions, the order requires internet service providers to disclose information about their network practices and terms of service, including whether they block or throttle internet traffic or offer paid prioritization.” (see pg. 31). For the past several hours, I’ve been trying to track down precisely this information. No luck. Zippo. Nada. This is the closest I’ve found:
Does AT&T favor certain websites or internet applications by blocking, throttling, or modifying particular protocols on its broadband internet access service?
No, AT&T does not favor certain websites or internet applications by blocking or throttling lawful internet traffic on the basis of content, application, service, user, or use of nonharmful devices on its broadband internet access services. Nor do we modify particular protocols, protocol ports, or protocol fields in ways not prescribed by the protocol standards. However, in response to a specific security threat against our network or our customers, AT&T may occasionally need to limit the flow of traffic from certain locations or take other appropriate actions.
AT&T has made no claim (of which that I’m aware) regarding security issues with services other than those provided by entities that it owns. It’s treating HBO Max content differently from content created and streamed by other providers. Then it’s either behaving deceptively or cluelessly, neither of which should be acceptable to consumers nor regulators.
In this context, and combined with the additional pressure that the pandemic has placed on existing networks, two things are clear: the internet is a utility that requires much more than a light regulatory touch, and absent meaningful enforcement, the largest providers are not to be trusted.