Take a Tour of a Modern 911 Central Dispatch Facility

A tour of Johnson County, Missouri’s central dispatch facility is a lesson in how much emergency communications technology has changed in the last 20 years. 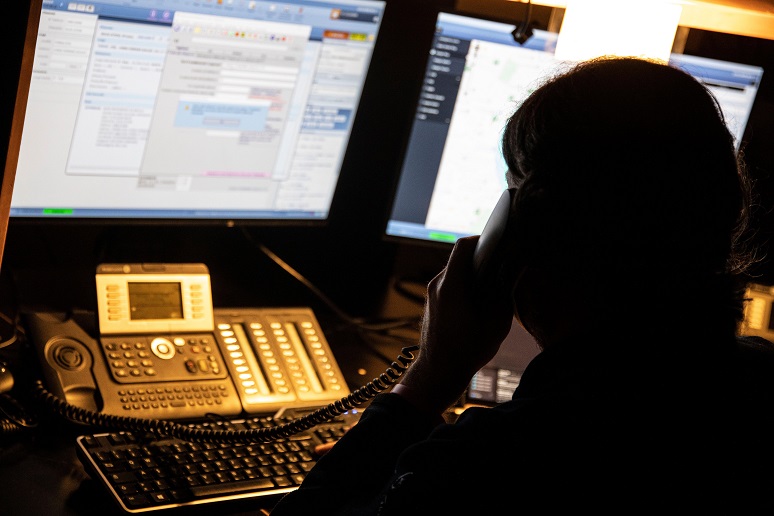 This PSAP closely tracks various call center metrics, comparing trends, analyzing times, scrutinizing performance, and constantly seeking opportunities for improvement. I found it curious that calls for law, medical, and fire rose steadily over the last three years, despite stay-at-home orders during COVID. The numbers confirmed my suspicion that police are busier than other agencies. Law enforcement calls crossed 20,000 from January to May, while there were about 4000 medical calls and approximately 2000 fire-related calls.
The PSAP training program is an intense, six-week work period in a classroom following strict coursework, testing and practical exercises. Not everyone makes it through the program. It takes a special person who can juggle the complexity, manage the technical aspects, compartmentalize the emotions and focus on detail. In addition to these high expectations, they must also be humble and willing to review old calls and look for ways to improve themselves and perform even better the next day.
Just like first responders in the field constantly train for medical, fire, or law enforcement scenarios, everyone in the JCCD center undergoes regular training either to keep skills sharp, learn new technology, and improve a process. In addition to all of that, JCCD employees must know the nuances of the county. For example, in the city of Warrensburg, there’s a duplicate street name in town. Dispatchers must be sure of the caller’s location and be clear with the first responders. They also track road closures due to construction or floods, an active parade, or congestion from a Saturday game at the University of Central Missouri. If there’s a call for an ambulance on the north side of town, an ambulance on the south side of town will relocate to be in a better position to respond.
PSAP operations are complicated. As a 25-year veteran of telecom, I was very happy with the center, and I was also impressed at the forward-thinking nature of the leadership and state-of-the-art technology. It requires very specific skill sets in each role within JCCD. We are all grateful for our first responders—and should be mindful that it all begins with the local dispatch center.