Premises-Based Communications: It Ain't Over Till It's Over 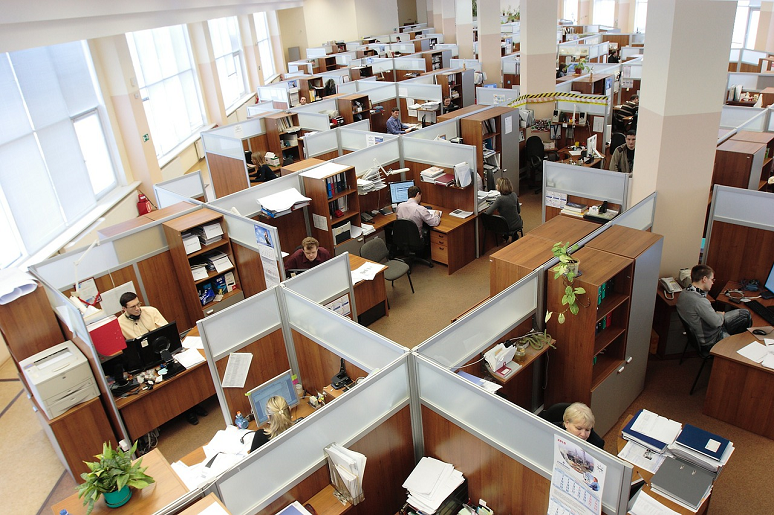 Avaya last week reported its financial results for fiscal year 2018, which revealed growth in its contact center business. Total revenue for Q4 was $770 million, up $15 million from its third quarter. More specifically, Avaya reported that its Q4 contact center revenue was up 11% year-over-year.
Most of this revenue is attributed to premises-based solutions. This conflicts with the widely held misperception that premises-based solutions are dying, though Avaya’s cloud-related services grew to 11% of total revenue (9% last fiscal year).
There’s no doubt that cloud-delivered contact center apps will become the de facto model. Already, these solutions can largely match the functional capabilities of premises-based contact centers. The gaps are in customization, sales motion, and security; but these gaps are slowly narrowing.
Although there’s certainly been some large migrations to the cloud, the vast majority of contact center implementations with more than 500 agents (Avaya’s sweet spot) remain associated with premises-based solutions— and probably will for some time.
These themes were evident when I met with several Avaya customers at the recent GITEX conference. GITEX (see related post) is one of the largest technical IT expos in the EMEA region, and it’s one of Avaya’s premier events, along with its own partner conferences.
Customer Proof Points
Avaya made several cloud-related announcements at GITEX, such as a new UCaaS offer in Germany, but most of the attention was on large enterprise solutions with emphasis on integration and control. There’s a tipping point somewhere between medium and large businesses at which complexity shifts from a liability to an advantage. Many larger organizations have built extraordinarily powerful solutions that simply can’t be outsourced, as they value the ability to customize IT solutions to their exact specifications.
An example is Avaya’s partnership with Dubai Police. Dubai Police is probably one of the most technically advanced law enforcement agencies in the world. In the Avaya booth were actual police officers with a mock squad car. The two organizations previewed a tablet-based solution for police cars that supports real-time voice and video interactions. Police dispatch can now route all kinds of real-time content to the display, including maps, city camera feeds, and even voice and video calls with citizens. Before the officers arrive at the dispatched location, they can visually survey the scene and interact with citizens.
Avaya designed the solution using premises-based UC, contact center, and video technologies that are integrated into a highly secure dispatch center and wireless communications network. The tablet runs an Avaya-created mobile app. The solution was designed by the Avaya International professional services with Avaya products, APIs, and SDKs. Dubai Police are confident this solution will improve their services, as came across clearly in my conversation with Khalid Alrazooqi, the general director of artificial intelligence at Dubai Police.
Avaya’s ability to combine UC, contact center, and video was a recurring theme at GITEX. Another example involved video integration with Diebold ATMs. The challenge was to utilize existing WebRTC video equipment in its cash machines to deliver differentiated customer service. Avaya created a solution where kiosk customers can interact with the bank’s customer service agents. The solution adapts the WebRTC interaction to a SIP-based conversation, enabling ATM video interactions to be routed, logged, and recorded like other calls. Saved recordings are searchable and include screen interactions, and the sessions are included with the integrated quality assurance reporting tools.
“It’s no longer about telephony,” said Nidal Abou-Ltaif, president of Avaya International. “Enterprise communications today is much more about human relationships than technology. Customers seek partners that solve their business issues. We at Avaya are passionate about understanding customer requirements so that we can create a tailored end-to-end solution.”
Weighing the Cloud
Cloud-delivered solutions have historically been relatively self-service focused and difficult to customize. This has worked well with smaller organizations, but this must (and is beginning to) change as providers address larger accounts. But actually, there’s several cloud attributes that are in conflict with general enterprise objectives.
For example, a key benefit of the cloud is that the software is always current. This means the customer outsources application and change management — preferable to some, unacceptable to others. Enterprise are reluctant to outsource processes they can’t monitor. Consider that just last week, Google implemented a change in Gmail that caused a sorting algorithm to fail. The feature of “evergreen software” is often perceived as a liability in large enterprises which prefer to evaluate upgrades and implement them in a controlled manner.
Cloud-delivered services often have the ability to expand or shrink services based on actual usage. This, too, is a double-edged sword. In some cases, enterprises are resistant to variable costs and prefer predictable, flat pricing. In other cases, Avaya and other providers now offer Opex and usage-based licensing models for premises-based solutions.
As a whole, the industry is prioritizing cloud-delivered services. Several vendors have completely exited premises-based solutions. Cisco and Genesys are shifting their focus to the cloud. Just recently, Cisco announced significant investments in its new Customer Journey Platform. Genesys also recently announced that its PureCloud service -- initially launched in 2013 with Interactive Intelligence and acquired by Genesys in 2016 -- now has 1,300 customers.
Avaya is building out its cloud offerings. It’s already active in private cloud, hybrid, and managed services, and is adapting Aura into a multi-tenant, public cloud service. That was the intent of its Spoken acquisition earlier this year. Avaya forecasts that its cloud revenue will increase to 12-14% of total revenue in its fiscal year 2019.
So far, cloud-delivered communications have mostly served small- and medium-sized businesses. As providers enable more control, security, and customization, enterprises will gravitate toward their services.
Dave Michels is a Contributing Editor and analyst at TalkingPointz.