The Mobility-Powered Desktop of the Future

Softphone apps on our desktop and mobile screens appear likely to replace desktop phones within the next decade. 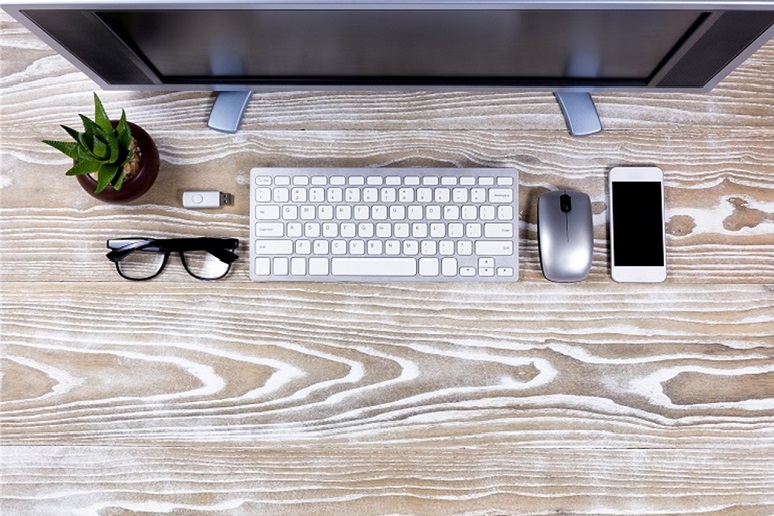 Image: Thomas Baker - Alamy Stock Photo
Many prognostications surround the future of the desktop. Mobility is a large factor, with more and more workers handling calls on phones and portable devices.
Unified communications platforms have to accommodate coding for Windows desktop, Android, and Apple platforms mobile and desktop. Many people have also struggled with trying to do something on a mobile device that they can easily do on a desktop. Will this ever change?
As of 2022, change doesn’t seem likely. Why? Because it’s real estate on a viewing screen. While cell phones have gotten larger to help with this, there are still standard-sized cell phone screens useful for many. Those smaller screens and even some of the larger ones cannot duplicate the real estate of a desktop screen. Tablets can imitate some of that real estate, but again, they are smaller screens that don’t necessarily have the display abilities of desktop computers.
Part of this issue is a human one. The human eye's ability to resolve smaller print on a cell phone screen deteriorates as we age. As a surgical resident on a plastic surgery rotation decades ago, I could see clearly, and manipulate 10-0 suture, (finer than a human hair) without magnification. Not anymore.
Unless we all start wearing magnifying lenses or have lens implants that can magnify for us, I think that cell phones, due to their screen size, will continue to have limitations requiring us to use our computer screens. I marvel at those folks who can manipulate cell phone screens and type text messages with two hands. I can’t. My fingers are too big for that. I can dictate messages, but it requires the appropriate spell checks since the dictation results can sometimes be hilarious, hideous, and sometimes offensively wrong. Dictation is faster than typing on a small screen. Even after 25+ years of using dictation technology, it’s still not perfect.
This notion brings me back to the desktop screen. Displays have gotten better, brighter, and bigger. 25+ years ago, people in general were okay with 15” screens. 20” screens (with picture tube) were deemed fantastic. Now 27”, even 32” computer desktop display screens are common—with many folks having dual displays on their desks. A small cell phone screen cannot duplicate those displays. The ease and speed of use for larger screens coupled with a mouse or other input device make them indispensable for office work. Given that humans have certain visual and tactile needs, it wouldn’t seem as if future desktops will change other than to get more complex and provide us with even more information.
One thing that seems plausible within the next decade is replacing the desktop phone with softphone apps on our desktop and mobile screens.
Desktop handsets are readily available with color screens. Handsets are also developing larger screens to see and do more with calls. But isn’t this just a duplication of what we can do with a softphone app on our desktop computer? The mobility piece of the softphone app has become more important in the era of COVID-19, as people work from home. Remote workers need their work phones to come home with them. It seems impractical to drag work phones from employees’ desks to be plugged into less secure (and most likely less capable) home networks. Connectivity issues based on the quality of such Internet connections on home networks (Wi-Fi or hard-wired) would continue until everyone has fiber Internet or a 5G ultra-wideband at home. Depending upon location, this could be years away.
This mobility component suggests that handsets as an additional duplicative expensive piece of hardware on the desktop are going away. With the convergence of desktop and mobile technology, having a softphone app that can function both on the desktop computer screen and the cell phone screen would spell the doom for desktop phone handsets. It also eliminates the need to move handsets from office to home to accommodate remote workers. You can assure privacy with a blue tooth headset, however. Because of the increased computing power available, the softphone desktop app, as a desktop phone handset replacement, would also be a fait accompli. Additionally, softphone apps are likely to become more sophisticated by leveraging that computing power and the desktop screen expansiveness.
The ease of connectivity and the merging with videoconferencing platforms would also suggest that the desktop handset is permanently on its way out. People may also wish to continue to use a desktop handset in years to come, but the question as to why will remain. The ability to save on the purchase cost of those desktop phone handsets, the cost of installation, and troubleshooting their connectivity will drive their elimination over the next 10 years. There is another consideration for those offices that currently have phone systems on-premises to handle their desktop phone handsets (in a non-hosted VoIP environment). That consideration is that as hosted VoIP seat prices drop toward the $5/seat level/month, the cost equation payback period for phone systems capital expenditure will become eliminated.
Elimination of on-premises phone systems will also accelerate migration toward softphone apps on computer desktops. While not widespread yet, the ability of employees to have their business phones as softphone apps on their personal cell phones might well change funding reimbursement for many businesses for cell phone use. If the employee leaves, the softphone app can be rendered unusable, preserving business intellectual property.
Despite having a calculator built into my computer, I still have a calculator containing paper tape on my desktop. What would it take to eliminate that? Time will tell.

Lee is writing on behalf of the SCTC, a premier professional organization for independent consultants. SCTC consultant members are leaders in the industry, able to provide best of breed professional services in a wide array of technologies. Every consultant member commits annually to a strict Code of Ethics, ensuring they work for the client benefit only and do not receive financial compensation from vendors and service providers.