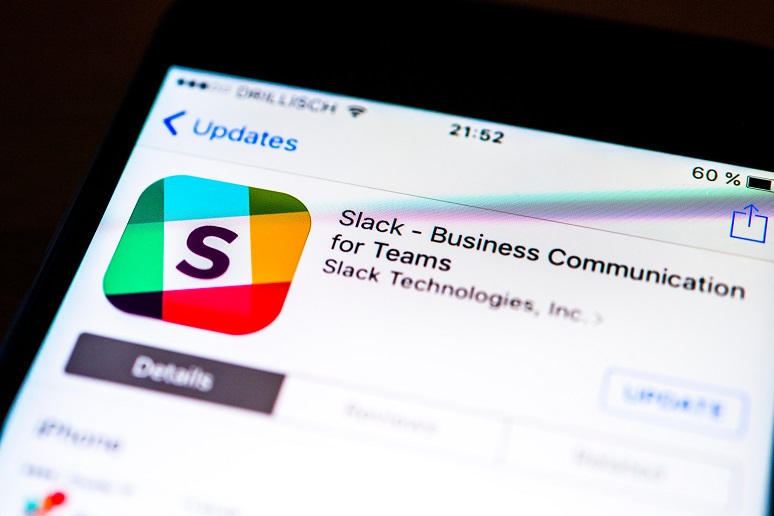 Image: imageBROKER - Alamy Stock Photo
Welcome to the latest edition of the No Jitter Roll. In this round-up of the news: Microsoft debuts Operator Connect Mobile and adds a host of hybrid work features, and Slack shares an iPad update, designed with hybrid work in mind.
Microsoft debuts Operator Connect Mobile
The company is partnering with BT, Rogers, Swisscom, Telia, and Verizon to integrate users' mobile identities into Microsoft Teams. With Operator Connect Mobile, Teams users will be able to access their Teams voice services from any device, including laptop, tablet, deskphone, or mobile phone, allowing them to combine call histories and unify voicemails. Additionally, the service can be configured so calls from users' devices appear as though they’re coming from the organization, not the workers' personal mobile numbers.
Users will also be able to move calls across networks and devices. For instance, they can take a Teams call on a mobile carrier while commuting and then continue that call on their office's Wi-Fi network as they enter the office. Operator Connect Mobile also ensures that these calls can be recorded and retained in compliance with business practices or industry regulations.
Operator Connect Mobile for Teams Phone will enter preview in the second quarter with select partners, and Microsoft is working on adding additional operators for other markets.
(See related: Microsoft Set to Launch Operator Connect, What's Next?)
Microsoft adds more hybrid work features for Teams
The new features were developed in response to frequent situations in a hybrid workforce, as Microsoft wrote in a blog post and include:
In device-related news, Microsoft shared:
Lastly, Microsoft revealed the Inspiration library for Viva Insights, which provides users access to curated content and best practices from sources like Harvard Business Review or Thrive within Teams. A preview for the Inspiration library will roll out to Microsoft 365 users with the Microsoft Viva Insights app later this month, which will be available in 11 additional languages by end of April 2022.
Slack iPad app update brings its closer to desktop app experience
The collaborative workspace platform revamped its app for Apple tablets. The changes include:
“The iPad is a unique device that demands the power of a desktop experience with the simplicity of a mobile app. Our updated iPad app bridges this gap and allows users to stay productive, organized and connected to their digital HQ in a work-from-anywhere world,” said Slack group project managers Akshay Bakshi.
Editor's Note: No Jitter Roll will not be published next week. We'll be at Enterprise Connect next week, learning all about the latest workplace strategies and the must-have technologies for the changing workplace. There's still time to register for the in-person and virtual events. See you there!