Inventories Can Ease the Pain for Communications Infrastructure Pros

When two companies merge, IT teams will often need to bring telecom services under the same roof — and a comprehensive IT inventory document can help with that process. 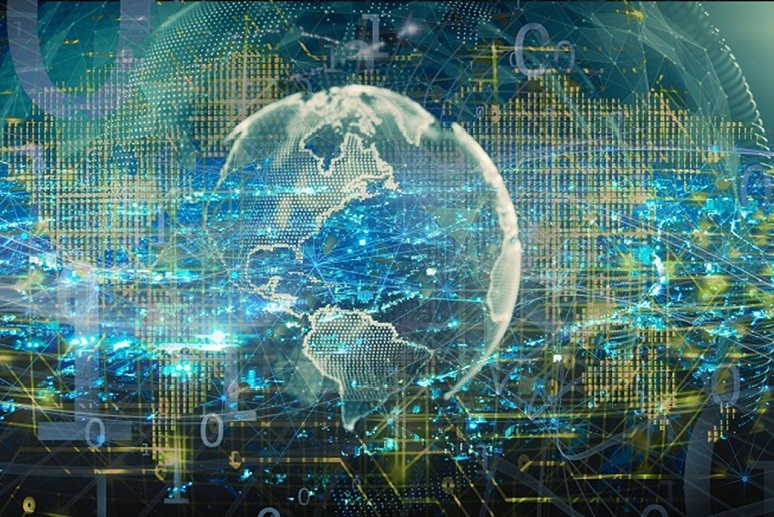 Image: Data Transformation - Alamy Stock Photo
In the current sort-of post-COVID environment, we see a lot of mergers and acquisitions occur. Having spent quite a bit of my consulting career working with clients who were either merging or acquiring/divesting, I’ve seen my fair share of great and not-so-great outcomes.
In the heat of the hunt, a company acquiring or “merging interests with” another company may focus on the big issues, or at least what they believe are the biggest issues: human capital, real estate, customer bases, product redundancy and the like. Often, the telco sector of the businesses isn’t seen as important compared to other areas. However, this doesn't mean that the merger isn't important to those who work in the communications infrastructure.
In this tale of two mergers, let’s examine what the two companies did during their merger activities, and perhaps we can learn what works best from a communications infrastructure perspective.
The first company, a hospitality company we’ll call “Company C,” went on a buying spree, acquiring smaller competitors at a rapid pace. They correctly did all the top-level things we’ve described: they made sure there were no staffing shortages, consolidated purchasing systems, and processes, integrated them into the corporate email platform and minimized customer turnover through positive rebranding communication.
They failed, however, to review and document telecom and data communications services. As a result, they faced large budget overruns due to duplicate carrier billings, frequent outages due to non-payment of legacy carrier services, and other inconvenient infrastructure-related costs, such as cell phone bills doubling. As executives congratulated themselves on the portfolio increases, the profit margins suffered, and shareholders were scratching their heads. The user community also suffered: telephone systems were no longer supported by the vendors that had previously served the now-subsidiary companies, so the desk-to-desk dialing and corporate conferencing conveniences were out of the new properties’ reach.
The executive branch turned to the IT department and demanded a fix. The fix eventually came, but at a cost: contracts in force with the acquired company were terminated; early termination penalties were steep. Carrier billings were ignored since they were not being sent to the new parent’s HQ but to the property itself. The remediation was lengthy and painful, taxing an IT department already at capacity.
The second company, what we’ll call “Company A,” learned early on that establishing a comprehensive inventory of telecom and datacom services, contracts, vendors, and details not only made their daily jobs much easier and streamlined invoice-to-payment timeframes. But it also became a valuable tool once Company A was targeted for merger. In fact, the acquiring company had fortunately also established a living, frequently updated inventory which greatly eased the burden on the IT departments during a time when maintaining continuity of communications services was critical.
Company A moved through its acquisition by another company with greater ease than Company C did. Why? Perhaps in the case of Company A, both the organizations involved understood the value of IT communications services as assets to be carefully managed and documented.
So, if we now know that establishing and maintaining an inventory of telecom and data communications assets is of value; whether a company is being acquired, acquiring, or remaining static, how do we begin?
As I often advise my clients, identifying and controlling telecom and data communications costs can be like herding cats. Things are constantly changing. New lines are added. Employee turnover can result in enormous zero-use cellular device costs. Contracts expire, and monthly recurring costs jump. And all the while, accounts payable keeps writing checks, often not noticing that the bills have increased.
The best way to start herding cats is to find and tag all the cats!
Creating an inventory of in-place services involves doing an audit. During a communications services audit, which can be done internally or through a resource such as an Audit/Cost Control Consultant, each service being paid for is identified and documented in its entirety. Here's how we do it:
It's a great deal of work, but there are multiple benefits. First, we can see at a glance if we have a contract about to expire that we need to renew or shop around for. We can immediately spot any changes in invoice amount due to a billing error (like that never happens, right?) and find out if a disconnect order didn’t stop billing. We can see if our cellular provider has changed plans affecting our bill and spot zero-use-device charges before they escalate out of control. We can make it easier to conduct service reviews with providers or issue Requests for Proposals when we want to shop for better rates.
And we make life so much easier for ourselves overall, whether we’re the target of a merger or just keep on keeping on. We make our shareholders happy, and our executives brag about their stellar IT department because we have such a great handle on our environment.
The moral? Even if you're not planning on being acquired, act like you are—be like the inventory-having Company A!

Enjoy incredible speakers, insightful educational sessions, and plenty of networking opportunities for consultants at the SCTC annual conference, Oct. 23-26 in Dallas, TX. The conference is open to everyone.