Don’t Call It A Comeback: Voice is Alive and Well

COVID-19 has reset the roadmap for our future, but voice communications are just as mission-critical to business operations today as ever before. 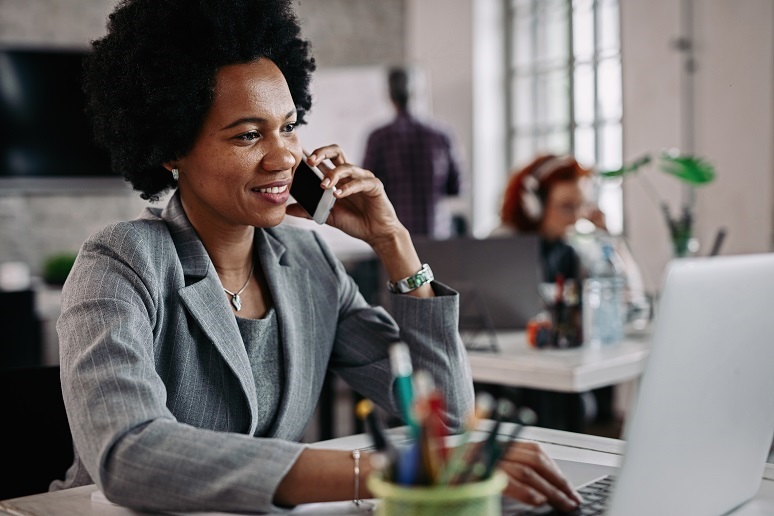 Image: Drazen - stock.adobe.com
When the shelter-in-place orders first became widespread back in spring, the nation’s largest telecom companies made an interesting observation. Within those first few weeks, AT&T and Verizon reported the number of voice calls increased by as much as 25 percent, while the length of those calls went up more than 30%.
The overnight jump in traditional voice calls, which had largely been written off as being outdated, prompted national headlines. The media was waxing nostalgic about the humble phone call making a comeback and theorized that Americans began phoning friends and family again because voice calls provide the human connections that people were missing when the pandemic halted face-to-face social interaction.
I won’t argue the data. I certainly believe the telecoms when they say there was a “jump in voice calls” during those first weeks of the stay-home orders. But the idea that this jump represents a “comeback” might be a reach too far. Instead, I would argue that the spike came from professionals who once met face-to-face in the office but were now “dialing-in” to conference calls from home.
With that in mind, millions of office workers were still using a traditional desk telephone to communicate with clients and customers—until the pandemic struck, and they couldn’t get to it. Suddenly, these same employees reached for their mobile phones from home and called into a conference line.
Mobile phones also came to the rescue for a simple client call or business meeting. Instead of the half-dozen or so people gathering around a conference room table at the office, they each made a phone call. That’s six voice calls that otherwise would have never been placed pre-pandemic. Multiply that by the many meetings held per day at millions of companies across the nation, and it’s easy to understand how there might have been a significant jump in voice calls.
Voice communications are just as critical to business operations today as they have been for generations. While modern office workers have a greater number of communications tools at their disposal—from messaging to video to phone—they need access to them at all times, from all locations. The demand for anytime/anywhere access that could also scale for usage spikes paved the way for cloud-based communications platforms.
While advanced technology tools such as videoconferencing, real-time screen sharing, integrated chat functionality and file sharing generate the most buzz around these platforms, it’s the reliable, carrier-grade voice quality built into the platform that determines the experience.
Anyone who’s ever been on a conference call has certainly experienced someone’s voice breaking up or muffled by background noises and understands how quickly these disruptions can bring a meeting to its knees. A survey by headphone manufacturer EPOS found that poor sound quality on voice calls lead to almost 30 minutes of lost productivity each week as users have to follow-up on details that got lost in the conversation. A large majority of those surveyed said that they have experienced some of the quality-related distractions while on business calls.
The survey also noted that it wasn’t just productivity that was compromised. A poor audio experience also impacted client or customer experiences, with 23% reporting dissatisfied clients, 19% losing a business pitch, and 18% losing a valuable piece of work. That’s why modern, tech-driven communications platforms must provide a carrier-grade voice quality that companies have come to expect from the telephones that are sitting idle on empty desks back at the office. People naturally turn to voice calls - or video calls, which also includes voice for real-time business meetings because it remains the most effective way to get work done.
A year ago, analysts projected that the adoption of cloud communications platforms would continue at a paced growth rate, consistent with companies adopting other cloud-based technologies. From services to integrations to use cases and redefining the market, 2020's events likely shattered every projection and forecast, which allowed the industry to reset the roadmap for the future. But if companies have learned nothing else from managing a remote workforce during a pandemic, they now understand the value of voice.
Whether it’s an old-school, traditional telephony system or an advanced unified communications cloud platform, voice communications didn’t make a comeback. It was always alive, well, and important. The pandemic just enabled a renewed sense of respect for the simple voice phone call—a reliable, tried-and-tested technology that remains mission-critical for business.