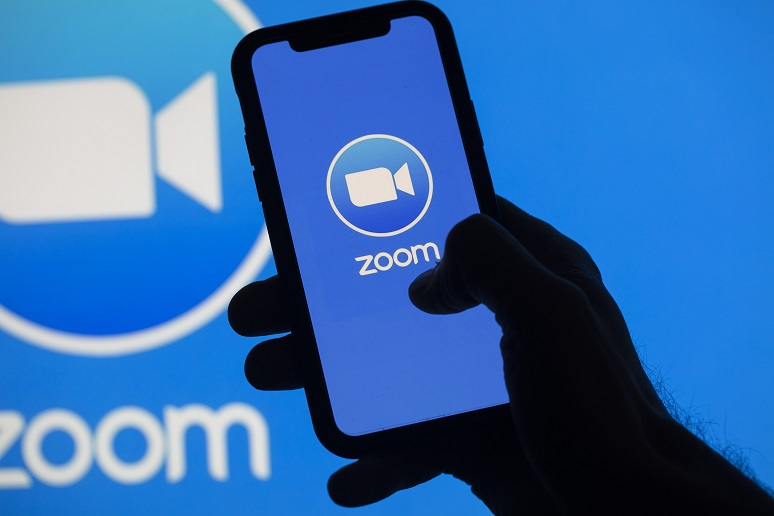 Image: ink drop - stock.adobe.com
Zoom this week announced results for its fiscal year 2022 second quarter, which ended July 31, 2021. As has become the norm, the company put up a strong beat.
Taking a Closer Look at the Numbers
This quarter was a milestone, as it was the companies first billion-dollar quarter — congratulations to Zoom CEO Eric Yuan and team. Revenues for the quarter were $1.02 billion, handily ahead of the expected $990 million and up a whopping 53.7% year over year. Not bad for a company that just turned 10. Looking at earnings, the company posted $1.36/share, again well ahead of the expected $1.16 and up from $0.92 a year ago.
Despite the strong numbers, the stock traded down about 12% after hours due to a light forecast. Total revenue is expected to be $1.015-1.02 billion in the third quarter, slightly ahead of the consensus of $1.01 billion. Zoom also provided full-year guidance for fiscal year 2022 in the range of $4.005- 4.015 billion, up from the previous guide of $3.99 billion. Although Zoom did technically beat and raise its guidance, much of the Street was hopeful for a stronger outlook, which is why the stock price had moved up sharply in the week leading up to the earnings call.
Looking at the customer base, the number of customers contributing more than $100,000 in trailing 12-month revenue jumped 131% over the past year to 2,278. Also, the number of customers with greater than 10 employees grew 36% over the year to over 504,000. This is good to see, as Zoom has had significant churn in companies where employees were sub-10. Also, the trailing 12-month net dollar expansion rate in customers with more than 10 employees was 130% for the 13th consecutive quarter showing Zoom is selling more to its existing customers.
Zoom Embraces Hybrid Work
I do a fair amount of work with buy-side firms, and we discuss Zoom stock the most. Some think Zoom stock to be expensive and expect to see the stock correct a bit more, eventually falling to well under $300. In reality, Zoom trades at a multiple close to Salesforce and ServiceNow. Also, within its peer group, it has better margins, revenue, and growth. The big question about Zoom is what the post-pandemic world will bring, and this is where there is a large amount of misunderstanding about the company.
First, with the Delta variant and vaccine rates, who knows when the post-pandemic era will arrive. Based on my conversations with business leaders, employees will be working from home for several months more at a minimum. One CEO I talked to recently said she wasn’t even going to address returning to the office until January. With many other business leaders eyeing the beginning of 2022 as the return, we should expect another quarter or two of pandemic-rate utilization for Zoom.
The second, and more important point, is that Zoom is a hybrid work company — not a work-from-home one. Zoom has room systems, phones, apps, events, webinars, and more. At one time, the company could have been thought of as a PC-based video company, but that day has long passed. Zoom is now a platform company, and regardless of whether we are in the office, in a hybrid model, or at home, the company plays a critical role in communications. On a related note, Zoom Phone hit the two-million seat mark, which is certainly notable. Once the Five9 acquisition closes, Zoom should be able to accelerate growth and profitability as the contact center is on the cusp of another wave of growth.
Zoom Apps Fund Is Key to Zoom’s Future
In other news, Zoom announced that the Zoom Apps Fund completed its first allocation of investments in its developer ecosystem in just over four months. This is part of the previously announced $100 million global venture fund to support the creation of Zoom Apps and integrations. Zoom currently has invested in over a dozen apps. Below are the portfolio companies it has announced:
While the financials will generally dominate the news cycles, the Zoom Apps Fund announcement is critically important for Zooms long-term growth and stability. Zoom is a smart company, but it has a very limited scope of how Zoom can be used. With this investment, Zoom can tap into the massive number of developers, bringing new use cases to Zoom customers that the company itself could not develop.
For hitting a billion in quarterly revenue, Zoom certainly deserves congratulations. However, if Zoom executes on its Apps strategy, it shouldn’t take 10 more years to get to two billion a quarter.