WFH as a Lifestyle: Are We Ready?

Without the contextual framing of communications and information tools, we might be missing the bigger WFH picture. 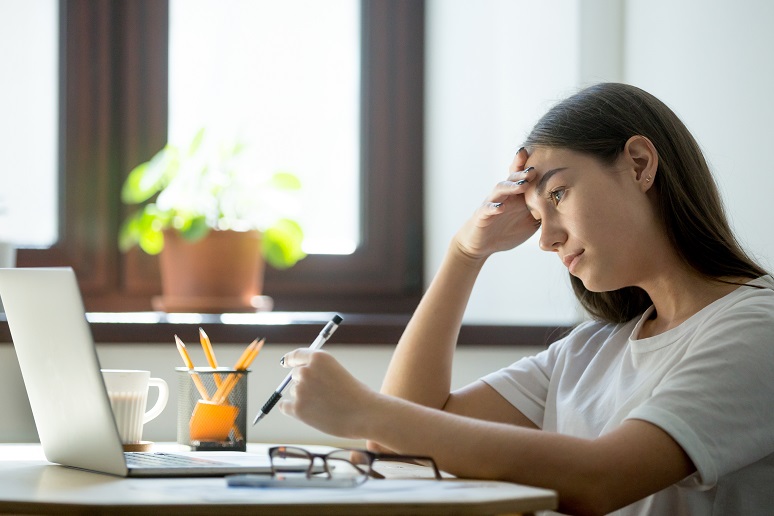 Image: fizkes - stock.adobe.com
COVID-19 is presenting us with challenges the like of which have never been faced in an industrial society. How you can have a “society” without socialization may be the biggest challenge of all, one from which many other challenges then emerge. We’ve talked up work from home (WFH) for decades, but it’s becoming clear that very few companies actually expected to adopt it on a large scale. For most, it’s been clearly a major trial.
I’ve had just shy of two dozen companies contact me in the last two weeks to comment on and ask questions about their early experience with WFH. There were variations, of course, because the number of workers and the nature of the work will both impact both the approach a company takes and the chances it will provide satisfactory results. There were also some very interesting points common to nearly every WFH initiative.
The first point, made by every single company, was that you can’t make your entire company, or even a large part of its workforce, into a single virtual entity and expect to communicate. Most of the companies tried to do a series of “all-hands” meetings that involved a large chunk of their employees and quickly learned that the popular communications tools wouldn’t support the number of attendees. Either the tool maxed out completely, or it provided passive-listen-only support to workers beyond a relatively small number (250 was popular).
It’s probably not possible for any tool to make mass virtual gatherings practical, which means that instead of looking for one, you should create manageable teams and think about hierarchical dissemination of work, decisions, and deliberations. One company said that they created 20 teams of between 20 and 25 people, but most tried to limit their teams to around a dozen members. Divide up tasks, assign them to teams, let the teams collaborate using favored tools, and then have the team leader report upward. “Upward” here meant to a team of team-leader types, and so forth.
Another company tried to combine these two steps into one. Teams all collaborated in one virtual meeting, and the team leaders were simultaneously in a second meeting where the results of each team’s work could be discussed. This proved complicated enough to have frayed some tempers, but the company said they believed it could be made to work with practice. As a means of making fast decisions, it would be more efficient than cascading results from bottom-up and vice versa.
The second point, which all but two of the companies reported, was that the biggest problem wasn’t collaborating, but having something to collaborate on. Half the companies said that they ran afoul of security and compliance requirements when they tried to enable at-home access to some data and applications, and it took several days to sort things out. Even then, some of the companies admitted they were collaborating in WFH mode only by winking at some of their governance policies.
The most common question this group asked was whether there was a collaborative tool that conveyed access rights to information, securely, as part of the invitation to join a collaboration. They felt that would have resolved everything, and at the same time, allowed everyone in a virtual meeting to know, and sign off on, any compliance restrictions. I had no suggestions.
The third point, made by just over half the companies, was that you couldn’t translate in-office work practices into WFH form by simply connecting people at home together. People tend to forget casual interactions that an office (particularly, one with a more open floor plan) can support, and thus don’t account for them in their WFH planning. They also don’t consider that it typically takes longer for people working remotely to come up to speed and converge on a decision. They even forget that not everyone wants their home workspace to be on the monitors of all their co-workers.
Two companies said they took a day or so before launching WFH in earnest, just to work through optimized procedures that would be applied in place of office-centric work practices. These started with a team-leader collaboration to layout team assignments, then transitioned into parallel team meetings, and finally back to team-leader collaboration. They also let people turn off their cameras, and found that there was little or no difference in team productivity with or without video.
The one place where visual cues were missed was in mediating who got to talk. In teams larger than about six, people tended to step on each other. The best solution was to support a parallel texting capability (in or outside the collaborative applications) to “pass the baton.” Where whiteboarding could be used, requesting control was accomplished that way.
The final point, another one with support of all the companies, was that web collaboration based on whiteboard and file sharing, and parallel application access capability were the closest thing to the right answer that’s widely available. Pure communications-centric collaboration, video or voice, group or pair-wise, quickly became unsatisfactory because workers were not guided into a common context. Visual representations of what was being discussed were far more important than representations of other workers.
The technical people in the companies were fairly consistent in saying that if they could have used cloud tools to “mash-up” ad hoc panels, representing both the topic of the WFH discussion and the communications tools, and then present them in a customized way to each collaborator, they would have achieved greater productivity and faster. That suggests that something customizable rather than customized would be the most important contribution to WFH success.
We are more dependent on information technology today than we’ve ever been, and yet it’s clear that we’ll become even more dependent in the future. Unless we want to assume that there will never be another driver for WFH like COVID-19, we need to think in terms of framing our information and communications tools contextually, or we’ll risk losing the WFH option completely.