Video aspects of virtual meetings, whiteboard sessions, document editing—these are only some areas where they notice the most issues. 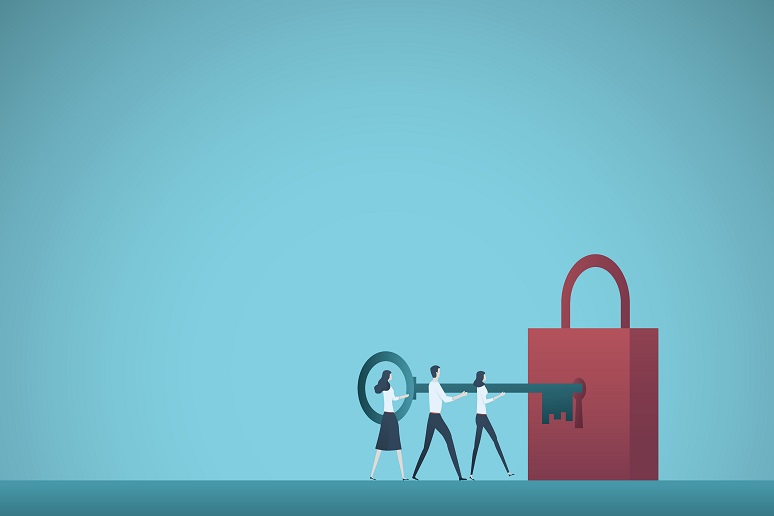 Image: jozefmicic - stock.adobe.com
Nobody doubts that the virus and lockdown have changed work practices, and many will likely never be the same. At the same time, our experience in this crisis should have given us some insight into what collaboration tools and techniques have worked, and what needs improvement. Two months ago, I started pulling data from cooperative users, and I want to summarize the results here.
Let’s start with things users think are generally working. Collaboration starts with something to collaborate on, meaning that remote workers (remote from the office and each other) need to be able to access their usual mix of applications. There have been some glitches early on in providing application access, and users still think that security for remote worker access to applications needs improvement. But the mechanisms seem to be supporting workers, where broadband resources are adequate.
Two-party communications, either in voice or video form, is also generally seen as effective. Again, there were some early issues in picking the right tools, and the fact that two-party communications are almost personal has led to people picking their own favorite tools, which has impacted the ability to expand pairwise communications to larger groups or meetings. Still, very few users said this was a significant problem.
Where do users see issues, then? The first place is in the video aspect of virtual meetings. If we imagine a meeting taking place in a real conference room, it's apparent that people often sit around a table. That means any two people are minimized, but we can see everyone at once. In a virtual meeting, we often have a tiled approach, an array of images that represent the people involved, and that’s fine as long as the number of participants isn’t too large.
As the number of people increases, the size of the images necessarily decreases. At some point, it becomes difficult to see the expression on people’s faces. Systems today usually fill the screen with the speaker, which is fine if the speaker is the only one that you want to watch for visual cues. Users say that’s often not the case, and what they’d like is the ability to control the visual field explicitly, so that they can “scan” important people to see how they’re reacting – only about 40 percent of users rate “meeting imagery” as fully-satisfactory.
The second issue area is related to the first—the “meeting.” Most meetings include presentations (slideware), whiteboard sessions, or both. In a virtual meeting, it’s almost impossible to get the presentation or whiteboard to a size where it’s readable, without reducing the real estate available for the views of the attendees. The presentation problem is significant enough to be rated as “serious” by over half of the users I contacted, but the whiteboard problem is worse.
It’s hard to read a whiteboard when it’s shown via video. Whiteboard tools are easier to read, but the use of a screen and pointing system requires significant work to adapt to those well-known whiteboards and flipchart easels. With a pen/tablet combination, it’s fairly workable, but fewer than five percent of users say they have those tools available. With a mouse? It’s way less productive than a real whiteboard, according to almost 80% of users.
Then there’s collaboration on documents, which is by far the worst problem of all, according to users. Over 90% say that document collaboration is unsatisfactory. The problem lies in resolving editing control. Most systems will explicitly pass this to one and only one person at a time, which is fine as far as editing control goes. The difficulty comes in how the people in the virtual meeting interact and contribute thoughts and text/drawing suggestions. For that to work, people need to see the document and each other for visual cues.
Document collaboration, according to users, is more challenging than whiteboard or presentation work, because the document has to be readable by all. In a presentation or whiteboard session, the speaker usually explains things, countering what might be hard-to-see text or drawings. Users also say that there’s a real value to more dynamic collaboration in document editing, and that poses the biggest challenge of all.
One user wondered why, if a videoconference system could highlight the speaker’s image, a collaborative document process couldn’t accept text or drawing commands from multiple people. Some had tried systems that offered this kind of interlaced editing, and the problem they all cited was latency. When there’s a delay, such as satellite delay, in human dialog, the people talking are constantly stepping on one another. When cooperatively editing, people look at pauses as an invitation to contribute, and they then intermingle their suggested changes with those of others.
It’s challenging to know when to contribute to cooperative document editing, particularly if you can’t see the other person using the keyboard or mouse. Over two-thirds of users said that the document collaboration process was uncomfortable enough to make them decide to share documents for comments and changes serially, rather than collaborate in real-time.
What seems clear, based on the feedback I got from users, is that we may have focused too much on the “communications” piece of UCC. When people work from home, they must communicate and get the job done differently. That’s particularly true regarding collaboration. Work from a distance is a different kind of practice, and that’s a point that we can’t afford to miss if we want to optimize our virtual workplace of the future.