We seem to have lost the focus on unifying communications, instead turning to a single model of team collaboration, supported by multi-party video. 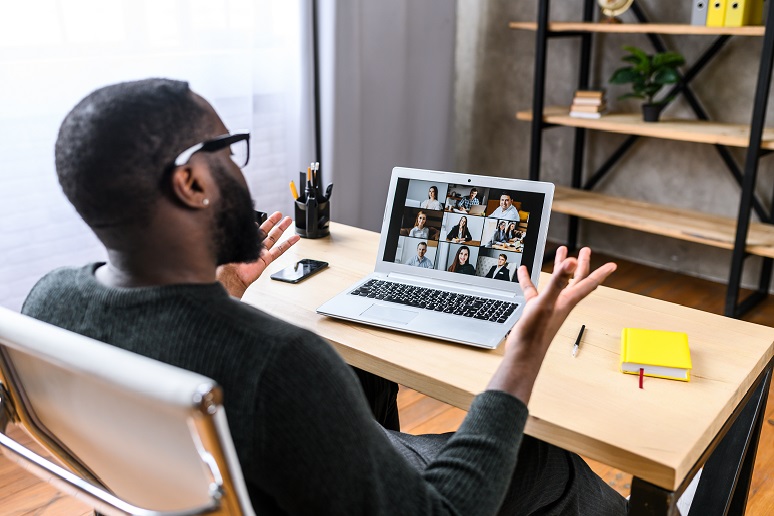 Image: Вадим Пастух - stock.adobe.com
We've been hearing that there's a generational, cultural, or even a gender gap in how people collaborate. We've heard that email is out and TikTok is in. I just heard from one source that all contact centers will have to go to live video chat, and less than an hour later I heard from another source that contact centers will never be video-driven. Then we have Zoom acquiring a contact center-as-a-service vendor, Five9. Could it be that this whole space is more complicated than we thought, and that Zoom may see an opportunity in complexity?
One thing that's clear is that everyone doesn't define “collaboration” the same way, meaning that there are sharp differences in whether it is necessarily real-time, whether it's scheduled or intrusive, and whether it's centered on some information element or application or more free-form. There seems to be strong evidence that collaboration at work is impacted by workers' personal communications behavior, creating distinct “models.” User demographics may predispose some groups to some models, but the models are what matter.
Social media is arguably the cultural phenomena of the last decade, but everyone doesn't use it to the same degree. Heavy social media users tend to be accustomed to a kind of event-driven life, one that makes communications almost continuous. They don’t see interruptions as a problem, but rather expect them. They laugh at the notion of scheduling discussions, and this carries over into work habits. Among startups with a lot of heavy social media users, for example, I've found that email just doesn't fit, and that they often use SMS/text or even two-party video more than platforms like Zoom or Microsoft Teams. In fact, they tend to have two-party extemporaneous discussions more than “meetings.”
The favoring of two-party collaboration is a reflection of a loosely coupled decision style, one where people increment their way to a conclusion through a series of fairly brief interactions, and where collective views are obtained not by assembling everyone but by successive two-party exchanges. This model seems (again) in favor by those with heavy social-media use, as well as where supervision is loose… a true team of equals.
If social media doesn't drive a casual, event-driven approach to communications, the notion of schedules, planned activities, and collective discussion fostered in offices seems the natural approach. Interruptions are intrusive and sometimes downright unacceptable. For this group, collaboration is a series of fixed, multi-party, virtual meetings interspersed with workers' own individual activities. The multi-party aspect almost demands scheduling, and so this approach fits well into corporate project-oriented thinking. This is the collaborative model that became popular during the pandemic, one based on video meetings.
Between those Zoom/Teams meetings, many who have extensive social media activity say they'd prefer to have video one-on-ones, even though longstanding research has shown that video doesn't enhance productivity in two-party collaboration. Those without the social-media focus tend to prefer either email (for non-urgent exchanges) or a voice call when a quick response is needed. Interestingly, among the roughly 40 users I’ve talked to who said they used voice calls for ad hoc discussion, a majority said they went to voice after agreeing to do so in their email exchanges.
What about the contact center, the focus of Zoom's acquisition? I asked 54 companies that run contact centers what they thought about having video chats replacing either calls or the currently popular online text chat. Only five of the group thought that they would consider this, and all of them said they'd use it for 1:1 customer support calls of high-value products and accounts. For consumer call centers, they had literally zero interest. Why? Because a video chat revealed too much about the person at the other end.
Most of the companies I asked reluctantly agreed that contact center staff were more credible if they were of the same nationality/ethnicity as the caller. Of my 54 companies, 39 said they used offshore agents, and all but 10 of these feared that having the agent visible would reduce their credibility. The 10 all supported voice connections with agents already, and four of these companies said their research showed that callers could understand agents more easily if they could see them.
Another factor of interest is the “non-human agent.” Of the 54 companies, 16 said they already used some form of automated response system to textual chats, one that emulated a real person. The other 38 said they were considering or testing it. Obviously, an automated response system can't do a video chat (at least today; deepfake avatars might change even that!). The interest in this approach seems driven in part by a desire to cut costs and deal with shortages of qualified workers, and it illustrates that even for call centers, there's more than one strategy in play.
We have a tool-centric approach to collaboration today, and we need a model-centric approach that can utilize the best tools available. We should expect tools to evolve to offer a common “front end” from which any means of communications and collaboration could be invoked. Users could shift from a Teams chat to a video call, and so forth, and tools to facilitate drawing, exchange of documents, and what-not could be standardized for all collaborative models. Zoom may want to explore this very thing through their Five9 acquisition. If so, we can expect players like Google and Microsoft to follow suit.
Unified communications and collaboration are is supposed to unify. During the pandemic, we seem to have lost that focus, deciding instead that a single model of team collaboration, supported by multi-party video, was the solution. The market is showing us that the multiplicity in collaboration models will drive multiple toolkits, and I think Zoom's acquisition is the first step in a major vendor effort to address that multiplicity.