In a recent virtual event, Slack CEO Stuart Butterfield stressed the importance of empathy and soft skills in today’s workplace. 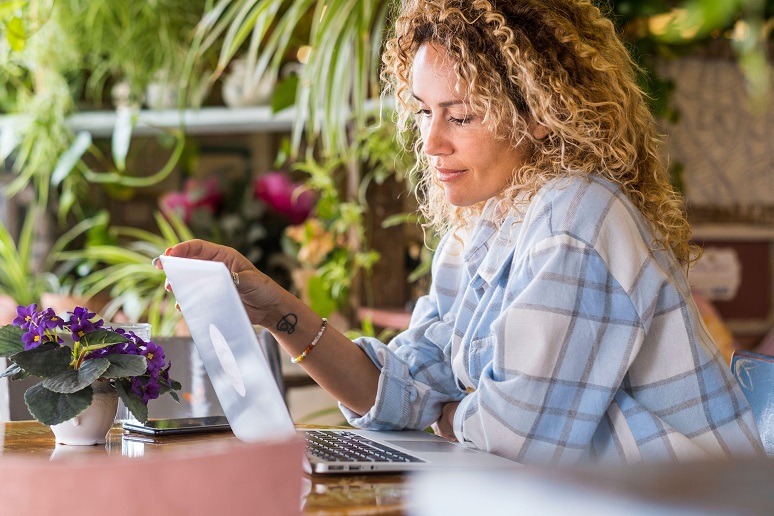 Image: fabio camandona - Alamy Stock Photo
Last week, we looked at an old-school CEO who doesn’t seem to “get” remote work. This week we’ve got just the opposite: A CEO who grasps exactly why people want to work remote. He even shows evidence of possessing that quality that’s become a buzzword these days: Empathy.
Stuart Butterfield, founder and CEO of Slack, now part of Salesforce, told CNBC this week that his experience of the pandemic showed him why working from home made for a better work-life balance. He’s quoted as saying, “For me, personally, I have an 11-month-old, and there was no ‘I’ve got to get the 6:08 train to get home’ ... and I would not trade that for anything.”
So how do you keep remote workers connected? In his conversation with CNBC, Butterfield talked up a Slack feature called Huddle, an audio-only feature that teams can use for quick access to ad hoc conversations among group members. Butterfield told CNBC it has become Slack’s fastest-growing feature ever, and he touted its flexibility compared with set time slots for 30- or 60-minute calls.
Of course, you can do something like this using the existing collaboration platforms and meeting structure. Last year I wrote about how Enterprise Connect’s event operations team created something that sounds a bit like Slack Huddle simply by scheduling a four-hour Microsoft Teams call on a day just before a critical deadline. The idea was that by keeping the call open, team members could be doing their heads-down work and shouting out to each other when they needed or wanted the interaction.
A feature like Huddle refines this idea. Your schedule doesn't have to be blocked off during the time you want to be continually accessible to your team members. And audio-only keeps people from having to worry about being video-ready for those brief, ad hoc interactions.
The point here isn’t that Huddle solves the problem of making remote work more collaborative, dynamic, or productive. It’s a feature that, apparently, many Slack users have found promising as one tool for achieving some of these objectives, some of the time.
But incremental improvements that make remote collaboration more effective can only benefit enterprises in ways that go beyond making life better for home-based workers.
Every enterprise relies on remote work. Different teams, organizations, and partners are scattered all over the world, and this was true long before the pandemic. Finding better ways for distributed workers to collaborate is what's behind much of the drive for the convergence of UCaaS and CCaaS. By definition, contact center agents aren't going to be located in the same place as the frontline workers or subject matter experts who are increasingly being seen as key parts of an improved customer experience.
We’ve already got a largely digital-native workforce. As time goes by, more of the workforce will be remote-native — i.e., they’ll never have worked in an office, or at least they won’t be Dunder-Mifflin-esque creatures of the office. They’ll have different expectations for the way you build connections and social capital with people you rarely, if ever, see in person.
One of Butterfield’s most perceptive points to CNBC was a suggestion that middle managers be better trained on “soft” skills for the new reality of hybrid work. Collaboration technology combined with empathetic management can meet enterprise needs better than back-to-office edicts.