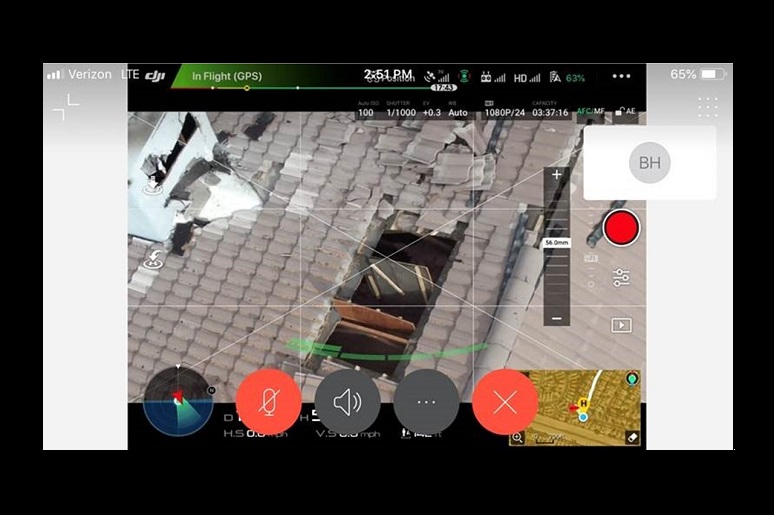 Image: Cisco
On the outskirts of Las Vegas, a fire department drone zips overhead. The drone pilot flies the device into a remote area, one not easily accessible by foot, trying to get “eyes” on a lost hiker. Outfitted with field-of-view and infrared cameras, the drone sends broadcast video to first responders, who view the footage in Cisco Webex Teams running on Apple iPads.
Speed is of the essence, and this fictional scenario is but one example of how the Henderson Fire Department is using collaboration tools to save time, resources, and more importantly, lives.
Henderson Fire Department has been using Webex for the past six years. During that time, it has added Webex hardware and devices, as well as additional Webex software in September 2019. To ensure the department was using Webex to its full capacity, it conducted a three month training program from September to Jan 2020. Now it's transitioned to the full solution and have more than 300 individual accounts for the fire department, and additional accounts for the Henderson Police and IT departments.  “Because it’s so versatile,” Webex has become the primary tool these Henderson first responders use to share real-time information, Scott Viver, the department’s deputy fire chief, told me in a No Jitter briefing.
Henderson is the second-largest city in Nevada, with a population that’s approaching 325,000. To serve the city, 33 different groups of firefighters work at 11 stations spread out across 106 square miles, Viver said. Prior to implementing Webex, communications — the type of that doesn’t lend itself well to a telephone call or an email — was a primary challenge, he added.
To address its communications challenge, the fire department outfitted every office in each station with the Webex DX80 all-in-one desktop collaboration display (see below), Viver said. Additionally, each training and day room has a Webex Board, for digital whiteboarding. And hundreds of employees have access to Webex Teams on their Android, Apple iOS, Windows smartphones or tablets for communications on the go, he added. Now that everyone in the field has a mobile device, “it’s easy for us to share live video back and forth from events,” Viver said. 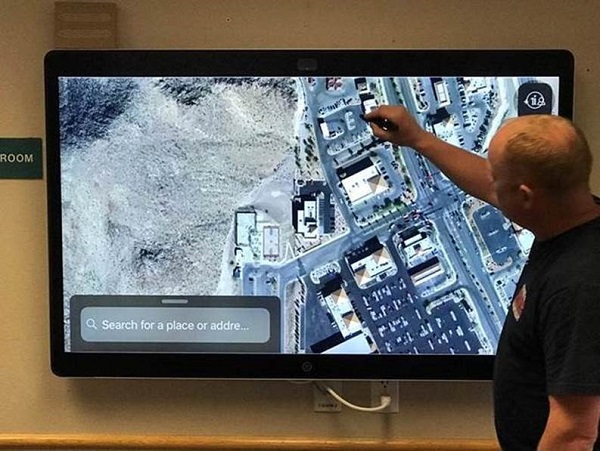 Image: Cisco
Incident commanders create a team space so all personnel on the scene and back at the remote emergency operation center can share videos and other information in a single view. This benefits incident commanders by allowing them to see a fire from multiple angles in real-time, for example, Viver said. Likewise, if crew members need additional information, like a diagram of the water system or a topographical map, the operations team can upload to Teams so it’s available at their fingertips, he added.
Webex use extends beyond the fire crew, in that the department shares several licenses with the Henderson police department, emergency management personnel, and its communication center, so they can get the benefits of two-way video, he said. In addition, the fire department can extend guest access to other first responders on an ad-hoc basis, he added.
The Henderson Fire Department expects to benefit from using Webex for real-time communications in various ways, Viver said. These include faster response times, and improvements in employee safety. With the drone feeds, for example, crew members have the ability to see a 360-degree view of a structure in real-time, whereas previously a safety officer would have to get out of their car, physically take pictures, [and then upload them], he said. “We can see where the fire is traveling [with the drone broadcast], which allows us to get resources ahead of time to combat [the fire],” he added.
One final benefit is streamlined station-to-station communications, Viver said. Previously, captains did a lot of traveling to different stations, repeating the same message over and over, he said. Now, with the Webex Board, there’s a “great big iPad on the wall,” and all they have to do is touch a screen, pick the station they want to call, hit call, and it’s working. When they want to answer a call, they hit answer, he said. added. “This system is fireproof.”