Its premium service will offer AI-powered enhancements for meetings plus enhanced webinar capabilities. 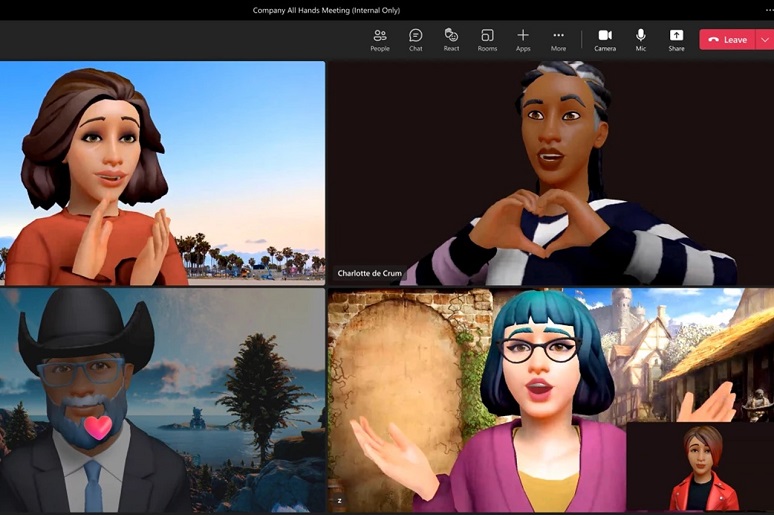 Image: Author
Microsoft announced a slew of Teams updates during the opening day of the Ignite 2022 event, offering everything from virtual avatars to collaborative canvases for group projects. Perhaps the most significant development: Microsoft Teams Premium, a new tier requiring a separate license, will debut in early 2023, with a number of new features running the gamut from information retrieval to improved security.
"This is especially noteworthy because Microsoft executives have often celebrated the 450+ Teams enhancements that have been delivered in the past year, notably at no additional cost," said enableUC co-founder and analyst Kevin Kieller.
Customers who pay for Teams Premium will have access to the following features:
Teams Premium features will begin to roll out in preview in December 2022, with general availability of Teams Premium in February 2023 and AI-powered premium features going live through the first half of 2023.
The pricing for Teams Premium is unclear. Kieller explained, "With respect to pricing, a Microsoft spokesperson indicated Teams Premium will have an MSRP of $10/user/month but in other sessions, Microsoft senior leaders suggested there may also be a usage charge associated with some premium features. Expect Microsoft to refine pricing based on enterprise customer feedback over the next several months."
Teams—the non-premium version—is also debuting features that more firmly tie other apps in the Microsoft 365 suite into what CEO Satya Nadella characterized as "the organizing layer" for all the applications needed for employees to work. One new feature: the ability for multiple Teams participants to collaboratively edit Excel workbooks in real-time via Excel Live. Users can still tweak the sheet for personal preference: Sheet Views allows everyone co-editing the workbook to sort or filter without disrupting anyone else’s view. This feature will be generally available by the end of the year.
Another new feature, Teams Live Share, turns any app shared in a Teams Meeting into part of a real-time, multi-user collaborative workflow. Users will be able to annotate and interact with the app. This ability echoes recent collaborative canvases unveiled by Slack, Zoom and Box; it's currently in preview.
Kieller put the announcements into a broader context: "Microsoft Teams remains the “center of the universe” with respect to surfacing broader capabilities for knowledge workers."
Microsoft also acknowledged that for many workers, being able to switch seamlessly between a computer and a mobile device is part of their working experience. Company officials made a point of emphasizing how Excel Live will be available on both Android and iOS mobile operating systems. And in a nod to corporate communications systems which may require business-specific policies and procedures, Microsoft announced general availability for Teams Phone Mobile. A company blog post stated: "No matter where a user chooses to work, their calls, voicemail and transcriptions go with them, while still adhering to their enterprise’s compliance and privacy requirements.” According to Microsoft, the post indicated that Teams Phone Mobile is now available with Rogers in Canada, the first operator in the world to support Teams Phone Mobile, and Telia in Sweden. Verizon, Deutsche Telekom, BT and Swisscom will launch soon.
Finally, the company rolled out avatars for its Mesh metaverse platform, positioning it as a technical solution to the social problem of wanting to keep the camera off in a meeting where everyone else has theirs on. The feature is now available in private preview for customers in the Teams Technical Access Program.