Should organizations reconsider their unified communications strategies in light of the explosion of Teams? 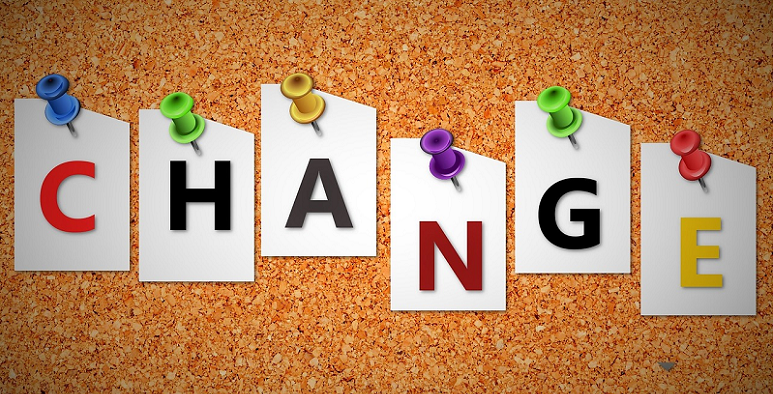 Microsoft Teams seems to have had a significant impact on the unified communications market since its release in early 2017. In fact, Microsoft claims that Teams is the fastest growing product it has ever released, with use of the app more than doubling between September 2017 and September 2018, rising from 125,000 organizations to 329,000.
So why does Teams seem to warrant such a hype, and is adoption as rapid as Microsoft claims? Microsoft has never disclosed how many individuals are using Teams, nor does it disclose how many of these have simply inherited Teams as pre-existing Office 365 users rather than making a conscious decision to use it. How does Teams differentiate itself from Microsoft’s previous collaboration offerings, or any other application on the market, for that matter?
Amongst other questions, the most pertinent is this: More on that later. First, let’s address our earlier question.
How Does Teams Differentiate Itself?
At face value, Teams seems to be a simple re-brand of Skype for Business, following predecessors Lync, OCS, and LCS. According to Microsoft, Teams doesn’t actually utilize much of the Skype for Business code, and the UC element is a total re-write. The application does, however, harness existing Office 365 Groups and SharePoint capabilities.
It may aid understanding to consider Teams as two separate products: one offering for unified communications and one for team collaboration. Whilst the UC side of things is, according to Microsoft, a freshly written offering, elements of the team collaboration functionality have been recycled from existing applications.
There is one key difference between Teams and its predecessors, however: Teams is available as a cloud-only solution -- as an application within Office 365. Microsoft will no longer offer an on-premises UC solution to its customers.
The UC Side of the Coin
Teams is to become Microsoft’s new, cloud-based UC solution in Office 365, replacing Skype for Business. The UC features in Teams include peer-to-peer voice and video calling, conferencing, individual and group personal messaging, plus enterprise telephony phone systems (subject to additional licensing).
Team Collaboration
The collaboration side of Teams is based on the previous functionality of Office 365 Groups and includes document storage and sharing, with an automated front-end to SharePoint libraries and lists, and persistent messaging organized around channels, topics, and threads.
As I’ve said, understanding of the Teams functionality can be aided by considering it as two separate products. It’s entirely understandable, however, that many consider it to be just one, as Microsoft seems eager to market Teams as an “all-or-nothing” solution. It’s this attitude that can complicate the adoption model and result in barriers to entry.
Both aspects of the Teams offering present benefits and constraints to the end user. One benefit of the team collaboration functionality, for example, is how easily users are able to share work and collaborate around it.
On the flipside, however, putting control in the hands of the user can lead to security, privacy, and governance issues for enterprise IT. An organization must consider where it’s appropriate to store data based on who will then have access to it, as well as issues relating to backing up, archiving, and so on.
The user also benefits from a UC solution that is tightly integrated with desktop applications and information. However, this is constrained by the cloud-only limitation which does not, at present, act as a full substitute for much of the functionality of a legacy telephony system.
How Should Teams Influence Enterprise UC Strategy?
It’s recommended that an organization break its requirements and the application’s capabilities into their constituent parts. From here, a business can develop a deployment plan that is focused on the benefits and not necessarily on adopting the application’s entire functionality at once.
Three partial deployment options should be considered. The first is to utilize Teams for its collaboration functionality only, without adopting any of the UC capability. The organization would retain the operation of a separate telephony and unified communications solution.
A second option is to utilize Teams for collaboration and personal unified communications, but not for enterprise telephony, retaining a traditional solution for enterprise telephony and location-based voice requirements. The third option is to utilize Teams for unified communications and telephony, whilst retaining existing legacy information storage and sharing solutions.
Any of these deployment models are feasible and can often facilitate an earlier, and simpler, entry into the Teams-based unified communications and/or team collaboration space than would otherwise be possible. Be aware that your strategy may be challenged by those who have been fed the “all-or-nothing” message from Microsoft. Document your reasoning and consider how solutions are presented to your users. Explain any unused functionality to your users so as not to cause confusion. It would be advised to have a roadmap relating to omitted functionality, even if it includes non-Microsoft-based solutions.
Is This Message Only Relevant to Microsoft Teams?
Put simply, no. Teams may be driving the conversation, but this is mainly due to the manner in which Microsoft has created an instant user base, derived from existing Office 365 users. Many vendors are adopting a similar approach, including Cisco, with Webex Teams, and Unify, with Circuit. These offerings share two key characteristics with Microsoft Teams: They are primarily cloud-based, and their functionality centers around combining unified communications and team collaboration.
Because of this, the key message applies to all vendors and offerings: Match the deployment to the requirement, and don’t be bullied into deploying all capabilities, especially when there is no business need.
Is the UC Landscape Changing?
Collaboration products are certainly changing our outlook on unified communications, but don’t be influenced by one-size-fits-all vendor messages. Instead, match solutions to business requirements and strategic direction. There may still be a place in your organization for a separate unified communications solution; be prepared to mix and match and deploy hybrid solutions where necessary.

Dive into this topic further at Enterprise Connect, in the Monday, 2:00 p.m. session, “Transitioning to Teams: What’s Your Next Move on Microsoft?” led by consultant Kevin Kieller. If you haven’t yet gotten your pass for Enterprise Connect, coming to Orlando the week of March 18, register now to save. Get an extra $200 off your pass by entering the code NJPOSTS at checkout.