Google intends to use its leadership in AI as a primary means of differentiation in the enterprise communications space. 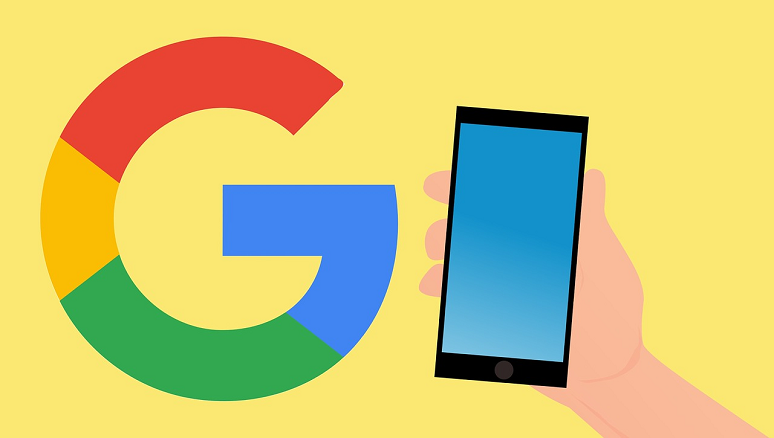 Google Cloud Next ’19, the company’s enterprise event for cloud computing, took place earlier this month, drawing some 30,000 customer and partner attendees. The idea of an enterprise-oriented event surprises those that still associate Google with advertising-based consumer services, but Google began its enterprise initiatives about a decade ago with its release of Gmail for Work. This evolved into several office productivity applications that we know today as G Suite. Concurrently, what was launched as Google App Engine in 2008 has matured into the Google Cloud Platform (GCP). Google Cloud comprises the two divisions, G Suite and GCP.
G Suite has come a long way over the years. The core suite now includes 20 applications anchored by Gmail. At this year’s Next event again, Google had a clear focus on communications and collaboration. The big announcement was the general availability of Google Voice UCaaS, as fellow UC analyst Zeus Kerravala covered in his recent No Jitter post, but there’s more to the story.
Evolving in the Cloud
Google is clearly passionate about the cloud and recognizes that productivity, workflow, and communications are becoming increasingly interconnected. Google itself has over 99,000 employees scattered across 53 countries and is now seeing over 300,000 meetings a day. For it to operate at this scale, it needed to improve its apps.
The core apps for communications and collaboration are Hangouts Meet (conferencing), Hangouts Chat (team messaging), and now Google Voice (calling). Meet and Chat were made generally available last year. Google intends to further communications and collaboration with these integrated apps by leveraging its leadership in artificial intelligence (AI).
Myself and many others expected Google to launch enterprise UCaaS a decade ago. It seemed imminent in 2007 after Google acquired Grand Central. But the service resulting from that acquisition -- the original Google Voice -- was primarily an inbound call routing service. Google Voice had a few upgrades over the years, but it has taken until now for the service to present itself as a viable option for enterprise UCaaS.
Today’s Google Voice is a reasonable UCaaS service, albeit basic. It’s available in eight languages and 11 countries, and it works within the Chrome browser and with select Poly endpoints. As I said, basic. However, it does have some extraordinary AI-enabled features.
Differentiating with AI
The early version of Google Voice was one of the first services to offer voicemail transcription. That speech-to-text feature is still there, but now there’s also a new text-to-speech capability for voice synthesis. With this feature, auto-attendant ‘recordings’ can be created by typing text in the web portal. Google Voice converts the text to natural-sounding speech.
Google has previously demonstrated its human-like bots with its Duplex AI system. Duplex allows a bot to place outbound calls to perform common tasks such as setting an appointment or reservation. Duplex is not included in Google Voice, yet.
The need to screen and block robocalls is becoming urgent. Google Voice offers a call filtering capability intended to block inbound robocalls. Few details are available, but Google was a pioneer with cloud-based email spam filtering. Google also has a call filtering capability in its arsenal currently only available on its Pixel smartphones. A chatbot queries callers about their identity and purpose for calling, and the responses are transcribed in real time on the smartphone’s display. The call can then be answered or reported as spam. Perhaps this feature will also make its way to Google Voice down the line.
Speaking of the Pixel phone, it also provides an example of how Google is using AI to differentiate its products. The specifications of the camera on the Pixel 3 are nearly the same as the Pixel 2, however, it was the AI-enabled features that earned the Pixel 3 the title of Best Smartphone Camera by Engadget.
Google has also been using AI to improve Gmail. Last year, Gmail users benefited from a predictive text capability, called Smart Compose, where Gmail predicts upcoming words or phrases. The user can accept the proposed text with a single stroke of the tab key. Google claims the feature saves 4 billion keystrokes per week. At Next ‘19, Google announced that Smart Compose is available for mobile devices, in four more languages, and will now learn personal expressions.
Hangouts Meet is also using AI as a means of differentiation. The company announced at Next ‘19 a new captioning capability that provides real-time transcription of what’s being said. Meet also offers adaptive layouts, and to facilitate scheduling, Google offers a Meeting Bot within Chat that suggests meeting times that account for participants’ schedules and time zones.
Hangouts Chat is Google’s third generation of messaging. The new Chat adds to its familiar one-on-one UI the concept of rooms or teams as well as a bot framework. Chat, like Hangouts Classic, offers Smart Replies, which provide multiple one-touch suggested responses based on the conversation. Google is currently testing support for external users for Chat, and intends to roll the feature out later this year — as well as discontinue Hangouts Classic.
The Big Picture
The new G Suite -- especially later this year -- offers a powerful communications and collaboration solution set. Is it enough? Google doesn’t have a monopoly on AI. Google’s top competitors in the UC space -- Microsoft, Zoom, and Cisco -- also have some pretty compelling AI features, and Google’s productivity apps still have gaps in features and global reach.
But Google has the components and wherewithal to be a disruptive player in enterprise communications. Five million business users will have Hangouts Chat and Meet integrated into their Gmail later this year -- without the need to install new software or create new accounts. The telephony add-on service starts at $10 per user per month.
However, it’s hard to evaluate cloud services at any given point in time. What often matters more is the rate of innovation. G Suite is becoming very comprehensive and very integrated. Google Next, as a conference, is getting bigger, as are the customers and brands that attend it.
Dave Michels is Contributing Editor and Analyst at TalkingPointz.