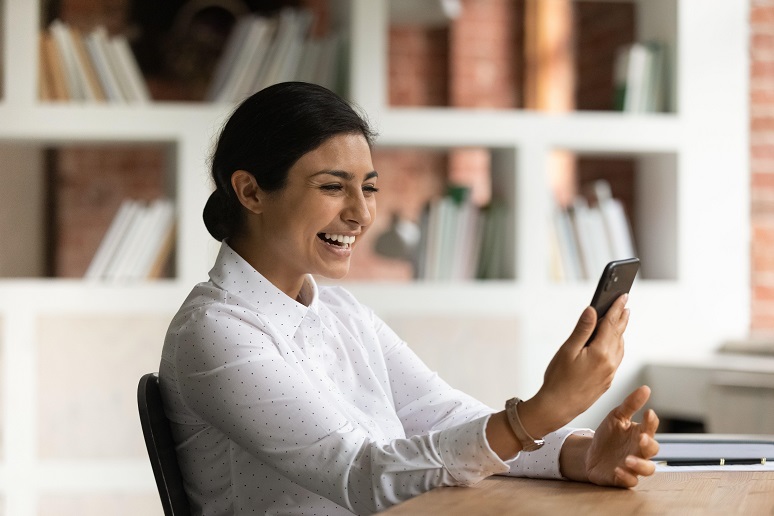 Image: Aleksandr Davydov - Alamy Stock Photo
Earlier this month, cloud communications provider Bandwidth announced its new Send-To product. The native messaging app works with both Microsoft Teams Direct Routing and Operator Connect and enables users to send SMS texts directly in Microsoft Teams instead of having to use their personal phones, which is both more efficient and faster. Users have a wide range of communications options available to them, but they often have to be the integration point for the technology creating complexity and often frustrating them.
The new Bandwidth solution is an elegant way to let users contact non-Teams users from the same application they use to collaborate with team members. This app expands Bandwidth’s Duet for Microsoft Teams offering beyond its current capabilities, which include voice and E911. In a way, Bandwidth is unifying unified communications.
One challenge for messaging apps like Teams is that the reach is limited to other Teams users. Workers can message co-workers and even people in other companies if they have the client, but what about the rest of the employee base? Or partners? Or customers? In this case, they would typically use SMS, as it’s the only messaging tool that nearly everyone has. This also prevents workers from having to message from their personal phone numbers, which obviously has some privacy implications. In the consumer space, apps like Uber can mask the number, but this hasn’t really been the case in the business world. In some industries, this can have some significant compliance and governance issues when the use of personal devices is frowned upon and often prohibited.
One of the early adopters of Send-To is Camden Property and Trust, a real estate investment trust company with over 58,000 apartments in over 170 communities. Camden experienced Send-To and used it to speed up its employee recruitment process. Its traditional process uses email and phone calls, both of which experienced lengthy delays in response due to prospective employees being busy working during the day. This created unnecessary friction in the recruiting process, lengthening the time to hire, putting Camden at a competitive disadvantage. The company tested Send-To to send text messages through Microsoft Teams instead and saw significant time savings. The time recruiters spent coordinating interviews was cut from as much as two days to as little as two minutes, as the prospect received the SMS on their phone and was able to respond immediately.
Feedback from the Camden team was more than positive. “Send-To has revolutionized our recruitment efforts,” said Allison Dunavant, VP of organization development at Camden. “The high open and response rates of text messaging enable our recruiters to reach prospective employees much quicker than through traditional recruiting methods. We’ve been able to bring on new employees much more efficiently and streamline our recruiting communications into a single, more effective channel.”
The world is rapidly shifting from working from home to working from anywhere, and that creates some challenges for workers. While the primary work device for people sitting at a desk remains the desktop, that is not the case for people on the move. Many remote employees, field service people, retail customers, and in Camden’s case, prospective employees tend to work with a mobile phone first, or sometimes, it’s their only device. In this case, apps like Microsoft Teams are ineffective, as they require a client and do not take advantage of native messaging capabilities.
When users are communicating with people not in their immediate network, the most likely communications tools are the ones that are ubiquitous – voice and SMS. Bandwidth has tackled voice integration with Teams and has now brought native messaging to it, which gives users choice in how to communicate.