Avaya Innovation on Display at GITEX 2018

GITEX Technology Week 2018 is taking place this week in Dubai. This is the region's largest tech show, featuring almost 5,000 exhibitors and a whopping 150,000 attendees, so if you're not familiar with GITEX, you should be. As it has been in years past, Avaya is a major sponsor, using the event to highlight a bunch of newly released technology.

The product highlights span different product portfolios and use cases. Here's a look at some of what Avaya is showcasing at GITEX. 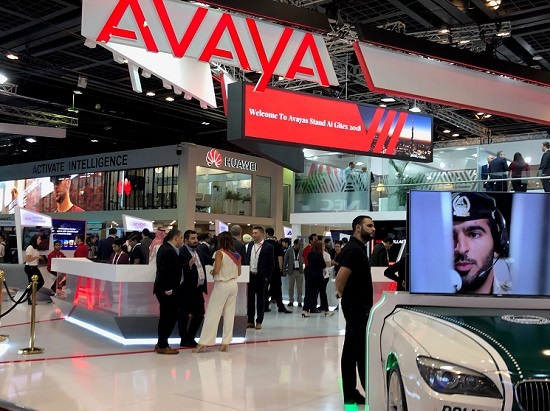 Contact Center Updates
The contact center enhancements are the centerpiece of the Avaya booth. In addition to new features, Avaya is showing how integration between UC and contact center provides the ability to transition seamlessly from one to the other. A number of use cases show how a contact center interaction could start with a call initiated from a request made via an Amazon Alexa command, SMS, or chat. Once these conversations start, the agent can seamlessly bring in other experts and flow from one medium to the other. The backend is now a single, unified communications platform.

Avaya also is demonstrating real-time translation between an agent and a customer. One of the challenges for businesses that serve people in different languages is being able to find someone who understands the local language. With this new capability, Avaya will enable on-the-fly translations so agents and customers of different languages can communicate. The only thing better would be the Star Trek universal translator.

Another interesting feature is sentiment-based routing, which Avaya says results in higher first call resolution. Avaya's Oceana software listens in conversations for negative comments from customers. When it hears something negative, it sends an alert to a manager or other person who can address the situation. In one example, a consumer applying for a car loan complains about the interest rate. Without any action from the contact center agent, Oceana flags the negative sentiment for a manager to see. Based on credit history, the bank approves a lower rate and notifies the agent with a pop-up -- and the customer is offered a lower rate almost instantly.

To show advanced biometric capabilities, Avaya set up a mock remote bank machine at its booth that allowed a customers to sign in using facial recognition and fingerprinting. Once authenticated, a remote teller could approve a credit card, which the machine would then actually print.

At first I was a bit skeptical that people would use this sort of dashboard, but then I saw a demo of what happens when an employee initiates a calling via speech command. Once the call begins, the information on the dashboard changes to reflect actions between the employee and the called party. So if asked Eva to "call Dave Michels," the display would change to show me Dave's last dozen or so Tweets, any emails between us, CRM records, past meetings, and other information specific to him.

I believe this could be game-changing technology that fuels contextual conversations. With all the email, meetings, and other activity we have today, it's impossible to recall everything and this sort of digital workspace would make that easier. Avaya told me it could bring anything with an API into the dashboard, including Slack, Salesforce, or vertical applications.