Microsoft Teams strengthened its position in 2022 while other vendors deal with management and financial disruption. 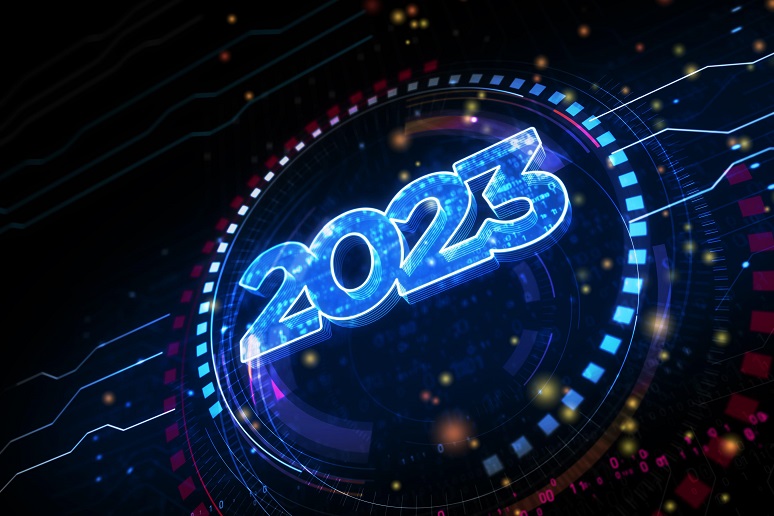 Image: Skorzewiak - Alamy Stock Photo
There are a handful of stories in the unified communication and collaboration space that stand out in 2022, with Microsoft Teams' expanded calling capabilities being front and center. It's a story that starts in 2021 and picked up momentum in mid-2022.
Microsoft Teams has become a leader in the unified communications as a service (UCaaS) market, but success with voice has never been at its core compared to most other providers. However, the demand for Microsoft Teams calling is high. The launch of Microsoft Operator Connect towards the end of 2021 promised easier implementation of calling with Microsoft Teams. The cost and complexity of Microsoft Teams direct routing solution had previously put PSTN calling out of reach for many businesses, so Operator Connect had the potential to give Microsoft Teams users an easier path to PSTN-enabled voice connections.
The reality ended up being much harder than promised with Operator Connect and its SIP trunking partners. By the summer of 2022, Microsoft had launched the Operator Connect Accelerator Program, providing network operators with a turnkey solution to bring calling services to Microsoft Teams. The Accelerator program provides a suite of capabilities, including managed SBC as a service, API bridging to the Operator Connect APIs, integration into OSS/BSS platforms, and network as a service into the Microsoft Teams cloud. Vendors benefiting from the program include Audiocodes, NuWave, Ribbon, Sippio, and Microsoft’s own Azure for Operators (formerly, Metaswitch). And then, there are several UCaaS providers, including RingCentral, 8x8, and Vonage, that are taking advantage of the challenges around Microsoft Teams calling by aggressively marketing their own direct routing services coupled with their voice solutions.
Another story that shaped the UCaaS landscape this past year: While operators continue to be successful with voice trunking, they continue to see demand for UCaaS services, but many are choosing not to manage and maintain their own platforms. Instead, more operators are opting for partnerships. Notably, Lumen partnered with Alianza for its own branded UCaaS service, Lumen Cloud Communications, in April.
Then there is RingCentral, which has been steadily racking up operator partnerships. In 2022, it added Spectrum to its operator roster. The cable operator launched Spectrum Business Connect with RingCentral and Spectrum Enterprise Unified Communications with RingCentral. The offerings combine RingCentral MVP with Spectrum’s internet and network solutions. With the likes of AT&T, Vodafone, BT, Telus, and now Spectrum who will be the next operator in RingCentral’s portfolio.
After two years on the job, 8x8 CEO David Sipes was removed, as rumors swirled around 8x8 shopping itself around. Sipes is a UCaaS industry veteran with a proven track record, but in the end, that wasn’t enough for 8x8 as it faces tough competition from bigger companies with more diverse product portfolios and bigger development, sales, and marketing budgets.
Avaya shook up its management ranks with the appointment of Alan Masarek as its new CEO in August 2022. Masarek had a successful stint at Vonage, where he helped transition the company from consumer to business services. The turnaround task at Avaya is significant, as it faces the prospect of yet another bankruptcy. As revenues continue to slip with fourth quarter projections being a 40% year-over-year decline, the company will need to do more than just streamline its product portfolios.
While we have come to expect mergers and acquisitions in the UCaaS market, there were only a few notable ones in 2022, including 8x8 acquiring Fuze, Ericsson purchasing Vonage, and HP buying Poly. The reality is there are still too many UCaaS providers in the market, and the big ones keep getting bigger, and the smaller providers will continue to feel squeezed.
The lack of high-profile acquisitions doesn’t mean the market lacked shake-ups in 2022. At the end of 2021, Mitel made the decision to stop operating its own UCaaS service and announced it was partnering with RingCentral. In turn, Mitel’s investor group Searchlight Capital Partners invested $200 million in RingCentral, and RingCentral paid Mitel $650 million for intellectual property rights and patents. Ultimately, Mitel had layoffs as it refocused the company on legacy, on-premises-based communication solutions.
While this past year has been relatively quiet on the acquisition front, we appear on the brink of one or two potentially big acquisitions going into the new year — 8x8 or Avaya, anyone? While RingCentral has been rumored to be in talks with 8x8, its partnership and a minority stake in Avaya would make it a potential acquirer, giving it its own contact center business and a large installed base of premises-based PBX customers in which to continue transitioning to RingCentral.
With Microsoft continuing to gain strength, a group of vendors struggling, and the macroeconomic challenges, 2023 is poised for a serious shake-up. After two years of serious disruptions and opportunities coming from the pandemic, 2022 was relatively calm, while 2023 will see the fallout of poor decisions, and leaders will strengthen their positions.