How an Amazon build or Slack buy could affect the industry

Amazon, which some analysts speculate will be the first digital company to reach a trillion-dollar valuation, has confirmed during the first half of 2017 what everyone already knew -- that it's on a singular mission to expand its reach.

In the last few months alone, Amazon picked up Whole Foods for a cool $13.4 billion, announced its own "Geek Squad" to further compete with Best Buy for electronics and home installation customers, and signed on exclusive clothing brands for Amazon Prime subscribers. 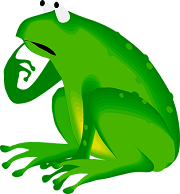 With recent rumors that Amazon is looking to either create its own team chat application or purchase team chat darling Slack, the next market to be impacted by the Seattle giant could very well be the unified communications and collaboration (UC&C) industry. Here's what you need to know.

How Amazon's UC&C Story Would Change

In February, Amazon Web Services unveiled Chime for online video and audio meetings. A month later, at Enterprise Connect, the company launched Connect, a cloud contact center solution. In May, Amazon launched Echo Show, an enhanced version (adding a camera and small touch screen) of the popular consumer Echo device, to create a UC endpoint. The addition to the Amazon portfolio of Slack or a net new team chat application would provide the company with a nearly complete cloud UC&C lineup and create a strong competitor to long-standing market leaders Microsoft and Cisco.

The "new" Amazon UC&C portfolio doesn't suffer from any downstream or legacy issues, in contrast to Microsoft's and Cisco's stables of legacy, mostly on-premises platforms and their customers, as well as Cisco's gradually depreciating on-premises phone and video infrastructure. Unencumbered by these legacy issues, Amazon has the potential for quick growth. Additionally, an Amazon team chat offering wouldn't require the Microsoft Office 365 ecosystem or any specific Cisco hardware to function well.

Amazon's UC&C growth and eventual supremacy, however, is far from a slam dunk.

First, Chime, Connect, and Echo Show all suffer from lack of enterprise credibility. A Slack acquisition or new Amazon team chat entry would do nothing to dispel the notion that the Amazon UC&C portfolio still needs to prove it can handle enterprise-grade security and scalability. Second, in comparison to Microsoft or Cisco, much of the Amazon story is still more of an AWS-oriented "build" versus a full "turnkey" story with full functionality that just works out of the box. This approach won't fly for larger business organizations that are looking for as much plug and play as possible to keep costs low. Lastly, Amazon is missing any sort of a telephony/VoIP backbone. This isn't a deal-breaker at the moment, but would eventually be necessary to help slingshot Amazon into UC&C leadership contention.

To help bridge these issues, Amazon may decide to play a pricing game by offering a cost-effective UC&C "suite" bundle. This would greatly benefit the enterprise by putting pressure on competitor price points. Neither Microsoft, Cisco, nor any of the other UC&C players have introduced any sort of a UC&C-specific bundle with cost-effectiveness in mind. Amazon is well-known for employing this price tactic for consumer goods. It just makes sense it would replicate what works.

Continue to next page