Look for 8x8 to Get Aggressive Under New CEO Sipes

This UCaaS/CCaaS provider may be down, but leadership shakeup shows it isn’t ready to wave ‘no mas’ in the cloud battle. 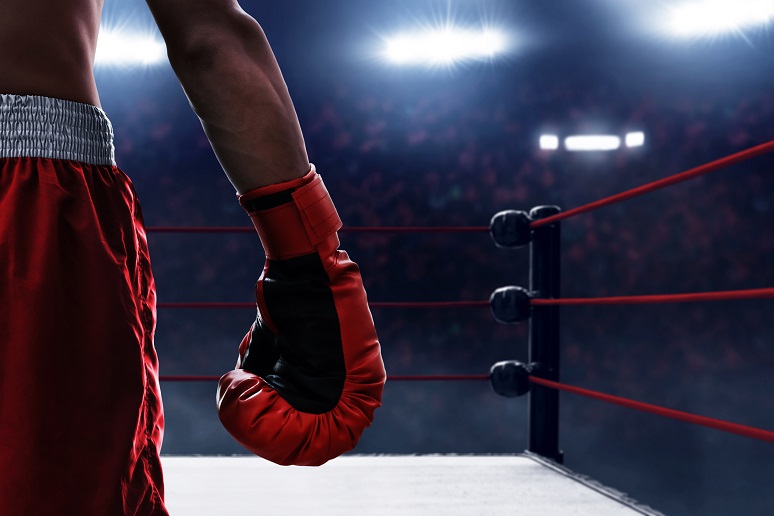 Image: fotokitas - stock.adobe.com
As I shared with No Jitter yesterday in a news post on leadership change at 8x8, I like the company’s decision to bring in Dave Sipes, former COO at RingCentral, as CEO, replacing the seven-year incumbent, Vik Verma. In fact, hiring Sipes is a tremendous move for 8x8.
A company veteran at RingCentral, Sipes oversaw the company’s rise from a niche cloud calling company to UCaaS industry leader. He left the company in June. Verma, who will serve in an advisory role during the transition, has vacated his seat on the board, 8x8 said. In addition, 8x8 announced that another board director, Jaswinder Pal Singh, will replace Bryan Martin as chairman. Martin, who is considered to be 8x8’s tech visionary, will remain on the board. All these moves give 8x8 a new set of leaders to take the company into the post-pandemic world.
I can recall several years ago standing in Gaylord Palms atrium at Enterprise Connect debating with other industry pundits about whether 8x8 or RingCentral would be the one to break away from the other to own the UCaaS market. At the time, both companies had similar stock prices and market caps. If this battle had been a boxing match, it would have gone the way of the classic 1980 meet-up between Roberto Duran and Sugar Ray Leonard… with 8x8, like Duran, waving “no mas” to the referee, clobbered by its opponent in every measure.
This market result isn’t because 8x8 technology isn’t good. During his tenure, Verma has shown tremendous vision and insight as to where the market is going. 8x8 jumped into team collaboration when it acquired Sameroom in 2017. While everyone has a messaging app today, what makes Sameroom unique is its multivendor capabilities that allow users to send and receive messages from other platforms, like Slack. In addition, 8x8 also was one of the first UCaaS vendors to roll out its own cloud contact center product. Almost all UCaaS vendors have some kind of UCaaS plus CCaaS offering, but only a few own both. The bulk rely on partnerships.
So, 8x8 had the right ingredients not just to contend but to be a market leader. But that never happened.
Revenue, market cap, and growth rates are good indicators of the gap between 8x8 and its closest competitor, RingCentral. As I mentioned, the two were comparable a few years ago; in fact, 8x8 may have been a bit bigger. Today, RingCentral is projecting its revenue for FY20, ending Dec. 31, will be $1.17 billion with a growth rate of 29.2% and a market cap of a whopping $31 billion. Conversely, 8x8 is expecting FY21, ending March 31, 2021, revenue of $522 million, with a growth rate of 17%. Its market cap is only $3 billion, one tenth of its much larger peer. Conceivably, RingCentral could buy 8x8, consolidate share, and get its own contact center. I don’t think this will happen as RingCentral is out conquering the world one partner at the time, but it is somewhat logical.
Also, 8x8 never really got a pandemic-related boost to its business, whereas RingCentral and others did. Since March, RingCentral shares have gone from $163 to $345. Zoom has exploded from $114 to the current $396, with a high of $588. Avaya has seen a nice growth curve being $8.61 in March and hitting its 52-week high of $20.47 at time of writing. In the same period, 8x8 started at $17.61 and closed yesterday at a shade over $21. You could argue that news about Sipes gave it a bigger boost than the pandemic did.
The reason 8x8 has floundered for the past several years falls at Verma’s feet. While he has vision, he hasn’t executed quickly on the sales and marketing fronts. I spoke to an equity analyst this morning who echoed my thoughts, saying: “He’s always been too cautious with sales and marketing. He has to learn everything about everything instead of trusting the people he has. He thinks about it, thinks about it some more, and by the time he does something, the market moves away. Contact center is a great example. He made the right moves but didn’t push fast enough or hard enough.”
The company also has struggled through executive churn. In the past three years, 8x8 has had three CMOs, three CFOs and two channel chiefs. Building any kind of momentum is difficult to do when you’re moving executives in and out.
Here’s where Sipes will pay dividends and will act as a catalyst for 8x8. It’s fair to say that of all the UCaaS vendors, RingCentral’s sales and marketing motions were best in class and Sipes was a key cog in putting that together. I’ve talked to plenty of investors who believe that sales and marketing were the missing ingredient in 8x8 ascending to the clouds as its peers have.
Also, UCaaS and CCaaS sales come through the channel, and Sipes will bring stability to that part of the business — but channel interest and marketing go hand in hand. Customers have many choices when it comes to cloud communications and the North American market, in particular, is brand driven. 8x8’s channel chief, John DeLozier, is well respected in the channel, but he’s had a hard time gaining any traction because of 8x8’s bumbling in the area of sales and marketing.
Verma has built a strong platform, but Sipes is the right person to move 8x8 from being “the other UCaaS provider” into a company that can go toe to toe with RingCentral and other major players in this space. Expect 8x8 to be more aggressive in 2021.