UCaaS: the Gold Rush Is On!

As Gartner reports in its 2015 Magic Quadrant for UCaaS, companies of all sorts are heading into the cloud with the hopes of mining unified communications dollars.

As a fifth-generation Californian, the phrases "gold rush" and "Wild West" come readily to mind for me -- like just now, after careful study of this year's Gartner Magic Quadrant (MQ) for UCaaS.

Rushing to the Riches
The gold rush theme comes from the number of companies jumping into this market. In the UCaaS MQ report, Gartner says it is aware of approximately 100 UCaaS providers in North America and 250 worldwide. 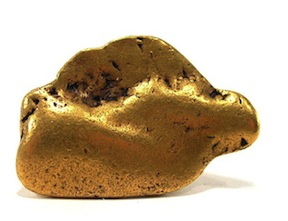 A huge number of companies clearly are seeking to stake their claims on what they perceive to be a major shift in the way that organizations contract for and use UC. The analogy to the 1849 California Gold Rush is probably not misplaced, either, since few of those '49ers made a fortune (though they did change the demographics of the West at the time, and founded many famous businesses -- Levi Strauss, Wells Fargo, Union Pacific, et al. -- in the process). It will take years, maybe a decade or two, to see how this shakes out for UCaaS, but the gold rush is on, for sure!

Only 18 of these vendors made it into the 2015 UCaaS MQ, since Gartner established clear boundaries for global coverage (strength in at least two regions, presence in three); minimum revenue ($50 million per year); and functional capabilities similar to the on-premises UC MQ (read my No Jitter coverage of that report here). Whereas Gartner previously studied the North American UCaaS providers for its MQ, this year it broadened its scope to the worldwide market. Year-to-year comparisons are not appropriate for this reason.

Surprisingly, with so many participants, only three companies captured a spot in the coveted Leaders Quadrant -- RingCentral, 8x8, and West (in order of their "vision" ratings, since they were all similar in "ability to execute."

Vast Territory to Explore
The Wild West element of Gartner's 2015 UCaaS MQ shows up in the wide variety of offerings that organizations will have to face if they decide to shop for UCaaS. While UCaaS vendors are easily grouped based on their business models, their offerings, pricing, packaging and delivery options are all over the map. Clearly, there are no tariffs and few standards in the UCaaS market, just as there were few sheriffs in the Wild West.

Gartner sorts the vendors into four categories, which are important to know if your organization is planning to shop for UCaaS. Here are Gartner's categorizations:

From my perspective, I see little difference between the CSPs and the SIs. Within each of these categories are companies seeking to bundle UC capabilities with their existing core competencies of network and data center operations. These companies are similar as well in their use of either Cisco Hosted Collaboration Solution or Microsoft Skype for Business , if not both, as the basis for their offerings.

In addition, Gartner reports that the CSPs and SIs primarily serve customers with more than 5,000 users, only occasionally going down to 1,000 users. Thus, the CSPs and SIs tend to be changing the delivery methods (hosted vs. on-premises, with hybrid options) for large enterprises, using the technology those enterprises are already using.

By contrast, the application specialists seem to be the most innovative. The companies in this category are the only ones all-in for UCaaS, building on their own software stacks and seeking to show customers new ways of doing things, not just a way to move an on-premises product into the cloud.

The application specialists have worked from the bottom up not the top down, which means they have learned how to install thousands of accounts per quarter, in a matter of days or weeks per account, at competitive prices. This may be the reason that many application specialists have done well with retail-oriented companies -- i.e., businesses with lots of small sites rather than just a handful of large locations.

If your organization is looking for a way to change the way it consumes communications and how communications integrates to a growing list of cloud-based software applications, these application specialist companies should likely be at the top of your shopping list.

Also worth noting is that Microsoft and Google may be much more like application specialists than technology vendors. Each is innovating aggressively in delivering communications from the cloud, but with prioritization on collaboration and over-the-top voice and video, rather than on traditional voice telephony.

As has always been my observation, the Gartner analyst team of Daniel O'Connell and Bern Elliot have done a fine job of painting the picture of the UCaaS worldwide market as of September 2015. They have summarized an amazingly broad set of information into a concise report that is as consistent in vendor evaluations as possible at this stage of a Wild West, gold rush market.

Trust this report will assist your organization in determining whether UCaaS should be on your roadmap at this point and, if so, some things to consider as you plan and then journey. Have a great UCaaS trip!

Author's note: Complimentary copies of the Gartner UCaaS report are available from many of the vendors, 8x8, Microsoft (registration not required), RingCentral, and West.