Toward One Tech World

Talk about the cloud and cost reductions all you want, but the real driver of revolutionary change sits right in the palm of our hands.

We talk about "tech" as a single space, but the fact is that it's been split onto many spaces from the first. We've had software and hardware, network and data center, applications and services -- divided components of a common goal of supplying productivity tools or entertainment. Now we're seeing the dividing lines move. We're not going to eliminate the separations, but we're going to blur them a lot, and the instruments of that change are our mobile phone, populism, and complexity.

We don't ask general questions of mobile devices, we ask them where we are, how we get to our destination, where we can find something or someone... all things intended to drive current behavior (which is what "tactical" means). If an "information appliance of great power" is our goal, it's logical that we'd make the mobile device a portal to the cloud to multiply what the device can do for us.

Simple Questions, Complicated Analysis
We can already see this first driver of change in action as the personal digital assistant from Apple or Google or Microsoft or Amazon. These agents take requests, get answers on our behalf, and then return results. Obviously the more complicated the question the smarter it would be to push all the information-getting and analysis into the cloud. That creates a new model of applications. No more workflow or linear processes; we have a personal agent process and Web-like resources. 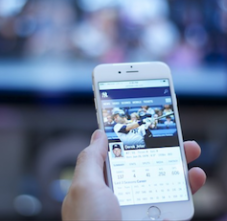 If I ask my phone what's going on in the next block, a simple request on my part is turned into a fairly complicated analysis. Where am I and where have I been heading (so my agent knows what "the next block" is)? What events are being generated at a location some blocks ahead? Which of those events might be visible, or most visible, to me? List in priority order and read it out to me. My personal assistant has been busy and so has the network that links it to the information resources, but my own connection is idling till the response is available. Intracloud networking becomes more important than personal connectivity -- maybe even more important than the Internet.

Today I see Google or Microsoft or Amazon because I go to one of their sites to buy. In the future, do I have to go there at all? My assistant gets stuff for me, remember? Perhaps the personalization and tactical nature of mobile broadband turn the "Internet" into an "Intercloud," but not the simple kind Cisco envisions. It's almost a distributed form of universal artificial intelligence (AI). It's also something we've not been thinking about building.

Tech Populism
Even if you don't believe in a mobile-broadband-driven personal/tactical world, there's another force driving us toward a new tech model, and that's populism of tech itself. Since the late 1980s the number of highly qualified network and IT architects has roughly doubled and the number of companies that rely on tech for their very life has increased by nearly 50 times. We're building tech dependence a lot faster than we're building tech skill, and that's only going to accelerate.

The "average" person isn't a tech geek, and mass markets are made up of average people by definition. So we have to architect to deliver answers and not hosting or connectivity or something else that only a geek can consume. That means services, and it means again that we're going to end up with some smart cloud-resident agent process that can wade through the technical swamp of information and pull out the good stuff.

If infrastructure as a service (IaaS) is the sole purpose, the cloud would be a non sequitur, a blip on the industry's evolutionary timeline. The reason that won't be the case is that the cloud is the architecture you end up with as soon as you decide that the goal isn't to provide decision support but to tell a bunch of average people what to do. The cloud is the answer, but not the IaaS hosted-virtualization cloud about which we've been hearing. It's that global, universal, distributed AI platform.

One consequence of this is that the focus of networking shifts to connecting processes rather than connecting sites or even people. In the future, my network connection is really my phone's connection to my personal agent. Everything I see is delivered through that, and no other resources are directly visible to me at all. Their connections stay within the cloud, making the network the neuron connections in the superbrain we're creating.

Another consequence is the potentially chilling complexity of this new model. Nothing we've done in networking, application design, or service creation does more than dip a toe in the sea of relationships and dependencies this model creates. If we can't figure out how to operationalize it, we're lost, and while network functions virtualization or even the Internet of Things could expose new operational models, we're not there yet.

I think we're focusing on the wrong problems in mobile services, the cloud, software design, and network design. That may be because the industry has been so focused on reducing cost it's failed to notice the revolutionary things happening all around us, literally in the palm of our hands. Over the next couple of months I'll be blogging about the issues, and the answers, in more detail.