Earlier this summer, I read J.D. Vance's eye-opening book "Hillbilly Elegy." A memoir about growing up in a poor and unusual family in Southeastern Ohio, this story raised much larger questions for me in terms of how we, as American society, support communities where economic and other associated challenges (unemployment, crime, and drugs, among other systemic problems) make breaking the cycle of poverty difficult.

Personally, toward this end, I am a tutor and trustee of a school in one such community, and there I do my best to spend a little time each week working with "at risk" kids. Almost half of the students in this school (grades 5-8) are African born, with the balance being African-American. Most come from households headed by a single parent, and most -- but not all -- arrive at the school two years behind grade level. As a tutor for a small group of three to four, we read and talk and I, along with the other tutors, do my best to provide encouragement and support. One of the takeaways from my read of "Hillbilly Elegy" is that the "boots on the ground" efforts make the difference in helping these kids succeed, and I'm proud to play a very small part in this.

The book made me think critically about how we, as a society, support kids in rural, financially insecure areas that are traditionally non-minority. Does this kind of limited but valuable support even exist in these communities beyond what happens in the traditional classroom? If not, are we continuing to contribute to the disengagement of a small but important segment of the population that has fewer options to succeed academically and financially? 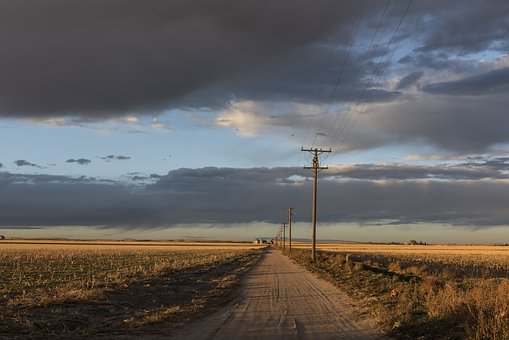 Switching gears (albeit temporarily), I read recently that Verizon and AT&T have petitioned the FCC to allow local exchange carriers (LECs) to abandon copper services with no more than 90 days' notice to competitive LECs and commercial entities. This halves the number of days, 180, currently required to provide notice (some caveats, to assure service is in place before a carrier pulls the plug, apply in either case). So, under the guise of less regulation, the biggest providers are appealing to the FCC to reform the retirement process so that it's less onerous for them.

The FCC defines copper retirement as "a change in network facilities that does not discontinue, reduce, or impair the services provided." Copper retirement requires advance notification to the FCC (and presumably most if not all state public utility/service commissions), but does not require the commission's approval, per section 214 of the Communications Act. For the record, copper retirement can also be an actual service discontinuance -- one technology replaces another (such as a wireline to wireless network change) -- not requiring approval. As mentioned previously, under the FCC's 2015 Copper Retirement Order (47 U.S.C. Section 51.332), LECs must provide 180 days' advance notice to competitive carriers and businesses; residential customers receive 90 days' notice before copper facilities are shut down and the services operating on them migrated to other platforms. In this case, the official word may be "retiring, but I find "abandoning" a more accurate description of AT&T's and Verizon's recent interest in getting rid of the maintenance and support requirements required of their old (but reliable) networks in areas of low density and high cost of delivery.

In a separate but somewhat related move, AT&T backed an Illinois bill to end traditional landline service in the state. Legislators have approved the bill, which has survived a veto by Gov. Bruce Rauner.

Why is this relevant? Migration from traditional landline service by many residential and enterprise customers is well known and ongoing. But this migration is simply not an option for everyone. In many cases, the residential and enterprise customers for whom newer advanced technologies aren't an option are those located in rural areas where construction of the infrastructure to support them does not make financial sense. In many of these areas, given the geography and/or lack of population density, wireless buildout isn't a viable option either. As such, by permitting the biggest incumbent LECs (ILECs) to abandon copper infrastructure in favor of sexier technologies that serve most, but not all communities, are we not abandoning those who need connectivity as much as everyone else? What about the schools, libraries, businesses, and residential customers in those areas?

Understandably, the largest ILECs want to invest in forward-looking technologies that can support multiple features yielding greater income. But those same larger ILECs are also burdened by expensive union contracts they'd love to unload, or, more politely, slip gracefully into the sunset. It's not news that copper infrastructure, although largely very reliable, is expensive to repair and maintain, as it functions on old technology. While these newer technologies -- particularly those that are fiber-based-- offer impressive and desirable features, they're not available to everyone based on geography and market penetration, and they don't solve every problem.

As technology innovations allow for delivery of services with greater capacity and sophistication to enterprise and residential users, and as ILECs look for new ways to drive investment in the most efficient manner, I think it's critical that we consider how these changes and the regulations that permit and/or encourage them affect those whose voices may be the weakest. It's one thing to offer a diversity of services in an area of dense population where costs and revenues can be spread across a large base. But as long as we rely on rural areas for farming and industry, among other things, the absolute essentials of education and access to emergency services are paramount. Carriers should not be allowed to push back the needs of those individuals in the interest of advanced technology deployment and shareholder returns. (For more information on how these issues affect real people in Appalachia, read the Public Knowledge post, " What's Lacking in Appalachia: Tales from a Broadband Connectivity Conversation.")

If you haven't read "Hillbilly Elegy," please do. It has had a profound effect on my thinking about the winners and losers in the deployment of technology.