Enterprise IT execs weigh in on the best approach to take when “tribal fires” flare up around team collaboration tools. 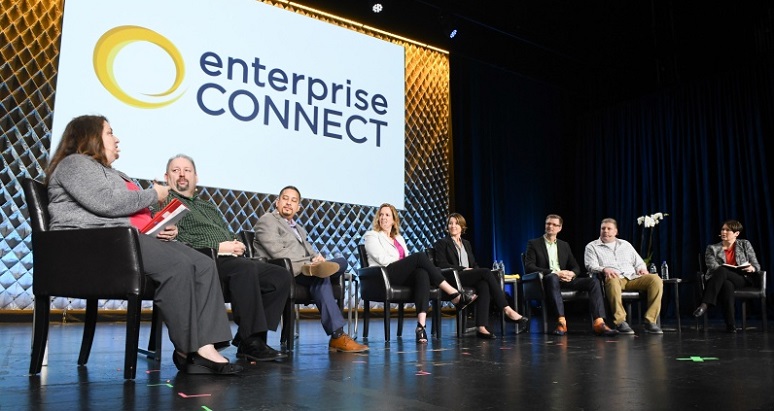 With Slack on the verge of going public, having filed its initial public offering papers last week, team collaboration carries on as a hot topic. A couple questions loom large: Will persistent team messaging applications ultimately rule the day for collaborative work? And, specific to Slack, when push comes to shove, will the platform keep its position in the enterprise?
As we learned earlier this year at Enterprise Connect 2019, consensus is hard to come by among enterprise IT professionals. While our Enterprise Summit panelists largely acknowledged they’ve witnessed “tribal fires” flare up around team collaboration, they’re not of one mind on whether to douse those fires or let them grow. 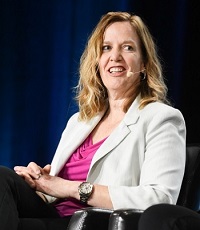 At Northwestern Mutual, for example, Slack use is proliferating among engineers, who find the real-time communications highly valuable, said panelist Kari Mattek, senior director product management, at the insurance company. But Slack doesn’t necessarily make sense for some of her business constituents, based on their needs, she said. For business users, IT has provisioned Microsoft Skype for Business, and is pilot testing Microsoft Teams, she said.
“In talking with my team, we’ve found that it’s not going to be one size fits all,” Mattek added.
However, with business needs dictating the use of different tools, integration becomes essential, she said. “When those worlds need to talk, we need to make sure, in the unified communications space, that we’ve set it up so they can talk when they need to, effectively.”
Over the years, payroll outsourcer Paychex also has seen user communities stand up a variety of collaboration tools, including Slack, HipChat (purchased last year by Slack from Atlassian) and Microsoft Teams, said Carlos Cong, the company’s senior manager for enterprise technology services. But a multitool approach isn’t going to cut it at Paychex, he said. “We decided to go down the strategic path of unifying everything for that single, consistent experience,” he said.
The final decision -- to go it alone on team collaboration with Cisco Webex Teams -- came after six or so months of studying collaboration, messaging, meetings, and productivity at Paychex, Cong added. “We need collaborative boards. We need real-time messaging, and we want to make sure we’re leveraging existing investments like in unified communications through Cisco, so Webex Teams just made the most sense.” 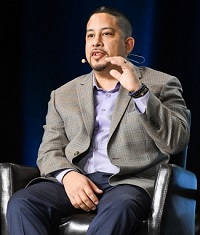 While standardizing on one team collaboration tool makes good business sense for Paychex, the decision doesn’t come without pushback from users. “It’s a cultural change for us … and we have to show [the guys holding on to some of the other tools] the benefits of standardization,” Cong said.

That’s tough, for now at least, because the environment is still “pretty broken,” he added. With some users still on Skype for Business, HipChat, and Slack, “you start to get some disparity and frustration… the ‘I can’t communicate with [one user] the same way I communicate with [another]’ is a problem.”
While he’s certain that team collaboration application providers will one day make communicating among disparate platforms a nonissue, via native APIs, hooks, and what-not, Cong said Paychex still must stick to its guns on standardizing on Webex Teams. It boils down to administration, return on investment, and, critically important, data protection.
“There's no way that I can, in a responsible way in my role, say, ‘Hey, I know where all my data is sitting,’ if I have six different platforms that folks are able to store content in,” Cong explained. “We have to protect our assets -- you know we traverse over a trillion dollars across the wire every single year as a payroll provider, so there's a lot of risk there, and we have to weigh that as we're looking at different technologies and platforms.”
Standardizing on one platform, however, doesn’t equate to exclusivity, Cong continued, giving a nod to “corner cases.” If a Paychex user community needs to use Microsoft Teams because of a specific integration Microsoft has made available, then that usage will be allowed, he said. Standardizing on one tool isn’t about saying “no,” to the detriment of the business; it’s about “making the right investment in protecting the data,” he said.
That’s a wise decision, said Harald Schirmer, manager of digital transformation and change at Continental AG, an automotive manufacturing company. “Our people are diverse, our customers are diverse, the products we are using are diverse, so to focus on that one size fits all would definitely be the wrong way,” he said.
On one hand, standardization provides needed workflow fluidity from a corporate perspective. But on the other hand, Schirmer said, you have to look closely at the customer, too. “And if the customer demands that you are not allowed to put its documents in the cloud, you cannot say, ‘OK then the whole company doesn't do it.’ We have to have a good balance in terms of making it available for the majority of the people, but if there is a special use case, if there's a specialty demand, you have to have an answer for that as well.” 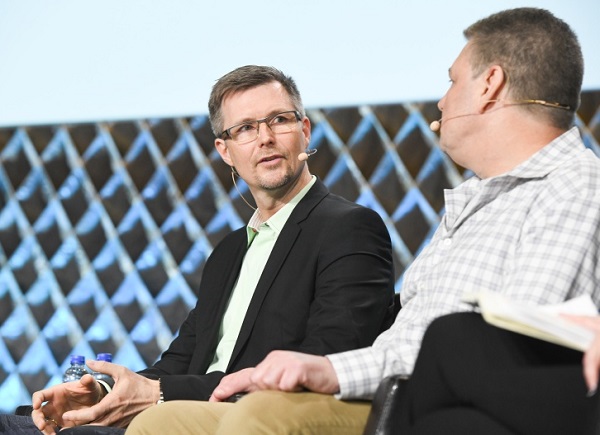