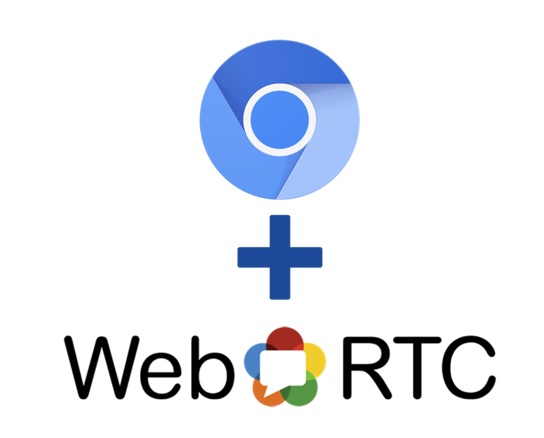 Both Cisco and Microsoft endpoints will run Chromium-based browsers relying on WebRTC for video interoperability between them.
This Chromium-based Cisco-Microsoft video interop solution will be tested in Q1 of next year and generally available sometime in Q2.
Good News for Zoom and Neat
Microsoft also announced that it would support interoperability between Zoom and Microsoft Teams using each other’s WebRTC/Chromium web clients. Since Cisco also supports this joining method, Zoom Rooms and devices, Cisco Webex Room devices, and Microsoft Teams Room Systems and devices will all be able to interop.
At Ignite 2019, Microsoft M365 Corporate Vice President Jared Spataro, made this three-way video interop announcement in a Teams breakout session, showing the following screen shot from a Microsoft Teams Room System display. 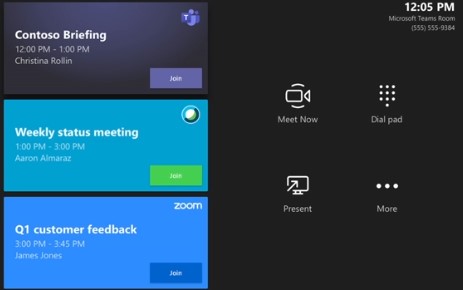 Microsoft Teams Room Systems, Cisco Webex Room devices, and Zoom Room endpoints will all support video interop with each another, along with one-button meeting joins.
One side note on the Zoom interoperability is that the new Zoom-dedicated Neat.no device announced at Zoomtopia can be used in huddle rooms that need to have interop with Microsoft Teams and Webex Meetings.
Connecting the Dots for Poly
When Poly announced its Studio X series of video bar endpoints, there was no mention of future interoperability with Cisco Webex or Cisco endpoints. With this announcement between Cisco and Microsoft, Poly’s Studio X endpoints, plus any endpoints from Crestron, Logitech, and others that support Microsoft Teams Rooms software will also be able to connect into Cisco Webex Meetings. Poly hasn’t confirmed the Cisco interoperability, but it only makes sense given that the company is focusing on multiplatform interop. Furthermore, Studio X devices support standards-based SIP and H.323 video streams, and they’re Android-based. So, a WebRTC-capable browser will certainly be available for them, and with a little work, one-button joins with Cisco Webex Meetings can be easily enabled.
Big Steps Toward Collaborating
This video interop between Cisco and Microsoft (and now Zoom) is a one small step for these companies, but a giant leap for our industry. It reaffirms the belief that some of us were advocating a few years ago that WebRTC would significantly change the industry.
Furthermore, the relationships between the biggest collaborator platforms in the collaboration space are apparently thawing. This interop makes so much sense for both Microsoft and Cisco customers and will, in a sense, liberate them! It likely really helps that Sri Srinivasan, SVP/GM for Cisco Webex Meetings, Teams & Devices, has very strong ties to Microsoft given that he was the CTO for Microsoft Dynamics prior to joining Cisco. According to Sri, we should look for much more collaboration in the future between Cisco and Microsoft. He quipped, “We’re just getting started!”