A look at the latest news coming from 8x8, Talkdesk, Kofax, Avaya, and Poly. 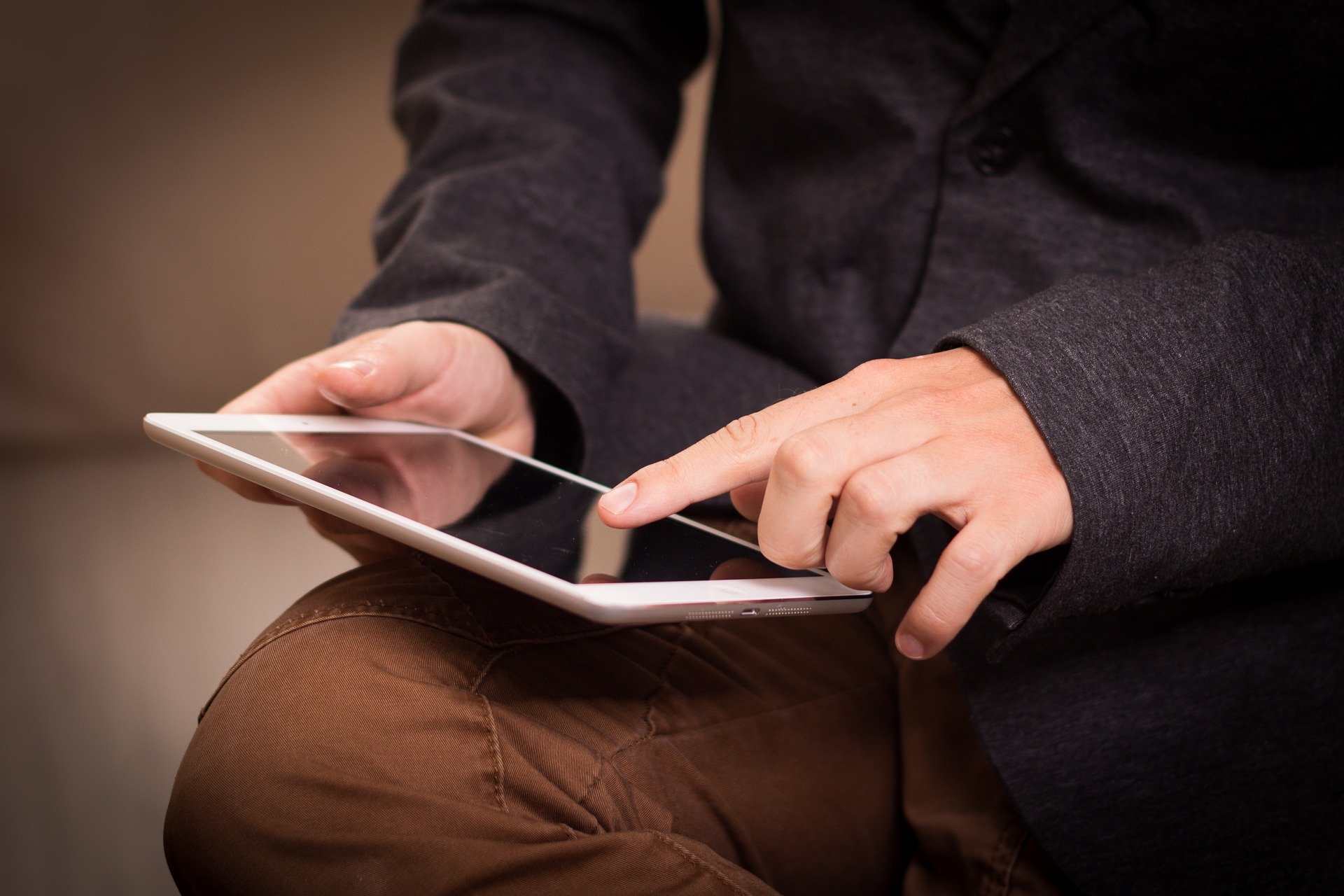 In this week’s No Jitter Roll, we share the latest on a freemium video meeting solution, an AI partnership, an automation platform with enhanced sentiment capabilities, Google contact center integrations, an expanded device-as-a-service (DaaS) offering, and a headset launch.
8x8 Makes a Move in Video Meetings
To kick off this week’s roundup, we look to 8x8, which launched a standalone, freemium version of its 8x8 Video Meetings for new and existing customers.
Focusing on two key aspects — simplicity and accessibility — this freemium version of Video Meetings provides access to high-definition video and audio, as well as screen sharing, through a simple-to-use interface, said Eduardo Cocozza, senior director of product marketing, video communication and collaboration, at 8x8, during a No Jitter briefing. In addition, 8x8 has optimized the videoconferencing solution for use in Google Chrome, Mozilla Firefox, and other WebRTC-enabled browsers. WebRTC “takes away the fear or annoyance of people participating in a meeting” by not needing to download a videoconferencing client, he said. 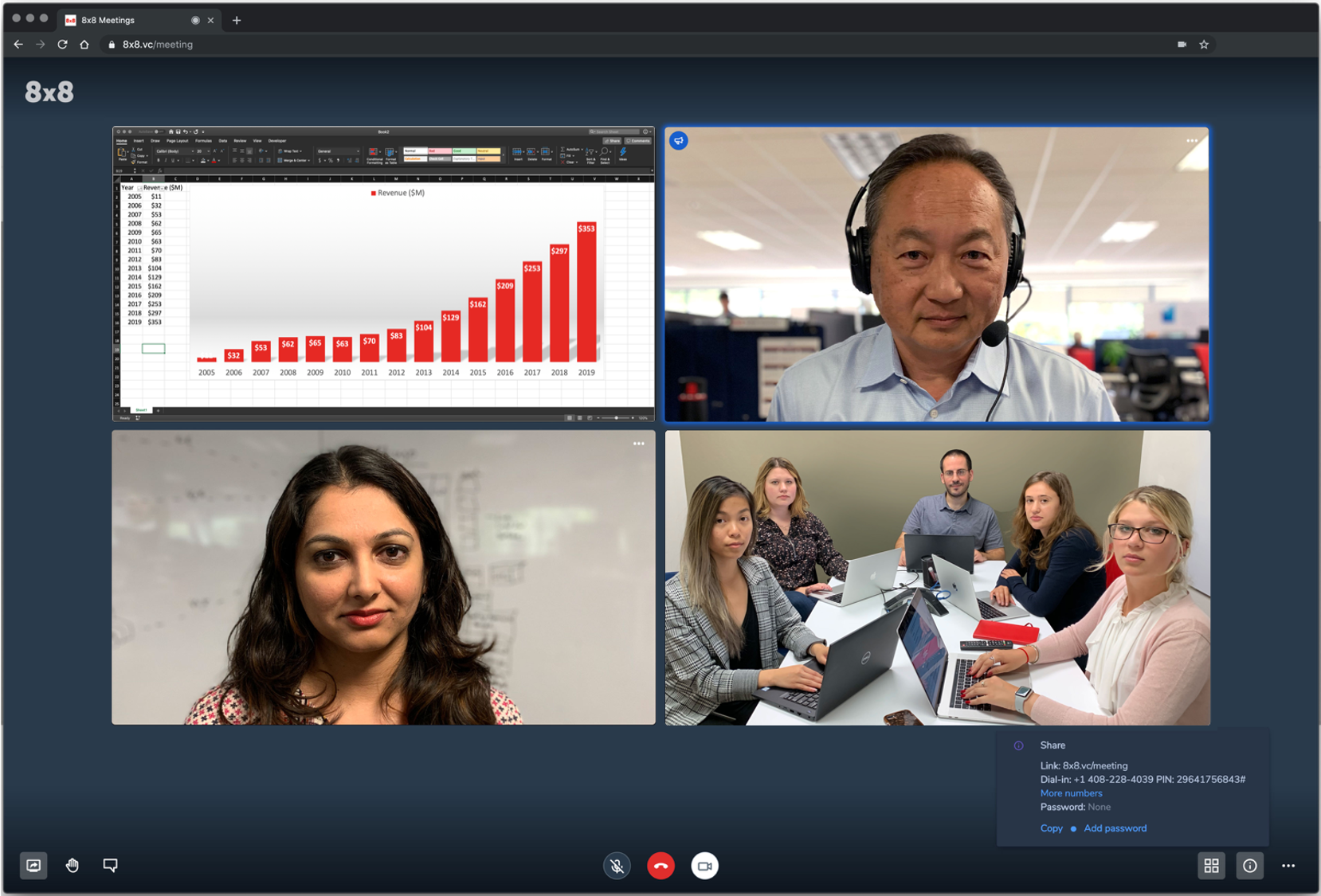 8x8 decided to offer a freemium version, which has no usage limitation, either, of Video Meetings to encourage usage and gain exposure — “if they start using [our] videoconferencing, they get to know the brand.” From there, 8x8 has an “easy upgrade path” to either Express, its business phone system, or X Series, its cloud communication software, Cocozza said.
Talkdesk, Passage AI Partner Up
Moving over to the contact center space, Talkdesk and Passage AI have partnered to deliver AI chatbot technology for use with Talkdesk’s cloud contact center platform.
Passage AI’s conversational AI platform is now available in Talkdesk’s app store, AppConnect. This means enterprises that want to integrate Passage AI chatbots into their Talkdesk contact center service can do so with a single click, Passage AI said. These chatbots are for use on over 20 different types of channels, including mobile apps, websites, messaging platforms, voice assistants, and IVRs, according to Passage AI.
The Passage AI chatbots use natural language processing to support conversations in English, Spanish, German, Portuguese, Japanese, and Mandarin Chinese.
Kofax Gets ‘Sentiment’al With AI Capabilities
In other AI-related news, automation software platform provider Kofax has brought new AI capabilities to its intelligent automation platform.
By blending AI, machine learning, and natural language processing, the platform now provides enterprise users with sentiment analysis and entity extraction tools for use with any natural language text-based asset (emails, legal documents, social media posts, customer support inquiries, and others) in real-time, Kofax said. The platform already supported a range of other capabilities, including robotic process automation, process orchestration, and AI-based people and data recognition.
Avaya Integrates With Google Contact Center AI, Expands DaaS Offering
Continuing on AI news, Avaya has released a Google Cloud Contact Center AI (CCAI) integration for its Avaya IX Contact Center solution. This follows on news from Google Cloud that CCAI itself became generally available this week (see related story).
Available through the Avaya Experience Portal, Google CCAI’s Dialogflow capability allows enterprise users to create virtual bots and agents that can capture intent and action and transfer contextual information to human agents, Avaya said (for more on Dialogflow, see our ongoing “Decoding Dialogflow” series).
Additionally, Avaya and Google are collaborating to add integrations for agent assist and conversational topic modeling. Agent assist will provide users with the next action to take, and conversational topic modeling will provide agents with real-time visibility of topics and recommend responses and best actions, Avaya said. These additional capabilities are expected to be available globally in the first half of 2020.
In unrelated news, earlier this week Avaya expanded its DaaS offering to Canada and Europe. Enterprises in these regions can now get Avaya’s IX IP phones, the Vantage portfolio, select IX conference phones, and the IX Collaboration Unit in this flexible pricing model, Avaya said. Availability of this service was initially launched in December 2018 for U.S. markets only.
Customers must commit to one-, three-, or five-year contracts, but can upgrade to higher-priced devices without a penalty during that time, Avaya said.
Poly Launches Voyager Office Headsets
Lastly, Poly this week launched its Voyager Office Series Bluetooth headset systems, designed for mobile office workers.
Expanding from its Voyager 4200 UC and Voyager 5200 UC Series, these headphones can connect to a desk phone, PC, Mac, or mobile phone and come in a range of wearing styles, including over-the-ear, hi-fi stereo, and mono headband, Poly said. These headsets also feature built-in Amazon Alexa and Tile integrations. Additionally, the series will have a Microsoft Teams dedicated version, which includes a Teams button both on the base and the headset, Poly said. 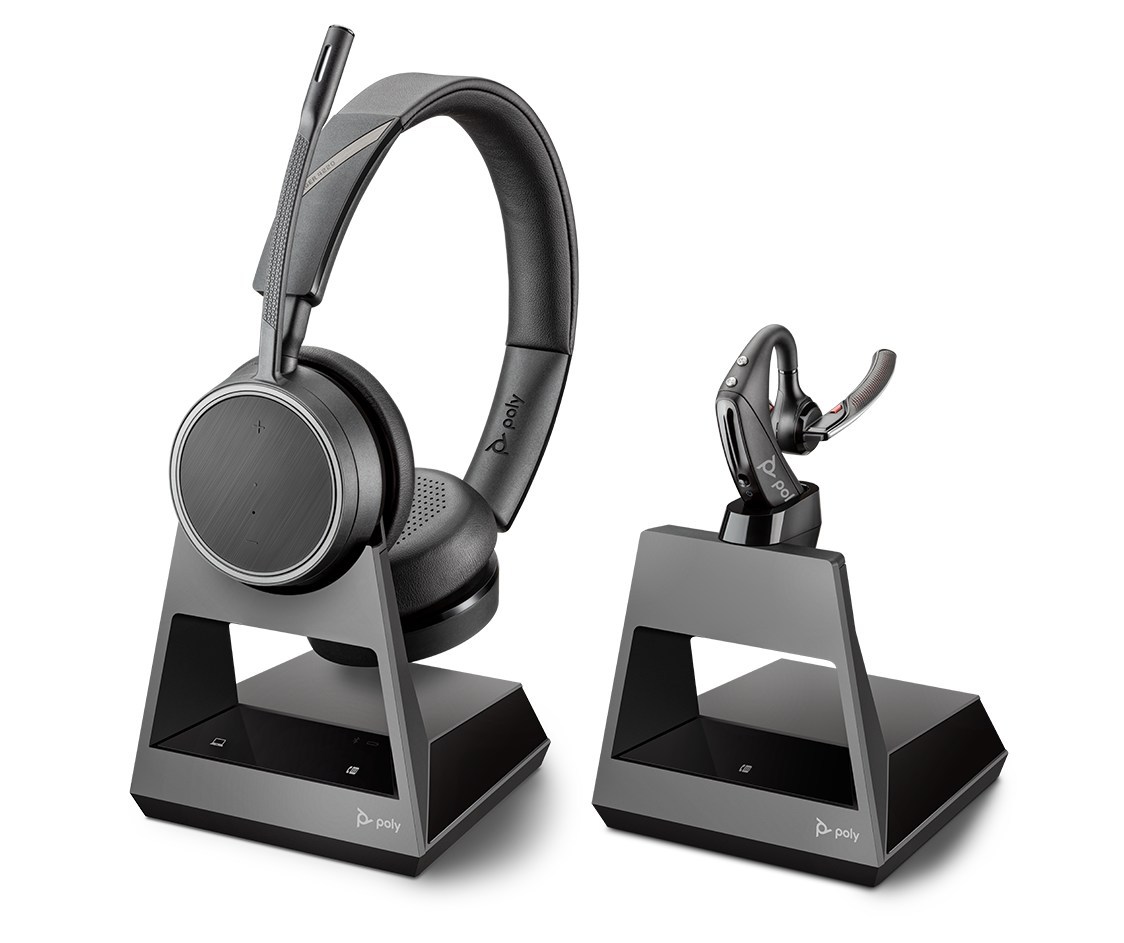 Adds a slew of homegrown and third-party integrations, goes GA with tools for custom app development

The latest news from Zoom, Avaya, Crestron, IntelePeer, and Aryaka.

Organizations have an incredible amount of data at their fingertips, and they should use it to improve the work experience.

AI is the next battle lines for vendors, as they use the technology to enhance the meeting experience through background noise suppression and shared virtual spaces.