Microsoft Teams Will Be Native in Windows 11 Operating System

How will this impact our industry and Microsoft’s competitors? 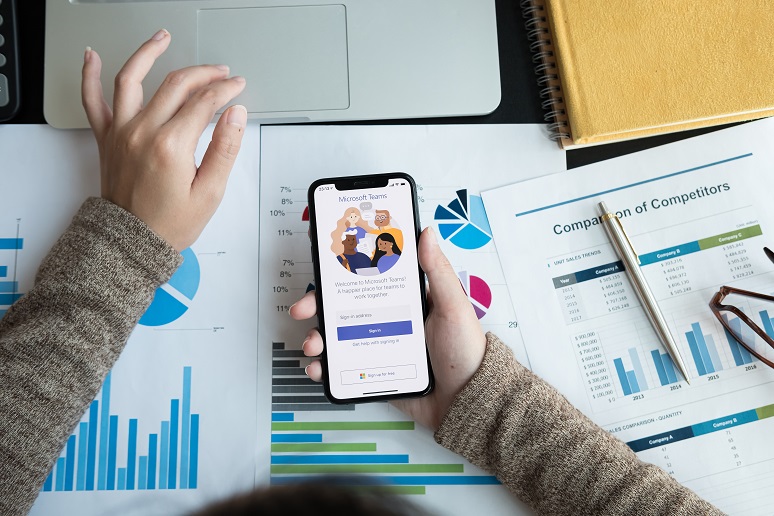 Image: Natee Meepian - stock.adobe.com
In a low key fashion, Microsoft announced in a blog post the availability of Windows 11 on October 5. On this date, a free upgrade from Windows 10 to Windows 11 would begin rolling out to eligible Windows 10 PCs and PCs that come pre-loaded with Windows 11 would become available for purchase.
Windows 11 adds a number of new design features and sounds, along with widgets and the ability to run many Android apps.
In the Windows 11 release highlight, an innocuous little phrase states, “Chat from Microsoft Teams integrated into the taskbar provides a faster way to connect to the people you care about.”
This got me wondering what Microsoft is doing with Teams in Windows 11 and whether Teams will be built into the operating system.
A clue came from a CNET publication where it stated, “Windows 11 builds Microsoft's video chat platform Teams directly into the operating system, making it easier to access for daily use. You can connect with others on Teams across Windows, Android, Mac or iOS.”
I reached out to Microsoft to find out what this really means.
Apparently, there will be a version of Microsoft Teams included with Windows 11. This version will support consumer type of logins or personal logins into Windows, meaning that you do not need an Office 365 account to access teams. People with this consumer version of Teams can use it to chat with one another and receive chat as SMS text messages, sort of like what Apple does with iMessage. They can also do audio/video meetings with one another, like how Apple FaceTime does, but they will also be able to do video meetings with any other Teams user from Teams acquired via Office 365 accounts. 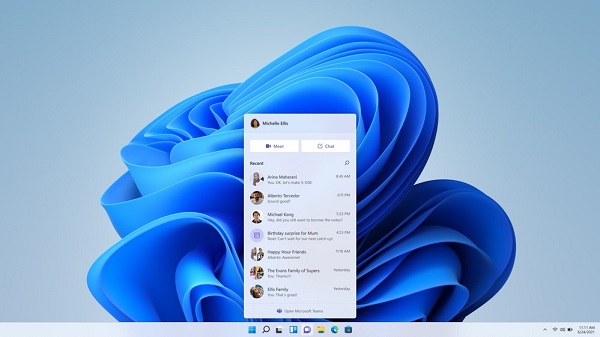 Figure 1. A graphic showing the Teams chat interface and the icon in the Windows 11 task bar. (Image source: Microsoft)

Another Microsoft blog clarifies that there will be two clients on people’s computers: a Teams labeled as work or school with the usual purple icon and Teams for personal use with the same purple icon but where the T for Teams is Purple on a white background.

Figure 2. New Teams icons in the center of the Windows 11 screen. Note the difference between Teams for Work or School and Teams for Personal Use. (Image source: Microsoft with adaption by KelCor, Inc.)

There are pros and cons to having two apps. This is sort of like people having both legacy Skype for personal use and Microsoft Teams for business use. Some people hate the idea, others are fine with it. I align more closely with the “one app to rule them all” philosophy, but I understand why Microsoft has done this.
It seems to me that there are two immediate competitive advantages Microsoft gains from this new personal Teams capability:
In a competitive analysis Phil Edholm and I presented at Enterprise Connect Virtual 2021 in which we compared Microsoft Teams to Zoom and Cisco Webex, we noted that one of Zooms advantages was its consumer adoption. According to app download tracker backlinko.com, Zoom was downloaded 485 million times in 2020 on Android devices, and USA Today indicated that Zoom was the most downloaded app in 2020 from the Apple App Store.
But, in one fell swoop, or perhaps we could say, “gradually” as Windows 11 rolls out, Microsoft Teams is going to be available to more people on the planet than almost any other messaging and communications application, out stripping Zoom, and even Facebook Messenger.
It is not yet clear what implications this will have for the enterprise communications and collaboration market, but it will certainly help Microsoft Teams gain even more mindshare as over a billion Windows users begin having built-in operating system access to Teams for both messaging and video communications. It is too early to tell if this will have implications for Zoom and Cisco Webex, but we should begin to see some of the impact next year as Windows 11, and particularly the first revision of Windows 11 with more functionality, becomes available in 2022.
We should learn more about Teams built-in functionality in Windows 11 in the Microsoft Ignite event to be held November 2 – 4, 2021.