Microsoft Takes Push-to-Talk for a Spin on Teams

Microsoft is partnering with Samsung and Verizon to deliver a PTT capability — historically a nonstarter in the enterprise — for firstline workers using Teams. 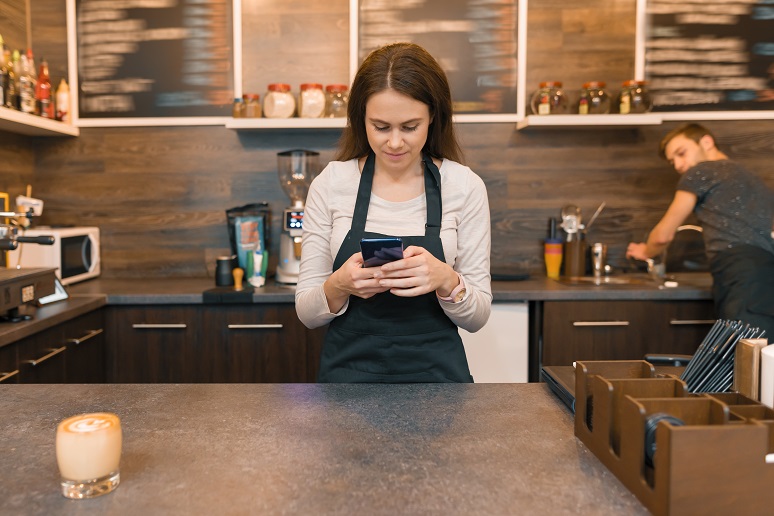 Image: Valerii Honcharuk - stock.adobe.com
Push-to-talk (PTT), or the ability to have instantaneous voice communications among a defined group of correspondents, is the most identifiable capability of mobile. From World War II Handy-Talkies to Citizens Band (CB) radios and Dick Tracy’s two-way wrist radio, PTT is essentially where mobile networks were born. Now Microsoft, Samsung, and Verizon have jointly announced they have developed a PTT capability for the Teams mobile app using the ruggedized Samsung Galaxy XCover Pro handsets that feature a PTT transmit button.
As Microsoft is positioning this, the PTT capability is an enhancement of its Teams vision for firstline workers. I have written (not glowingly) about Microsoft’s firstline initiatives before, and while the company still has a lot of learning to do, it’s nice to see that it is bringing some new ideas. How big a part PTT plays in that remains to be seen. 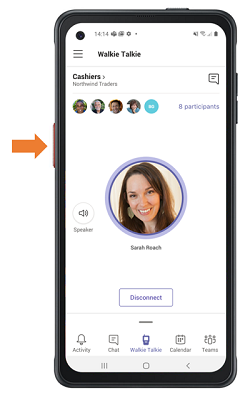 The PTT Market
PTT’s history stretches back to pre-WWII days, but it has long been constrained to a few specialized markets. We refer to the most ubiquitous form of PTT as land mobile radio (LMR), which uses a set of sub 1-GHz frequency bands. Top of that list of users are the military and first responders, though security personnel, dispatch, utilities, and others use LMR-based systems as well. Motorola Solutions is the dominant supplier in the space, which includes a number of specialized manufacturers for military systems, as well.
The one area where PTT has failed to take root is enterprise communications. Around the turn of the century, Nextel took a go at selling PTT capabilities to enterprise users with its “Nextel gets things done” campaign. Some were enticed by what looked like an attractive capability, until the first time their Nextel blasted out a message in the middle of a meeting. That was about as popular as a screaming baby at an opera, and other meeting participants would generally suggest a place the user might store their Nextel iDen phone — and they weren’t talking about a belt holster.
PTT is designed for communications that require immediate attention, such as those from the scene of an emergency, but text proved to be an equally effective and far less intrusive method of getting someone’s attention in office settings.
Is this Offering “Real” PTT?
PTT comes in several forms, the earliest and simplest operated like a traditional CB radio. In this case, you put a bunch of radios on the same channel and whoever pushes the transmit button can talk to everyone else — obviously, privacy was not a big issue in these early systems.
Current LMR systems appear to operate like CB radios, but the technology has advanced to a far more sophisticated level. LMR systems are now built on digital radio, using packet backbones, and offering encryption to ensure privacy. However, these typically operate as standalone systems with virtually no connection into any other part of the communications network.
Nextel had its unique iDEN PTT technology, developed by Motorola. With Nextel’s demise, other cellular operators looked for a way to deliver an equivalent service; Kodiak Networks (acquired by Motorola Solutions in 2017) had just what they needed with what it called Push to Talk over Cellular (PoC). This appears to be the technology Microsoft and Samsung will be using.
The idea with PoC is to have a specially designed handset, such as the Samsung Galaxy XCover Pro, digitize and send PTT voice transmissions over the cellular data connection in a series of packets routed to a PTT server in the carrier’s network. That server monitors who is talking to whom, broadcasts transmissions to groups, and is basically the vehicle that connects the PTT users together. Kodiak is still the main provider of these PTT servers.
One other nice feature of a PoC solution is that there are no distance limits. Traditional LMR radios often have range and coverage limits, but with PoC, if both users have a cellular signal, they’ve got PTT.
FirstNet, the AT&T-operated first responder cellular network, offers a PoC capability today, and plans to introduce a next-generation PTT capability called Mission Critical PTT (MCPTT). With MCPTT, FirstNet PTT users in the same area (e.g., at the same emergency), will be able to discover one another automatically and then communicate directly station-to-station without the transmissions relayed through the cell network.
Assessment
The success of Microsoft’s new PTT capability will hinge on several factors:
Conclusion
I’ll be interested to see if Microsoft has really thought this idea out and verified the vision with actual end-user companies. Apple has set the standard for one-of-a-kind mobile retail support systems for its store, and its hidden printers are designed into the display tables. I remember when tablets first appeared, and countless retailers where falling over themselves trying to be the first in their segment to equip workers with tablets to give that “we’re tech, we’re with it” vibe — that rage lasted about a New York minute.
If Microsoft has really taken the time to segment the market by requirements and develop an in-depth understanding of how retail works, where the pain points are, and targets technologies at areas that can meaningfully enhance the retail worker’s ability to “delight the customer,” this could be a major expansion for Teams. There are a lot of retail workers out there and they will need an edge as brick-and-mortar retailers continue to battle with Amazon and other web sellers.
On the other hand, if this is another half-baked delusion dreamed up by some programmer who never worked five minutes in a retail environment, this probably won’t get even its New York minute’s worth of attention.
This is the kind of thing Microsoft likes to show off at Enterprise Connect, coming the week of March 30, and I have an inkling we’ll be seeing it push PTT in its keynote. Be sure, Microsoft’s traditional top-shelf showmanship will be on display, but we will be looking at how effectively it fits into how retail operations work and the real value it can deliver to retailers.

Register for Enterprise Connect 2020 this week to receive our lowest rate, expiring on Friday, Jan. 24. Check out the conference program here, and register now using the code NOJITTER to receive $200 off!