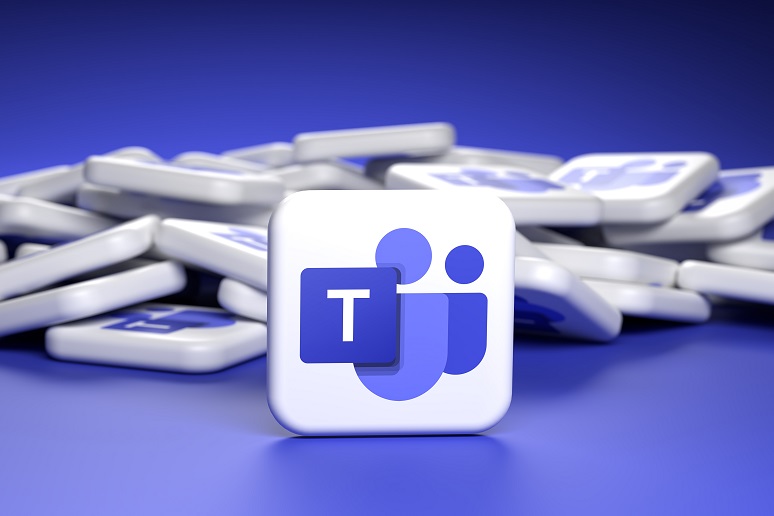 Image: Andreas Prott - stock.adobe.com
Microsoft announced in a blog post today a host of updates aimed at equipping employees with tools to communicate and collaborate in a hybrid work environment.
The first set of enhancements, designed to facilitate hybrid meetings with some participants in the office and others working remotely, are for Teams Rooms systems. Teams Rooms updates are:
To support the video layouts, Microsoft will rely on AI-based camera technology from device partners including Jabra, Logitech, Poly, and, as just announced, Neat. Additionally, Microsoft announced general availability of Teams Rooms intelligent speakers from Epos and Yealink; using AI, these assign speaker attributions to transcripts.
More Fluid Component Features, Viva Adds Notification Options
Secondly, Microsoft added features for Fluid components. As described last month in this No Jitter post, Fluid components allow users to send messages with tables, action items, or lists that can be edited by everyone and shared across Office applications. Now, Microsoft has expanded Fluid components to Teams meetings, OneNote, Outlook, and Whiteboard, and added features that allow users to pin a message, reply to specific chat messages, co-create an agenda, and take notes within Teams meetings.
Lastly, Microsoft announced an update to its employee experience platform Viva, focused on its Viva Insights apps. The update features:

Learn how to fully utilize Microsoft Teams in your enterprise with the "Taming Teams: Delivering Exceptional User Experience with Microsoft Teams" session at Enterprise Connect this Sept. 27-29 in Orlando, Fla. No Jitter readers can save $200 off registration with promo code NJAL200. Register here.

Teams can use BlueJeans Spaces to collaborate in a virtual workspace with tools like digital whiteboarding and video meetings.

8x8 moves on its XCaaS vision with a tool that aims to bring receptionists into the future of hybrid work.

Virtual whiteboards, social software, and workflow management tools might be the technologies needed to take your collaboration strategy to the next level.