Find out what developments happened this month that could curtail our use of this historical messaging system. 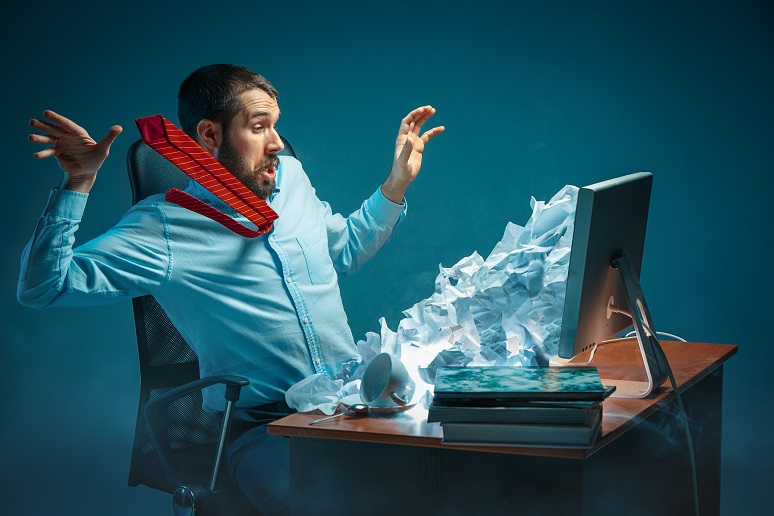 Image: master1305 - stock.adobe.com
Email became popular in the late 90s, and along with phone numbers, is one of the only universal tools of communications that enterprises have. It’s reasonably quick, efficient, global, and practically free. This month three separate developments happened that could curtail our use of email. But first, we have to admit that email remains the predominant mode of business communication methods. It’s not fun, interesting, or anything we like to talk about, but it’s a critical channel for business communications.
Business email products include both server-based solutions and webmail services, both are dominated by Microsoft. Cloud-delivered email is essentially a Microsoft and Google duopoly, and email is a core service of O365 and G Suite.
Despite how much we use email, the economics of competing against both Microsoft and Google with what many consider a commodity service plus fighting entrenched behaviors deters innovation. Microsoft and Google likely see little reason to mess with the success of their email products. As a result, email innovation is lacking.
Instead, users look toward new channels such as workstream collaboration, text messaging, and other applications. Why use chat or text instead of email? The common answer is it’s “easier and faster.” While that’s usually true, it doesn’t make a lot of sense. Shouldn’t a single tool for communications and history be faster?
The problem is email has become unwieldy. It’s a giant catch-all for all types of communications. Our inboxes are full of tasks, notes, receipts, promotions, banter, and spam sent from colleagues, friends, family, bots, and thieves. Every trip to the inbox is wading through a mall of distractions.
Three interesting developments occurred in June that could change our use of email. The first takes a fresh look at the product, and the other two are positioned as email alternatives. Three may not sound like a significant number, but there’s been so little progress in the recent past.
The first is a new email service from Basecamp called Hey. While there’s been a few attempts to re-invent email in the past (such as IBM Verse), this one takes a fresh look at the workflow and addresses several major problems with current email solutions.
For example, Hey restricts who can send you an email. Messages from unapproved senders go to a special processing section where the sender (not the message) is approved or blocked. It’s the equivalent of an unlisted number or a receptionist gatekeeper that also adds an additional tool of restricting spam. Receipts and confirmations go directly to a “paper trail” folder to reduce clutter. Hey offers several tools and features intended to streamline responding to email. Hey doesn’t yet support private domains, but it’s coming.
Slack introduced a new feature that offers an alternative to email. The company introduced Shared Channels last year that allows two organizations to collaborate within Slack. The company has dropped hints that Shared Channels approach was built to scale. The new Slack Connect allows up to 20 organizations to communicate in a single Slack channel. Organizations that use Slack and other workstream collaboration solutions generally see a big decline in the use of internal email. Channel-based communications have many advantages regarding sorting, discovering, and managing information. However, most workstream collaboration tools aren’t that effective for external interactions.
Slack Connect will get expanded inter-company direct messaging and integrations with Microsoft and Google calendars — including group scheduling. Slack Connect applies company-specific retention and data loss policies to the shared content. The new service is rolling out to paying customers, but it is expected to expand to all users. If adopted, it will siphon communications between companies from email to Slack.
The third development came from Microsoft with the preview of Teams for personal use. Microsoft Teams has primarily been positioned as a business application for communications, meetings, and collaboration. Microsoft describes Teams as the hub for teamwork and recently announced it hit 75 million daily active users.
This new version doesn’t intend to replace Skype or other popular consumer chat apps — although it does offer overlapping services. It’s really about extending the Team user interface and features to personal use cases in order to facilitate collaborations such as vacation planning. It’s not a separate app, so existing business users will be able to switch between work and personal modes. There aren’t a lot of collaboration apps used outside of business settings, so today, personal coordination heavily relies on email.
Simply stated, email as we use it, is obsolete. The incoming rate of messages is too high as each message requires action (save, delete, forward, or reply). It’s filled with unwanted and uninvited emails and is a security challenge as sensitive data goes out, and dangerous content (phishing attacks and viruses) comes in. Email don’t reliably offer message receipts or read confirmations, and sent messages can’t be recalled or altered. We use it as a filing system, but we can’t modify our content (like subject lines or adding notes). Email is critical to work but often works against us and requires numerous work-arounds.
The three new products are unrelated, but tell a common story: that frustration with email is building and has been for some time. We must prioritize email in corporate communications strategies. The options are to either improve existing email applications, migrate communications to other applications, or a combination of both.
Next up, it’s time to disrupt the calendar.
Dave Michels is a Contributing Editor and Analyst at TalkingPointz.

To learn more about the transformative power of cloud UC, attend the Enterprise Connect Digital Conference & Expo 2020 taking place online Aug. 3 to 6. On Monday, Aug. 3, industry analysts Zeus Kerravala, Jim Burton, and Melissa Swartz will be presenting the session, "Are Today’s Transformations the Model for the Long Term" from 11:00 a.m. to 11:45 a.m. from 11:00 a.m. to 11:45 a.m.