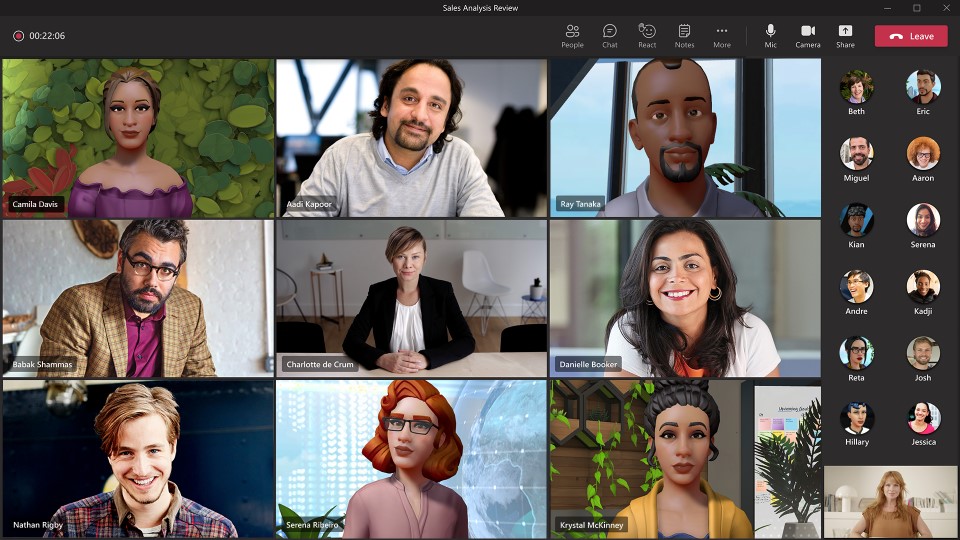 Let me start by saying: I love technology, and I am super excited with the 2.3 zillion announcements Microsoft made on Day 1 of Ignite. I start here because I want you to interpret my upcoming comments as thought-provoking, not as solely being negative.
People with journalistic credentials will summarize all the Ignite news of the day. But perhaps, they should simply invoke the newly announced Azure OpenAI service that leverages the GPT-3 natural language model, which was shown during the event summarizing WNBA gameplay.
Given my skill set, I have chosen to focus on sharing high-level impressions and commentary related to the totality of this week’s Ignite announcements. Day one of Ignite had me thinking about the Microsoft metaverse.
Microsoft has never been great at naming. Facebook unsurprisingly changed its name to Meta — perhaps hoping to cover up its past misdeeds. Then, Cisco announced last week Webex Hologram, which served as an additional push for Microsoft to talk about their version of the metaverse, leveraging the momentarily cool new jargon.

The truth is that Microsoft has spent years working to deliver what they call mixed reality, a combination of virtual reality (completely immersive) and augmented reality (digital images composited onto a user’s view). Early in 2019, Microsoft announced Azure Spatial Anchors, and in March 2021, Microsoft became the first major tech company to deliver a keynote completely in VR, using AltSpace. Microsoft Technical Fellow Alex Kipman, wearing a HoloLens 2 headset, invited anyone anywhere in the world to join him in a virtual coral reef. The experience was well-received.
HoloLens is a fantastic piece of technology. I had the opportunity to experience the new and improved HoloLens 2 with Dynamics 365 Remote Assist, which allows remote viewers to see what you are seeing and add digital annotations to your view. Using Remote Assist, with the guidance of a remote expert, I was able to successfully step through the repair process for several machines I knew nothing about. 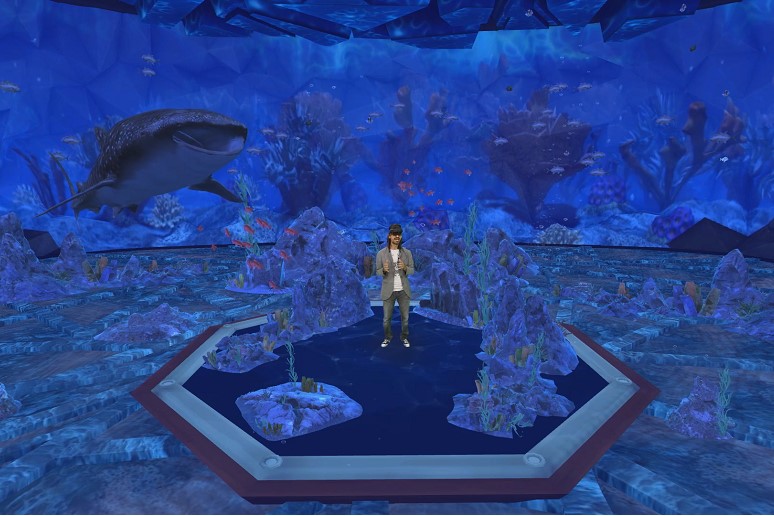 This sets the stage for today’s Ignite announcements: Mesh for Microsoft Teams, which brings 2D and 3D avatars into standard and new virtual reality Teams meetings, referred to as immersive spaces. The idea is to allow you to control personalized avatars via gestures and AI, so you can be visibly in a meeting even when your camera is turned off — a very complex solution to video fatigue.
During the past 18 months, many people were forced to work from home, and video served to help foster connections and engagement. Discussions around bringing your authentic self to work increased, as we peered into colleagues’ homes and met their pets, partners, and children via video.
But now, many are overburdened and stressed with all the video meetings. Turning your camera on makes it impossible to multi-task (for example, prepping dinner like I use to during audio calls), makes it much harder to move around, and requires more focus to appear to be paying attention.
So instead of agreeing to turn off cameras, we can now send an avatar, designed in our likeness, to pay attention, using AI-simulated eye and facial movements, even when we are not. As a presenter, video is useful for measuring attendee engagement. But how do I measure engagement of an avatar, when the person controlling the avatar simply selects the level of engagement to project? I’m certain that any meeting with the boss will have engagement settings maxed out.
Also, what if I believe that to succeed interacting with groups in my organization, or with specific customers, that:
What if to succeed, I need to bring my inauthentic avatar self to work?
No question that AR and VR experiences can help better explore physical models, as is always highlighted in virtual meeting scenarios. However, many knowledge workers deal with simple physical objects such as invoices, spreadsheets, and financial reports. Transporting a 2D object into a 3D immersive space is unlikely to uncover any new revelations, and it may indeed reduce readability.
Mesh for Microsoft Teams is exciting — it is interesting — and I will surely explore all its capabilities, as they roll out over the next many months. Certainly, if we meet in the future to discuss Mesh for Microsoft Teams, you can be certain my avatar will be “paying attention” to each and every word you say.