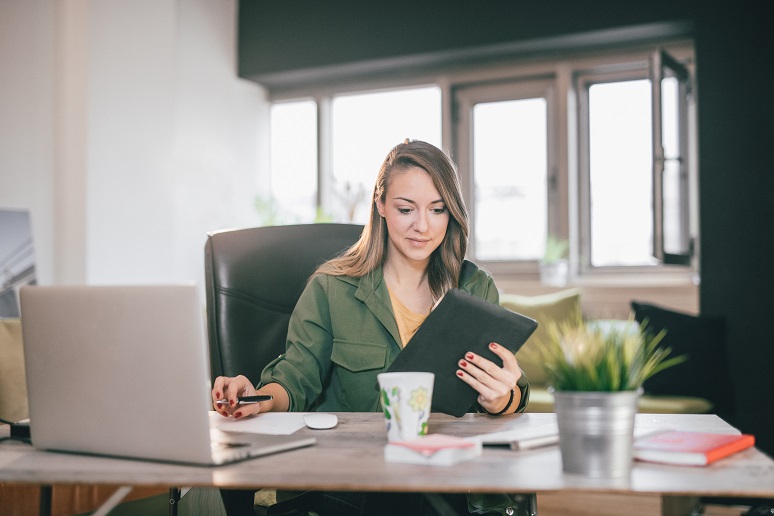 Image: Milica - stock.adobe.com
With many enterprises committing to WFH for the long term, communications and collaboration vendors have begun enhancing solutions for the at-home experience, crafting as-a-service payment methods for hardware, and offering all-in-one collaboration devices.
Facebook Opens Portal to Greater Enterprise Use
For example, Facebook last week announced that it is updating its Portal video device line with support for business-oriented video conferencing apps. Starting in September, users will be able to run video conference apps from BlueJeans, GoToMeeting, Cisco (Webex), and Zoom on Portal Mini, Portal, and Portal+ devices, for clicking into video meetings from the home screen, Facebook said. Additionally, for BlueJeans and Zoom, users will be able to draw on the Portal screen in whiteboarding sessions. Support on Portal TV will follow, Facebook said.
In addition, Facebook made several Portal announcements around its team collaboration application, Workplace. First, Facebook is developing a way to make Portal an all-in-one dedicated work device for Workplace. In this case, users would log in with a Workplace account as opposed to a Facebook or WhatsApp account. Also, Workplace video calls now have background options, Facebook said.
HaaS Offers a Plenty, All-in-one Devices on the Rise
Tackling the problem of getting devices into WFH users’ hands, collaboration vendors like Zoom, Neat, and LogMeIn have all made hard-as-a-service (HaaS) moves. Instead of buying devices outright, enterprises can leverage HaaS programs essentially to rent devices at a monthly rate; an appealing option for some IT budgets and in fluid work environments. Typically, HaaS programs provide enterprises with device support and a device refresh after a contracted period of time. Note that while HaaS has gained attention for WFH, it's not a new concept. Avaya, Cisco, and Poly implemented similar programs before COVID-19 hit.
Most recently, Zoom launched its HaaS offer with Poly, DTEN, and Neat video bars and then shortly after added consumer smart displays, including the Amazon Echo Show, Facebook’s Portal, and Google Next Hub Max. In an article about the HaaS expansion, No Jitter blogger Zeus Kerravala, of ZK Research, noted how Zoom is reading the tea leaves and understands the need to shift “its strategy away from conference rooms to living rooms.”
Similarly, Neat launched its HaaS options for Neat Bars, Neat Pads, and Neat Boards, and LogMeIn released seven all-in-one hardware and software room-as-a-service bundles, which include hardware options from Dolby, Logitech, and Poly.
Separately, Zoom revealed its line of all-in-one WFH collaboration devices, Zoom from Home, and said the DTEN ME is the first device available.
Microsoft and Cisco also are tapping into the all-in-one device trend. Microsoft last month introduced its lines of all-in-one Teams dedicated devices and Teams displays, with the first option being the Lenovo ThinkSmart View. Cisco last year revealed the Desk Pro desktop collaboration display, an “instant office,” as it calls the device. Desk Pro is available under Cisco’s HaaS option.
Will At-Home Devices Catch On?
Display devices might be the perfect fit for the at-home office, but enterprises might be hesitant to deploy them en masse. Some, especially those dealing with shutdown-related financial pressures, might not feel the urgency of adding another device into the mix, or a HaaS commitment, when desktop video meetings seem to be functioning just fine for remote workers.
So, as communication and collaboration providers retool their solutions for the at-home worker, the question remains: Will we see a surge in adoption of these devices and services?