Cisco Retools Webex, Is Ready to Fight Back 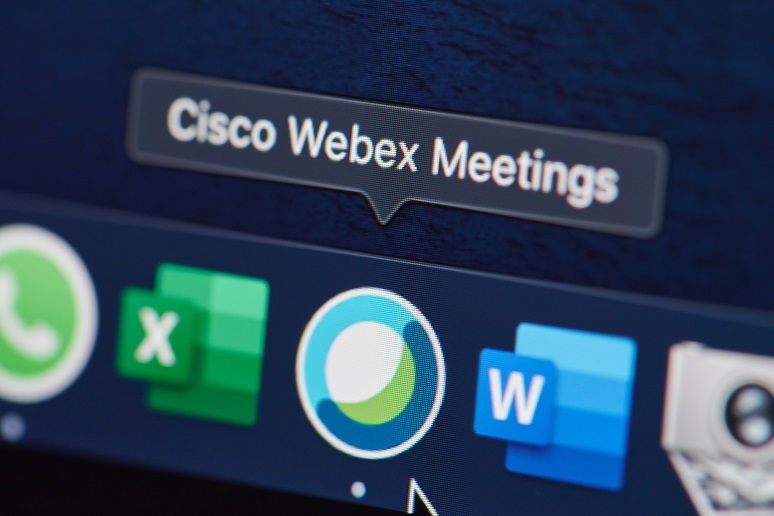 Image: PixieMe - stock.adobe.com
At Cisco Live this week, Cisco announced a slew of updates to its Webex product. As one might expect, some features improved usability, which helps Cisco towards its vision of making virtual meetings 10-times better. Additionally, several new features were aimed at improving employee well-being and combating video fatigue. Cisco also augmented its 10-times vision with the addition of making in-person interactions 10-times better.
This last point is an interesting one, as we’ve held the in-person meeting as the gold standard for interactions. In the early days of telepresence, we would describe those sessions as “almost as good as in person.” The fact is in-person meetings — particularly large ones — aren’t always effective as capturing information, measuring engagement, and doing post-meeting tasks are often done poorly. Technology has helped us improve virtual meetings, so it stands to reason, it can help us improve physical ones as well.
First, let’s look at the Webex changes outside the realm of the employee experience, geared at making the meeting experience 10 times better. They are:
However, the most notable updates were around helping people manage their time and work relationships. Cisco will be providing easier access to granular data and insights into how people work, allowing leaders ways to recalibrate how they use their time while shining a light on things to help employees be more efficient. Cisco has these added capabilities into its People Insights feature, which you can read about in detail in this No Jitter post.
Moving forward, enterprises will need to consider the health and wellbeing of workers, especially with remote working becoming a more permanent way of working for many employees. I’ve talked to countless people who say their day is comprised of nothing more than video meeting after video meeting — these updates can help counteract that.
It’s fair to say that when the pandemic started, Cisco Webex was behind primarily Zoom, with respect to user-oriented features. Cisco has always put a premium on security and making corporate-grade products, which makes sense since Cisco is used by many big banks, governments, and other organizations that value those aspects. On the other hand, Zoom prioritized ease of use and whiz-bang features like virtual backgrounds and video filters. When employees were sent to work from home, users flocked to Zoom, and it became the product of choice for shadow IT.
There is a perception that Cisco was behind Zoom, and as I mentioned, they were in some areas such as ease of use, but the two companies had different focuses. A year ago, Zoom lagged behind Cisco in the area of security, and those weaknesses were exposed, and Zoom bombing became a term. Since then, Zoom has put a tremendous amount of effort into plugging its security holes. Neither company was better per se, the two companies had different focuses, and Zoom caught lighting in a bottle when users started choosing the meeting product.
Since then, Cisco has woken up and has rolled out new features and devices at a rate one would expect from a market leader. While it maintains its excellence in security, there has been a stronger focus on usability driven by the 10-times mission statement. From talking with the Cisco Collaboration executive team, this is just the beginning, and we should expect much more over the next year.