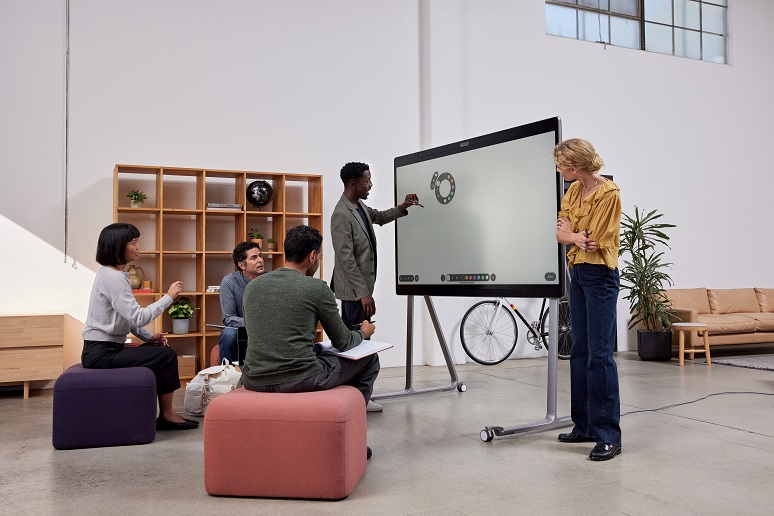 Source: Cisco
This week, Cisco is holding its virtual WebexOne 2021 event. Although the company has had a consistent set of features over the past 18 months, it used this event to unveil several new Webex Suite innovations.
While Cisco was caught flat footed when the pandemic began, it’s been getting its collaboration portfolio ready for the era of hybrid work. Hybrid work will no question be the way moving forward, as people want the flexibility to come in the office when they want but work from home at their discretion. Most meetings will have at least one virtual participant and likely more than one. Cisco has been working towards this blending of in-office, home office, and remote working, which they punctuated at WebexOne. Below are the key innovations announced at WebexOne.
Webex Hologram
Cisco made plenty of news but none bigger than Webex Hologram. The best way to envision how this works is to compare it science fiction shows like Star Trek: Discovery and Star Wars, where people meet with photo-realistic holograms of remote participants. Cisco shipped me a wireless headset, and I was able to experience it myself, and the imagery of the person I was collaborating with was outstanding.
In addition to being able to “see” the other person, we were able to share and manipulate physical content. During my demo, I pulled up a virtual car and was able to spin it, zoom in, and even stick my head inside the window and see the vehicle's interior.
While I don’t expect people to be walking around the office wearing 3D VR headsets any time soon, this could be applied to several use cases and industries today, including the medical industry, manufacturing, education, and entertainment.
I first saw this about two years ago on the Cisco campus, and Cisco has made significant progress in taking the concept of a hologram from vision to reality. Webex Hologram is currently available in pilot only with no release date yet. This has been the stuff of science fiction, but with Webex Hologram, it is now close to being available as a mainstream collaboration tool.
Device Innovation
While it’s fashionable to be software only, hardware still matters. Cisco has used its ability to control the end-to-end experience as a differentiator, like the way Apple goes to market in consumer electronics. Over the past year, it announced several new devices such as the Webex Desk Pro, Desk, and Desk Hub. It added to this lineup with the below: 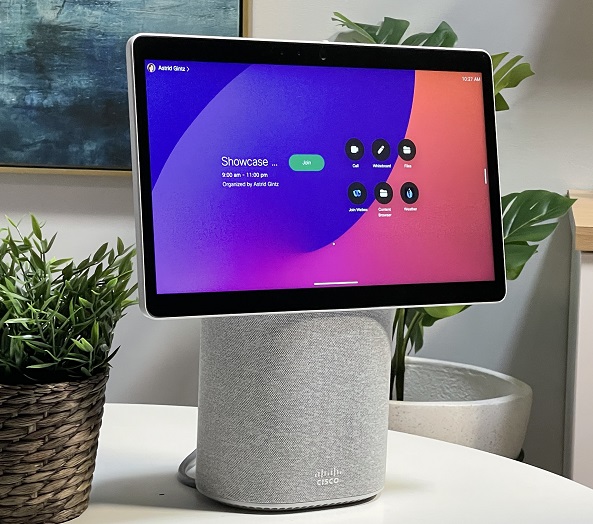 The Webex Desk Mini
Hybrid Work Capabilities
At WebexOne, Cisco announced several new capabilities to power inclusive hybrid working, which include:
In addition to the above, Cisco announced Webex devices can now be used with Zoom, Microsoft, and Google meetings and over 60 partner integrations such as Smartsheet, Miro, Mural, Thrive Reset, and more.
Lastly, Cisco and Bang & Olufsen have partnered to deliver the Cisco 980 luxury headset. Cisco 980 has all the features one would expect in a device like this, such as adaptive noise cancellation and crystal-clear audio. It also has a certain “wow” factor, given the high-end image B&O has in consumer electronics. The suggested retail price of $549 seems very reasonable given the price of premium headsets. 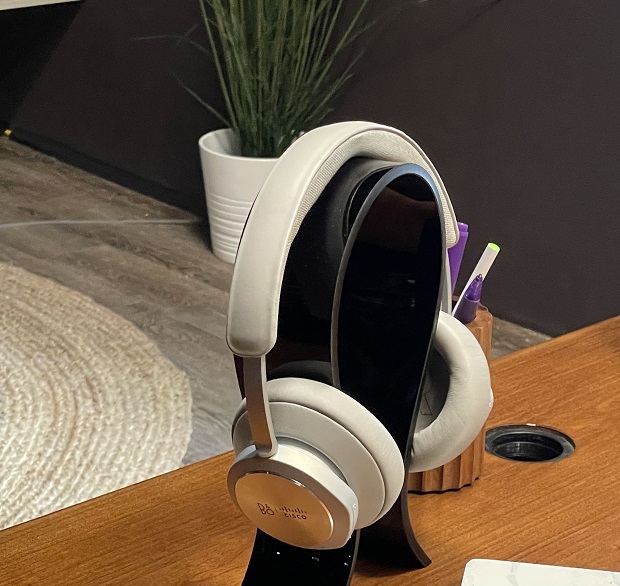 The Cisco 980 headset
The Webex group was reeling 18 months ago, as it lacked many of the core features needed for remote work. Since then, it’s come roaring back, closed the feature gap, and is now outpacing the rest of the industry in almost all areas of collaboration. It’s fair to say Cisco lost the work from home battle, but it’s now focused on ensuring it wins the hybrid-work war.