Since its posting late last year, the " The Email Killers: 10 Cloud-Based Team Collaboration Tools" slideshow has consistently been among each week's most-read items on No Jitter. Credit Brian Riggs, an analyst with Ovum's Enterprise group, on a job well done -- and if you haven't yet explored the implication of this sort of team collaboration capability for your enterprise, I'd suggest you do so soon.

And as you do, you'd best shed any communications-centric biases you might have, as Riggs suggested in his slideshow introduction. "Those of us with a communications background need to bear in mind that these apps are neither UC nor are they enterprise social. If in certain respects they look like one, the other or both, then that's only because we (or at least I) mistakenly try to look at them through UC-shaded glasses. In fact they're more closely related to, if not born out of, project management software that's been around for years."

Riggs further suggested that a good point of comparison is the chat room. Cloud-based team collaboration tools are essentially chat rooms for small teams -- "chat rooms with their own document repositories, persistent and searchable message threads and integration with a surprisingly wide range of third-party apps," he wrote.

And, despite the headline on that slideshow, these team collaboration tools aren't really so much about killing email as they are about reducing employee reliance on it, Riggs wrote. 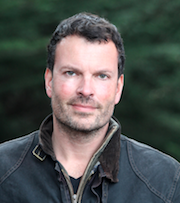 Never-Ending Inbox
Ah, yes, freeing users from email's snare is a command at Atlassian, provider of one of the earliest cloud-based team collaboration tools, HipChat (as well as Confluence, a widely used content collaboration tool). But wanting to free users from a reliance on email is not the same as being on a quest to kill email, as Bernardo de Albergaria, Atlassian collaboration SVP and GM, pointed out to me in a recent interview.

"We know email is here to stay," de Albergaria said. And that's OK, "because email is very good at a few things," like communicating with anyone external to the company.

The problem is when email, which provides little to no context, becomes the de facto means of communications. "Email is very bad at other things, but we're all so used to email that it becomes the lowest common denominator -- the thing we tend to fall on first because it's easiest," he added.

Overcoming that behavioral bad habit is the biggest challenge Atlassian -- and any other provider of cloud-based team collaboration tools -- faces, de Albergaria said. "The idea of having to go to another tool -- be it a project management tool, a team communications tool, an enterprise collaboration tool -- usually involves a change of behavior.... And the obstacle is the inertia around it."

De Albergaria joked that Atlassian's original plan to jolt users out of their complacency was to "bring in a squad of goons with baseball bats." But then it realized that strategy "wasn't going to be cost effective because of litigation issues."

Fortunately, as use of HipChat and other team collaboration tools goes viral, reduced reliance on email becomes a positive side effect. Anecdotally, enterprises with teams using HipChat report email traffic shrinking by 60 to 90% at their organizations, de Albergaria said. That's a large range, and higher than I would expect, but these are not vetted statistics. "We don't have access to their email systems, so we cannot measure this ourselves, but this is what they're telling us," he noted.

Observable Work
More interesting from the Atlassian perspective is the way team communication and content collaboration tools create "observable work," de Albergaria said. "Work doesn't happen in a closed email conversation where people out of the conversation are basically locked out of the content or communication or, in the case of online repositories, file containers that are shared back and forth in closed loops."

Rather, work happens in open forums through which people can "observe, participate, derive value from, and provide value to" a conversation even if they weren't initially party to it. If a team doesn't have the ability to share documents, links, audio and video conference recordings -- all the context associated with a project or topic -- in one easily accessible workspace, you might as well hand everybody an invisibility cloak to throw over their work.

As de Albergaria said, "You lose a lot of knowledge in email."

If a recent UCC benchmark study by Nemertes Research is indicative of what's happening in the enterprise, then it seems companies are indeed looking at tools like HipChat for a fix. For that benchmark, the firm talked to 50 senior-level IT leaders representing 45 companies across industries, and found that about 25% were either evaluating or starting to trial team communications apps, as Nemertes VP Irwin Lazar, recently discussed during a UCC benchmark webinar.

But, as Lazar learned in asking his own team to try out some of these team communications apps, that dratted email is always out there at the ready.

Between the Great Resignation and pandemic-related supply issues, IT heroes have emerged to lead enterprises forward.