The proverbial putting skin in the game means being onsite, and there really is no substitution at least for taking customers like this through the transition of moving from the past into the present with a converged network solution.

In my last post, I discussed some granular issues that hinder successful convergence deployments. Looking back over the years at the same customer site, there are more meaningful lessons of what occurs on customer premises, including the dynamics of change. When faced with tough decisions, some customers want to do more than add to the existing dilemma; they try to move ahead by surgically removing all the historical sins of the past.

In the second photograph taken at the site (shown below), there are more details looking not just at the physical aspect of the site condition, but also any potential landmines such as we experienced with a lone router supporting the drop and insert of data bandwidth and voice channels for the old Nortel Norstar TDM PBX onsite. 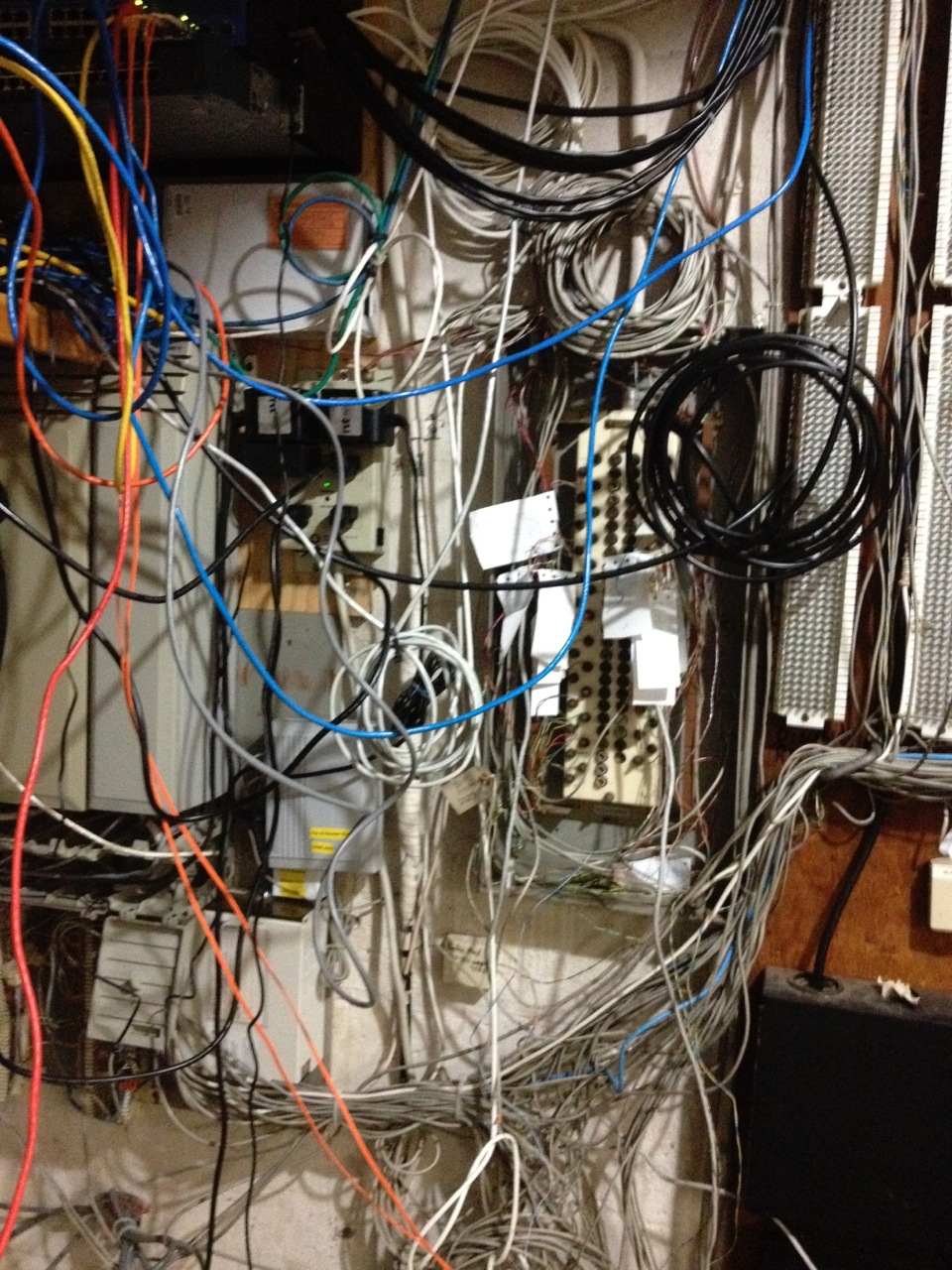 Nortel PBX – No battery backup and the system onboard battery is dying. Every few months the customer PBX guy is called to reprogram "recent" changes to the software, which keep dropping from the system. The reason the changes drop is because the memory drops most recent changes when a power loss occurs, and the system onboard battery cannot support storage of programming. The system is well over 15 years old, and there is no external battery backup to prevent the memory loss.

Elevator Phones – Connected to an analog terminal adapter using a PBX port. While it works, the risk is a power failure or system failure concurrent with someone being trapped on an elevator and unable to get assistance. It's never a good idea in any telephony platform to place an elevator phone on anything other than a dedicated POTS line. Whether or not this will change and how local jurisdictions will treat hosted solutions may be up for debate.

Network LAN Switch – This had previously been connected to 62.5mm fiber using copper media converters (10/100 Mbps) with no UPS or power protection, which in turn led to ongoing replacement of media converters when local power disturbances burned up the media converters. This meant the full potential of the fiber backbone network remained at 10/100Mbps, with constant disruptions to users. The existing LAN switches remained unmanaged simply because no one set them up with VLANs and link aggregation to take advantage of the spare fiber pairs between buildings.

Coaxial Cable – Crisscrosses the poorly managed jumpers and cable plant shown in the photo, eventually connecting to a security camera DVR system that also connects to the network. The DVR and security equipment remain unprotected and without backup power.

Without deep discovery and meaningful site surveys, many of these issues will remain unknown to potential providers. This brings me to another point about remote assessments that providers often use and solely rely upon for their "discovery." Running a client app to discover elevator phones connected to TDM PBXs isn't likely, and relying on customer questionnaires doesn't really excuse providers from not knowing either.