Don Joos aims to "keep his foot on the gas" as he drives to unify ShoreTel's cloud, mobility, and premises operations. 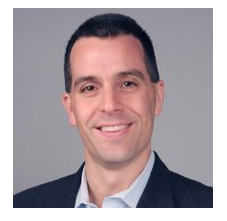 ShoreTel named Don Joos its new CEO last August. This is his third executive appointment at ShoreTel; he joined in 2011 as VP of Global Services, and then acted as SVP of Operations. His CV also includes executive roles at Avaya and Nortel.

I had the opportunity to sit down with Joos just prior to a recent baseball game at AT&T Park. There are few things oranger than a ShoreTel event at a Giants game. It was a celebration of sorts, as the Giants were hosting the Dodgers--both teams are ShoreTel customers. The Giants went with ShoreTel five years ago, and the Dodgers just completed their installation. Along with IT staff from both teams, we watched the Giants beat LA.

Joos takes the reins at ShoreTel at a pivotal time. The company recently saw some management departures, which now allows Joos to shape the executive suite. Both the premises and cloud divisions at Shoretel are growing, but overall profitability remains elusive. Meanwhile, big changes are occurring within the competitive landscape: Cisco recently withdrew several products that compete with ShoreTel, while Avaya, Mitel, and NEC are simplifying their products. Additionally, many competitors are repositioning around OpEx models--an area where ShoreTel jumped ahead by acquiring the cloud communications player M5 Networks.

Joos is optimistic about the future, and believes ShoreTel is well positioned in a dynamic marketplace. He doesn't expect significant changes in the strategy, largely because he helped craft it under ex-CEO Peter Blackmore--although he does expect to be the first CEO to deliver a consistent "modest" profit. "We need to prove our model, that we are building a leverageable business," Joos said.

He indicated that he and Blackmore shared a similar vision for the future as well as tactical priorities in the short term. The big difference between Joos and Blackmore appears to be in style: Joos prides himself as being hands-on. As head of operations prior to becoming CEO, he was directly involved with application development and schedules, leading the company's development team in Austin. Keeping in this close touch with this team could prove challenging going forward, however, because he's moving to corporate headquarters in Sunnyvale.

Joos was on board when ShoreTel acquired M5 Networks in 2012. And the division (now known as ShoreTel Sky) is a big part of the company's broad portfolio. Joos says that ShoreTel's approach is to ask the customer, "How would you like to consume our vision?" The choices are between cloud services, premises-based products, or a mixture of both. Today, these options represent different divisions, products, channels and visions. "It was an intentional move to keep M5 separate after the acquisition; we needed time to learn the cloud," he said.

Moving forward, Joos intends to be the CEO of a more unified ShoreTel. The elimination of the boundaries can already be seen with ShoreTel Mobility, the ShoreTel Dock, and the upcoming SIP-based ShoreTel 400 phones--all designed for a unified portfolio.

Being a more unified company requires one unified management team. Joos promoted Pej Roshan to VP of Product Management for all of ShoreTel's products, and he hired Pankaj Malhotra as SVP of Engineering for all of ShoreTel. Roshan came to ShoreTel via the Agito mobility acquisition (2010). Malhotra was most recently responsible for engineering at Juniper.

Joos believes there's leverage in ShoreTel's base and portfolio. The cloud division is well regarded by many analysts including Gartner, with industry-leading metrics around revenue and customer size. Its customer list includes many members of the emerging clouderati such as Box, Foursquare, and SendGrid (premises customers include Twitter, LinkedIn, and Yelp). The cloud division grew 35% last year, and represents a significant chunk of ShoreTel's recurring revenue, which now accounts for about a third of total revenue. Joos believes the 50% mark is not far away for recurring revenue.

The premises division isn't growing as quickly, but is growing faster than the industry and delivering profit as a unit. Citing figures from Synergy Research, ShoreTel says its US market share increased from 6.4% in the December quarter of 2012 to 8% in the March quarter of 2013.

Still, Joos doesn't want to be the CEO of two separate companies, and has Roshan and Malhotra working to combine the premises and cloud operations. Specific details were sparse, but hybrid solutions don't take a lot of imagination.

Joos believes one of his top priorities is "keeping the foot on the gas" through execution. I got a sneak peek at the roadmap, and it is very aggressive--it will take a lead foot. Near-term expectations include virtualization, new endpoints, and a major upgrade to ShoreTel Mobility.

A unified ShoreTel will certainly streamline operations, but Joos also sees it as a means to growth. The premises base is interested in the integration of cloud services, while the cloud business could benefit from some premises-based hardware for certain applications. Currently, ShoreTel Sky is still reselling Cisco phones, but that's about to change.

Joos believes the ShoreTel brand is still pigeonholed in the premises world. As ShoreTel aligns its value propositions into a single and broader vision, he is confident that a new, more powerful brand will emerge.