With the Cyber Defense Matrix, enterprises can measure their security coverage and discover gaps in their IT strategy. 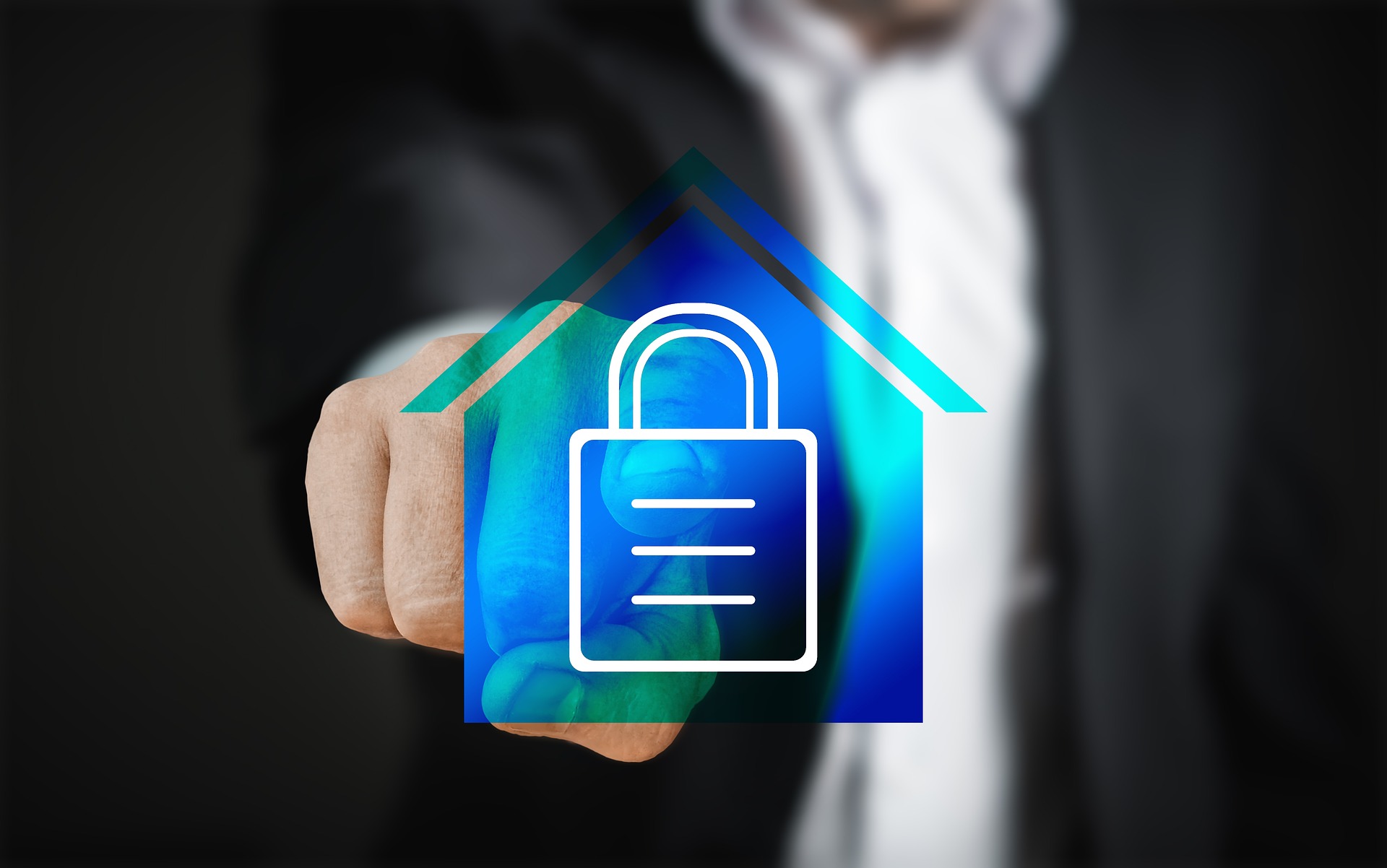 In part one of this series, we described three foundational functions that NSA recommends to reduce cyber security attacks: Multi-Factor Authentication, Role-Based Access, and Application Whitelisting. Upon this foundation, we at NetCraftsmen recommend three additional functions: network segmentation, operating system patching, and backups, described in part two of this series.
The Cyber Defense Matrix
You should now be asking, “What’s next?” The answer to that question is the Cyber Defense Matrix (CDM), a security model created by Sounil Yu. He combined the NIST’s list of five operational functions with five asset classes, and then overlaid the matrix with technology that can be applied at each intersection of functions and assets (see The Cyber Defense Matrix: A Scientific Model for Cybersecurity). 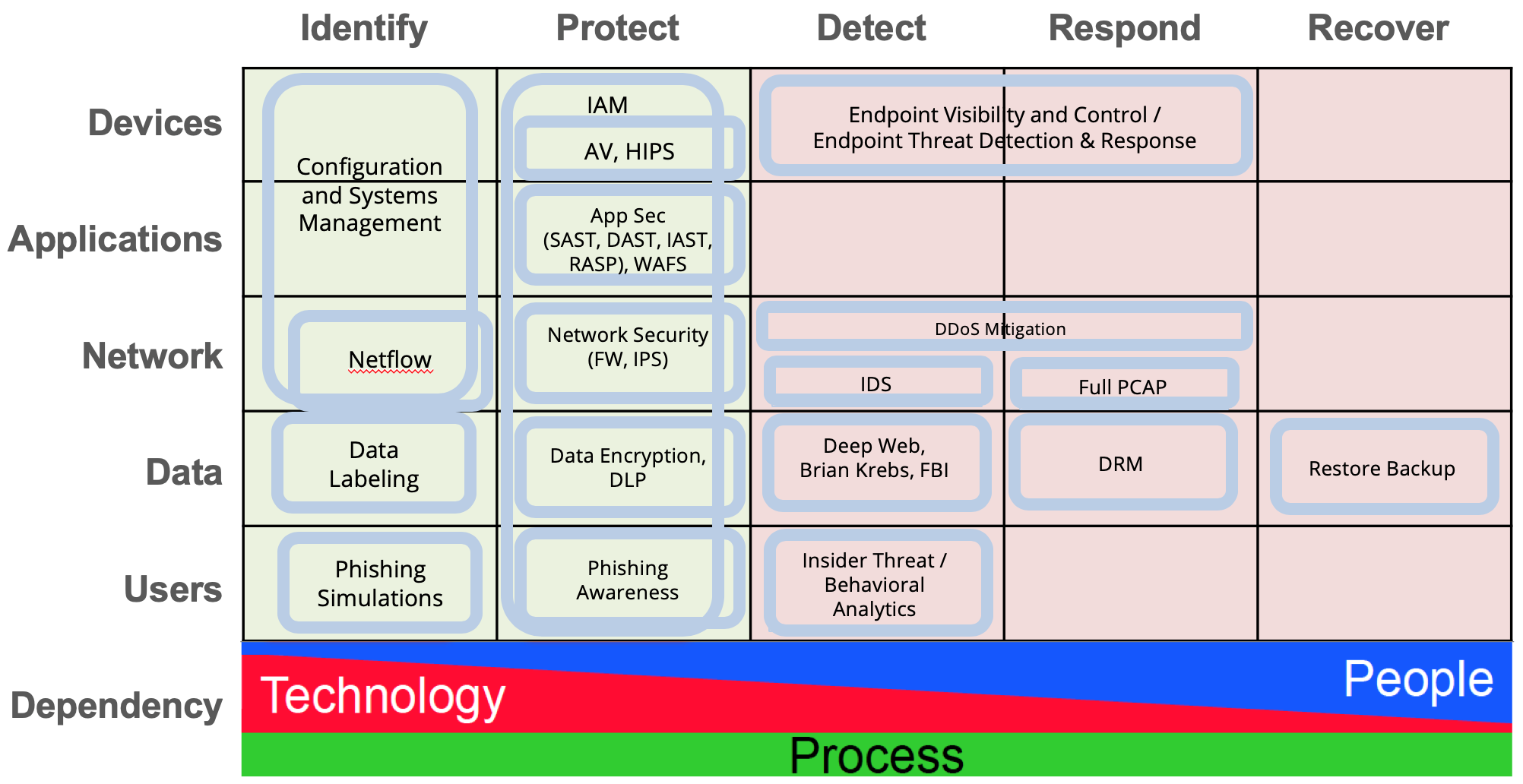 The “Dependency” section at the bottom of the grid shows the mix of people, process, and technology that are required for each of the five operational functions. Automated technology is used to a greater extent in the functions to the left, while people are more important in the functions to the right.
The “Identify” and “Protect” functions, colored light green on the left, are used prior to a security event and the three remaining functions, highlighted in light red, are used after a security event. So, Identify and Protect are functions that protect the IT systems from attacks, while “Detect, Respond,” and “Recover” are functions related to handling a security event that has occurred.
Each intersection within the matrix identifies a security mechanism that applies that column’s function to the corresponding asset of that row. The intersections that have no mechanism are blank. A mix of people, process, and technology are needed to implement each mechanism. For example, Netflow provides the “Identify” function for “Network” assets, because it identifies conversations between network endpoints. The process for using Netflow would use technology to identify network traffic flows that are of interest. Those flows would be investigated further by the security team.
Using the CDM
Each mechanism in the CDM can be colored to show whether it’s purchased, fully implemented, or staffed (including staff training):
The colors allow you to quickly identify holes or duplication in your security systems. Adding budget information for CapEx and OpEx spending allows you to see how your security budget is being used (see Security Budget Analysis with CDM). You may find that most of your budget is going into the “Detect” function, while “Protect” is under-supported. As with any endeavor, it’s always better and less costly to implement preventive functions than to use remedial functions.
Additional Steps
The CDM is a useful tool to identify mechanisms that should be on your list of next steps. Not all mechanisms have the same return on investment. For example, so-called spear-phishing campaigns are becoming more prevalent. Improving phishing awareness with simulations and education could easily be much more effective in reducing security events than spending a lot of money on detection tools.
At NetCraftsmen, we recommend the following CDM mechanisms for implementation on top of the foundational functions:
Defense in Depth
Good IT security relies on defense in depth, which means that multiple systems are used to prevent, detect, and remediate attacks. The mechanisms in the CDM work together to provide comprehensive IT security measures. Ultimately, a network security strategy should be built on a solid IT foundation, and additional mechanisms can be added as needed when the budget allows.