Enterprise voice systems don’t need to be left out of the fight against spam calls. 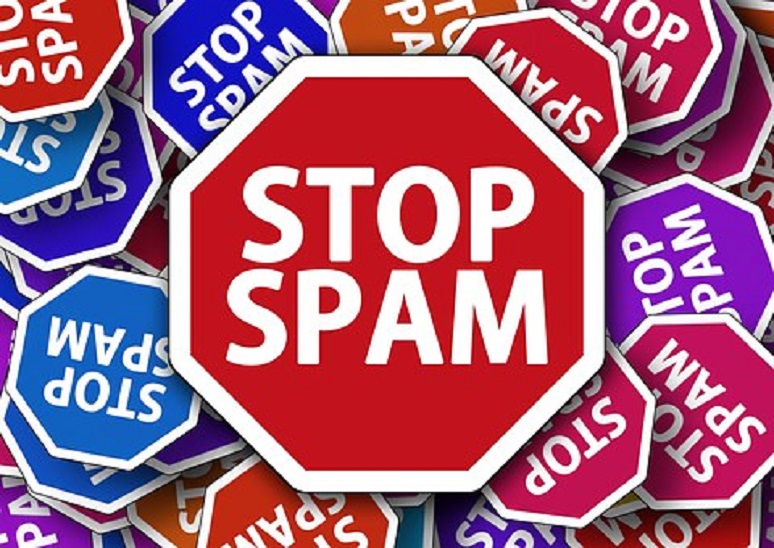 Have you been as annoyed over robo and spam telephone calls as I’ve been? For me, it had gotten to the point where if I didn’t recognize the number of the incoming call, I wouldn’t answer my mobile phone. This caused me to miss what turned out to be quite a few very important phone calls. Yes, some made their way to voicemail, but with less and less people leaving messages, many became lost opportunities.
Thankfully, companies such as Nomorobo and Call Control introduced iOS and Android apps that identify and block pesky, and sometimes dangerous, calls while allowing the important ones to ring through. Some companies are even coming out with devices that connect to landlines (do those still exist?) to keep wired phones free of unwanted sales pitches and scams.
However, with such capabilities not available for enterprise communications systems, many businesses are still being inundated with annoying, malicious, costly, and time-consuming interruptions throughout the workday.
Enter Mutare
You may know Mutare as the enhanced voicemail company. The Mutare Voice solution does everything a traditional voicemail system does while adding features such as CRM integration, transcription, and multichannel digital message delivery. I’ve used Mutare in the last few companies I’ve worked at and have been overjoyed when I’ve been able to jettison the touchtone systems of old.
As the frequency of robo and spam calls skyrocketed, Mutare realized that Mutare Voice was the ideal place to stop those calls dead in their tracks. That’s not to say that Muture treats malicious calls exactly as voicemail -- i.e., an enterprise telephone doesn’t ring three times before a spam call is diverted. Instead, the Mutare Spam Filter steps in as the call is presented to the communication system and within the “flashest of flashes” determines its fate.
That determination comes from a rules engine that performs a number of operations. The rules engine checks the call against:
The result is that enterprise telephones ring only when the spam filter deems a call to be safe.
So, how does Mutare accomplish this?
It all begins with two of my favorite subjects -- SIP trunks and session border controllers (SBCs). If you didn’t need an additional reason to get rid of those ancient ISDN trunks and move to SIP, here’s yet another.
When presented to an enterprise SBC, a SIP call is diverted to the Mutare Voice Spam Filter Screening Proxy. This device acts as a front-end to Mutare Voice, which holds the disposition rules (white and blacklists) along with an interface to a dynamic cloud-based robocall database. Believe it or not, the entire process from SBC to Screening Proxy, to Mutare Voice, to robocall database, and back to SBC call flow takes less than a second. This means that non-malicious calls experience virtually no delay.
As for those nasty robocalls, they’re unceremoniously dropped without the called party ever being made aware of them. For the user, it’s as if they never existed.
Pictorially, the solution looks like this: 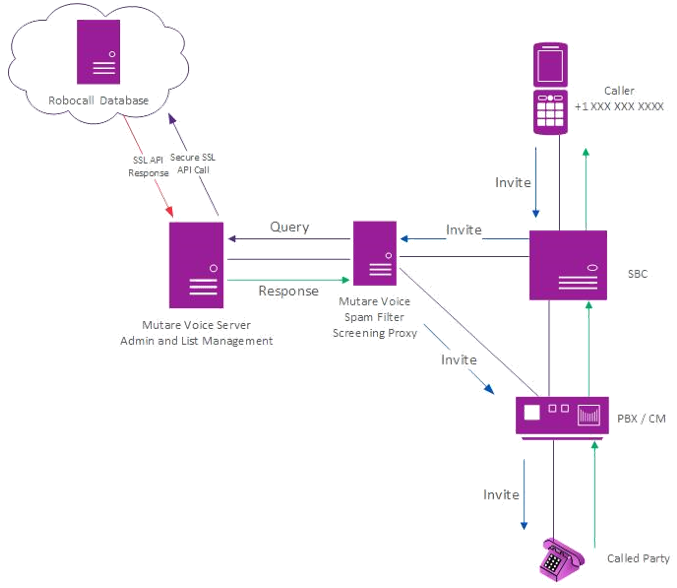 Four more points bear mentioning.
First, at no time in this flow is the voice stream (i.e., Real-time Transport Protocol) touched. The Mutare system accomplishes call screening entirely with SIP signaling.
Second, the distributed architecture allows for a throughput of 150 calls per second. That’s pretty darn fast.
Third, if for any reason the Mutare system should fail, the A/B weighted routing of the SBC will bypass it altogether. No call screening will take place if this occurs, but on the positive side, real calls won’t be blocked.
Finally, the beauty of this architecture is that it’s communications platform independent. The Mutare Spam Filter can work just as well on an Avaya system as it does on a Cisco, Microsoft, Mitel, or whatever other system or systems an enterprise has in place.
In the Future
Of course, any product worth investing in must have a roadmap and the Mutare Spam Filter solution is no outlier. In addition to everything mentioned above, the near-term goals include:
Of the above enhancements, the one that most intrigues me is voice CAPTCHA. This would essentially provide a secondary screening whenever it’s unclear whether a call is spam or not. With this feature, the caller would have to repeat back a dynamically created CAPTCHA code. Since the spam “caller” most likely isn’t a real person, no data will be entered and the call will once again be unceremoniously dropped.
Mischief Managed
While there are worse things in my life, the constant barrage of robocalls (“This is the IRS and you will be placed under arrest unless you do the following”) is an annoyance I could do without. As I stated earlier in the article, robocalls keep me from answering important calls. They also break my concentration and my work suffers from all the interruptions. Outside of me and my petty concerns, they clog contact centers and places where handling calls quickly (think healthcare or emergency response centers) is crucial.
The Mutare Spam Filter may not stop every bad call, but I expect that it will stop most of them and that will be a very good thing for everyone. Except, of course, the spammers.