SDN Spreads Its Wings And Starts To Fly

To date, the emphasis in Software Defined Networks (SDN) has been the virtual network architecture, and it's clear that a robust, programmable, high-performance network infrastructure must be in place before this standards-based technology can start to deliver on its promise, which is nothing less than the emergence of a new ICT era. And it will come--can only come--via an ecosystem comprising key players in the enterprise space.

The benefits of virtualization and the cloud are already tangible today: SDN takes us to the next level. No longer is the networking infrastructure viewed as merely providing fast connectivity between users, servers and storage. Instead, as illustrated in Figure 1, it is abstracted by the combination of a network Operating System and one or more centralized management platforms, e.g. OpenStack. 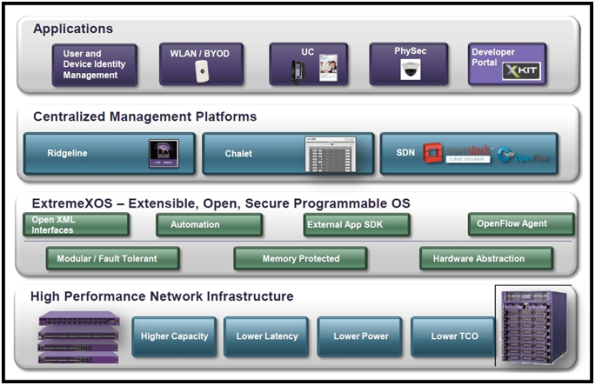 Figure 1 illustrates the open fabric edge architecture of Extreme Networks, a company that has implemented OpenFlow and OpenStack across its Summit and BlackDiamond Ethernet switches. ExtremeXOS is the open, programmable operating system that provides the requisite network abstraction functionality.

ExtremeXOS from Extreme Networks is an example of a network OS. As illustrated above, it is modular and it employs a fault tolerant design. The features are applications that run as individual processes and software packages on Ethernet switches. They can be downloaded when additional services and features are required. In addition there is an extensive SDK scripting capability as well as an additional layer of intelligence that performs identity management tasks. It provides integrated security and policy enforcement that identifies, locates, and authenticates connected devices and users.

The centralized management platforms employ network level intelligence: they replace the duties performed by a PC's Operating System. These platforms automate what used to be tedious, manual tasks, like assigning profiles, and they also allow resources to be added, dropped or relocated via a Web interface. Ridgeline is Extreme's centralized management platform; it's a scalable, full-featured network and service management tool that simplifies configuration, provisioning, troubleshooting and status monitoring of IP-based networks. Ridgeline also adds intuitive features that help save time by streamlining common tasks.

Say Goodbye to Silos
Right now, in addition to the regular wide area infrastructure, many enterprises operate four other networks: WLAN overlay/BYOD, Unified Communications (UC), Physical Security for surveillance; and a network for sound/video or AVB (Audio-Video Bridging). As indicated in Figure 2, these "silo" solutions become part of a single unified edge in a SDN environment. The network OS will immediately recognize new devices, phones, access points or switches that employ the OpenFlow communications protocol, and they will be configured automatically. This feature also applies to new employees as well as those that get a new position in the company. Rights will be assigned automatically according to their job title.

Figure 2. The Open Fabric Edge Framework eliminates the need to manage different silo networks. Everything is unified at the edge and many tasks are automated. Other attributes that are common throughout the network include: low latency, loss-less transmission, resilient multi-path performance and adherence to other open standards, e.g. open XML.

Network 1. WLAN/BYOD: A new generation of Access Points (APs) lowers the cost of deploying and operating a secure, reliable 802.11n WLAN, enabling controller-less operations at small to medium sites by serving as a virtual controller and coordinating the operation of up to 24 neighboring APs. BYOD and other security issues are handled automatically. As soon as a new device is detected, the relevant privileges and policies that were determined by the network administrator for the device owner are granted automatically. No additional process is required.

Network 2. Unified Communications: UC is a particularly interesting application. There are valid concerns about bandwidth-hungry services like video streaming impacting the other media. In the Open Fabric Edge solution, the issue is addressed in real-time--appropriate for scenarios when the network traffic is real-time traffic. If congestion is detected, then the management platform will dynamically allocate additional resources for the duration of the session. It's that simple.

Network 4. Audio-Video Bridging: AVB technology is available on the switches. The benefits include: reduced complexity of cabling and installations, interoperability between networking devices, and a reduced need for complex network setup and management. The infrastructure negotiates and manages the network for optimal prioritized media transport.

Interim Conclusion: SDN enables the consolidation of all the various network types that enterprises employ, and it automates many of the routine management tasks. In turn, this results in the ability to run more efficient communications tasks and to operate in a unified corporate environment.

In the next section we'll look at a task that is very demanding, in fact it sets the performance bar. High Performance Computing (HPC) is no longer exclusive to the scientific community. "Big Data Analytics" is becoming a mainstream business application that enables real-time business decisions. It requires high-speed, low-latency communications, and recent advances in Ethernet technology, e.g. 40 Gbps--becoming a standard in data centers--remove the need for yet another network technology; in other words, Fiber Channel can go away.

High Performance Computing
The following schematic provides an elegant example of the way that fault tolerant performance is realized in a virtual network. This particular topology was employed for the Extreme part of a four-vendor, HPC performance test conducted by Nick Lippis, an authority on data centers and the cloud. 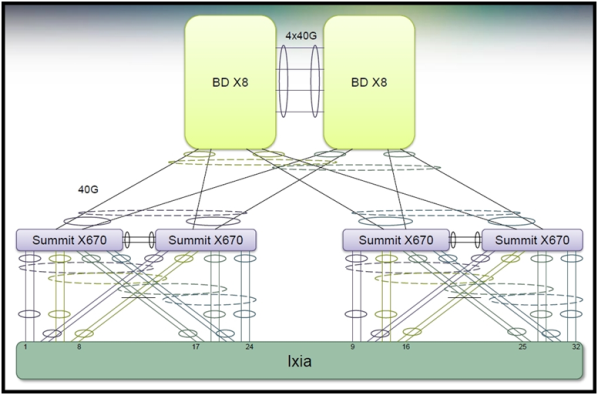 Figure 3. The I/O technology requirements for HPC include: bandwidth aggregation to multiple I/Os with seamless migration to higher speeds and feeds; minimal cost increases with speed migrations plus resilient and time-tested performance. This is the bill that Ethernet fits.

Two BlackDiamond (BD) core switches interconnect with each other and the Summit edge switches at 40 Gbps, and there are multiple 10 Gbps connections to the edge switches. These are virtual connections, not physical. Therefore it is easy to transfer resources as and when required, and there is a lot of redundancy, so if part of the network goes down there is little to no impact on the performance.

The Ixia test platform simulates cloud services being transferred over the network. It was used to enable different traffic profiles operating at different speeds to be monitored and controlled. The performance figures for Extreme are impressive. For example, a unicast (many to many) transfer of 128 bytes had a latency of just 2.0 microseconds.

Details of the performance test can be found at: http://lippisreport.com/2013/03/extreme-networks-open-fabric-lippis-fabric-test-results/

Conclusions
Software Defined Networking has moved on from being merely an exciting concept and is now accepted as an innovative development whose time has come. It's a real game changer. The game it's changing is the closed, proprietary world of networking with its vertically integrated hardware, slow innovation and artificially high margins: a world that hasn't changed much for decades. In that time, we've experienced the convenience of cellular telephony and the obvious benefits of IP Telephony, e.g. Skype. Now we look set to enter a new era in which networks and their resources are virtualized and abstracted from the users.

It's clear that the benefits of managing one network instead of different silos, the real-time automation of configuration and resource allocations tasks, and the tight integration of devices and the network will lead to efficiencies of scale and facilitate the development of next-generation services. SDN is enabling IT to make better use of corporate resources: to do more while operating in an era of tight budgets and a problematic economy.