SDN: More Than A Game Changer

Ideally, networking will get closer to the computing environment and ideally it would become an integral part of the corporate ICT infrastructure.

Software-defined networking does more than change the rules of the network game; it throws them out the window. In future networks, functionality will be determined by users and managed by the IT department, but the evolution path is subject to debate. There are different perspectives and overlapping interests.

The debate between "deep" and "shallow" implementations of SDN and the different perspectives was expertly covered in Tom Nolle's article "SDN Will Win--But Which SDN?" This article is not going to continue the internal debate or the media hype, which must be confusing the market. Instead I want to put the different vendor-centric perspectives aside and go back to the basic proposition.

SDNs can be built using white-label Ethernet switches, commodity products that can be bought for a fraction of the cost of today's expensive network infrastructure hardware. At least that was what I thought when I wrote an article called, "How Software Defined Networking Will Change Communications" in March 2012--but then after listening to various vendors and analysts, I decided that I had been painting a somewhat simplistic picture. However, at the recent NetEvents Ethernet Innovation Summit, held at Silicon Valley's Computer History Museum, Stu Bailey, founder and CTO of Infoblox, made a short presentation that confirmed my earlier premise.

Stu held up a Raspberry Pi, which is a credit card-sized computer that retails for around $40. It was designed primarily for educational purposes, but Stu had ported the OpenFlow protocol to this amazing device, and that allowed it to be used as an Ethernet switch. It's not likely that anybody would use it that way, but it was a provocative, proof-of-concept demo about the ease with which OpenFlow can be deployed.

Then he held up a four-port, $400 white box that could be programed to operate as an Ethernet switch as well as a router, firewall or WAN optimizer. This example is more practical, but the point Stu was making was that before we look at why software-defined networking is causing such confusion and why it's likely to prove disruptive to the networking industry, we should take a step back and consider hardware defined networking (HDN). 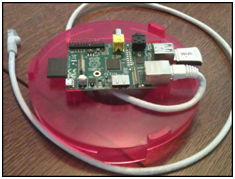 Essentially, HDN is an entire industry organized along the lines of box functions--switches, routers, load balancers, etc. But the open secret is that, when you actually look at these black boxes, they are all the same--commodity hardware. Therefore, HDN means that users aren't enjoying the same economic value as buyers of other computing equipment, e.g., mobile devices or servers.

SDN can therefore be seen as a market correction. It's a move to change the value proposition in hardware and software that will mean big changes to vendors, the channel and, ultimately, the end-user. As a result of SDN, consumers of networking technology will be able to enjoy the benefits of a rich software ecosystem on top of commodity networking hardware.

We've Been Here Before
Does that sound familiar? It should. Once upon a time, data was processed by monolithic mainframe computers housed in air-conditioned rooms and end-users got a slow, expensive service. Then PCs came along, derided by the mainframe guys as toys, but they entered enterprises via departmental backdoors, then they were connected up over LANs and the rest, as they say, is history.

Today we employ an amazingly rich data processing ecosystem. Enterprise computing is conducted in a very efficient, dynamic and flexible environment, but it's constrained by rigid communications concepts and networks that were designed 40 years ago. IT is in control of those computing resources, but when it comes to networking, we are still employing the black-box, mainframe model. We have to accept what we get, and that is why SDN is set to turn the model on its head.

There will be a paradigm shift; a brand-new game. It's only a matter of when, not if. That said, the OpenFlow timeframe is currently inhibited by the slow pace of the release schedule.

Change will be resisted and the SDN water will be muddied, but the market will win. SDN will help the networking industry flourish, with new value-added software companies emerging, helping the network do things it has not been able to do today. The network will become a development platform where innovation will flourish in ways that cannot be foreseen.

It's hard to predict at the moment when SDN will break into the mainstream, but here's a thought. The breakthrough might come via Intel's SDN-enabled reference platform: Seacliff Trail, shown below. Intel's agenda is to sell more chips, and that can best be realized by opening up the market to developers. The company is not going to be shipping Intel-branded switches and servers. Seacliff Trail will be able to run apps like load balancing, and function as a firewall, in addition to the 40 Gbps switching capability, which will enable massive amounts of traffic to be moved to the virtualized servers that will sit below it in the rack. 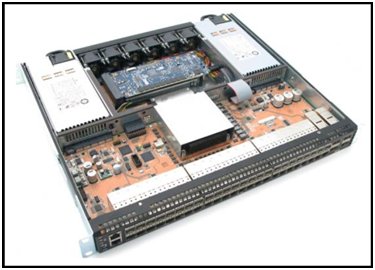 Conclusions
It's worth noting that Seacliff Trail reflects the objectives of the Open Networking Foundation (ONF), which was formed in order to take OpenFlow development forward. The ONF is a standards-setting group that recognizes the way cloud computing has blurred the distinctions between computers and networks, and that the transition needs to be speeded up through simple software changes in telecommunications networks.

Intel's role is clear, and so too is Infoblox's. Infoblox is a software company and the company's CTO is an articulate presenter and supporter of the ONF and other open standards organizations. Stu Bailey pointed out that Infoblox has been developing software for more than 12 years that operates at the control plane of legacy networks and that automates mundane tasks such as code updates. The company's core competence can therefore play a significant role in software-defined networks.

The last word goes to IDC, who point out that "The most challenging constituency might be the network manager/operator. SDN could change his or her life, and he or she may not view the change positively." Experts in IBM's 3270 environment felt the same way in the 1980s.