Cisco Steps Up Its SD-WAN Game

Brings SD-WAN together with security to address the new "cloud edge." 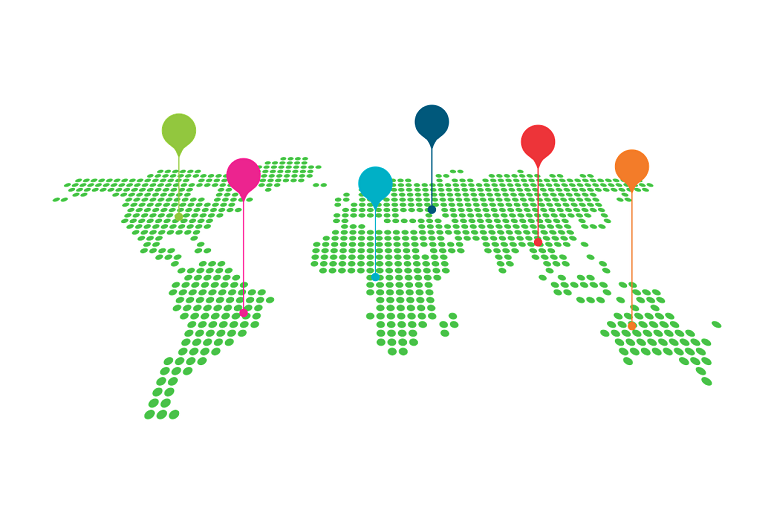 Cisco’s reseller event, Partner Summit, kicked off on Tuesday, November 13. The highlight of the event was the new branding that revolves around building a bridge (see “The ‘Bridge to Possible,’ Brought to You by Cisco”). As far as news from the event goes, a close number two would be the updates to its SD-WAN solution. The press release on the news highlights how Cisco has brought together SD-WAN and security to address what it’s calling the new “cloud edge” -- but the features go beyond security.
The Cloud Edge
The new cloud edge, as Cisco is calling it, is a byproduct of the traffic patterns of an SD-WAN. With legacy WANs, there was a branch edge where all the traffic backhauled to the data center or other central hub. The Internet edge was located in the data center, so any traffic going from the branch to the Internet had to traverse the WAN, go through the data center, and then on to the Internet.
With an SD-WAN, traffic headed for the cloud goes directly to it, without having to make a pit stop in the enterprise data center. This greatly improves the performance of multi-media apps such as voice and video, as the number of hops is minimized. The cloud edge extends down to the user instead of being limited to a branch office. One of the great things about SaaS apps is that they can be accessed from anywhere regardless of whether the worker is in a company office location. The Internet has now become the new business network, with the cloud edge being where users, branches, and things sit.
Securing the Cloud Edge
The downside of the cloud edge is that all that expensive security the enterprise placed in the data center won’t see cloud traffic. This leaves the business wide open to attacks that are directed at users through the cloud. Securing the cloud edge can be a difficult task using traditional security tools, as those need to be placed in every location. This can be expensive, complicated, and time consuming. Another issue is that app performance can be inconsistent. While I said direct cloud connectivity can improve app performance, there’s a higher degree of variability in performance, as the Internet can be unpredictable, and erratic performance can frustrate users.
Cisco’s SD-WAN software addresses these issues through the following enhancements: 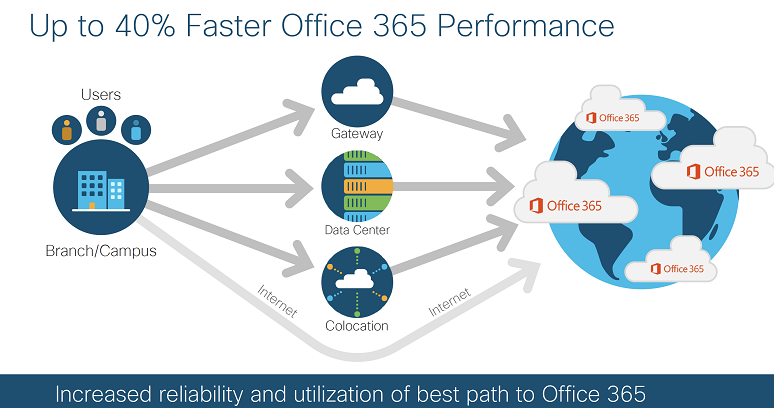 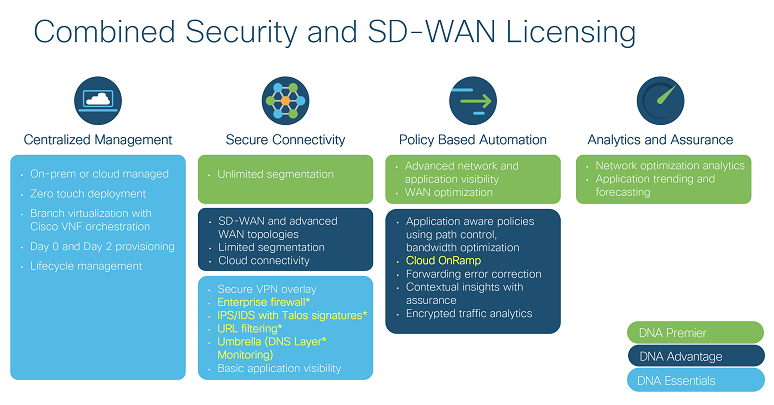 This might be Cisco’s biggest SD-WAN update ever; it’s certainly the biggest since it acquired Viptela in mid-2017. The integration of security is well timed, as more and more customers I talk to are shifting their decision away from speeds and feeds and toward security. The cloud edge create by an SD-WAN is a fundamentally different architecture than the traditional branch edge, and security needs to available everywhere.