UCaaS and SD-WAN is a no-brainer technology matchup, as this latest activity shows. 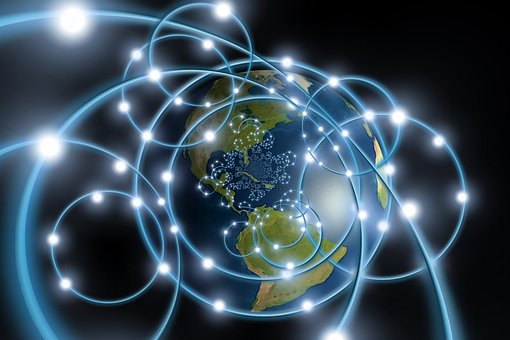 Certain things make sense together. Chocolate and peanut butter, me and my lovely wife, unified communications as a service (UCaaS) and software-defined WAN (SD-WAN). All perfect matches.

UCaaS services include real-time traffic like voice and video, and SD-WANs optimize traffic so real-time apps perform better. The combination is the biggest no-brainer in technology since the iPhone. This is why we’ve seen a flurry of partnering activity between the UCaaS providers and SD-WAN vendors.

The beat continues with today’s announcement from Cato Networks that it has received certification as a RingCentral connectivity partner. Cato achieved the certification following RingCentral tests in which it was able to maintain enterprise-grade call quality even in the face of sub-standard network performance. RingCentral’s tests showed that Cato was able to guarantee high-quality voice calls (mean opinion score of 3.8+) even with 15% packet loss.

You might think that all SD-WANs are the same, and to that I’ll quote Mary Poppins and say, “Pish posh.” Just like most things in life, no two SD-WAN vendors are the same. Some specialize in transitioning to an all-broadband WAN and others promote more of a hybrid model.

Cato touts itself as an SD-WAN vendor that delivers superior voice quality because of its architecture, and one of its differentiators is that it maintains its own private, global network. Customers still use broadband for the last mile, gaining the cost savings of SD-WAN and the performance benefits of having traffic carried over a private network.

This changes with long-distance links. On a private network, Dubai to London has an average response time of 0.19 seconds. That jumps to 4.24 seconds using the Internet. Similarly, Frankfurt to Shanghai is 0.2 seconds on a private network compared to 2.0 seconds for Internet. Such a discrepancy can be the difference between a high-quality collaborative session that supports key decision making and a disjointed session during which attendees are continually asking each other to repeat what they said because the call is so choppy.

News of this connectivity partnership follows on quite a couple of weeks for both companies.

In late January, Cato announced it had secured $55 million in funding, bringing its total money raised to $125 million. This level of funding is certainly a vote of confidence that the investment community believes in Cato’s managed services model.

Now that the SD-WAN industry has moved out of the early adopter phase, we should see a swell in demand for managed services. Cato is in a good position, given that its cloud-native model is more agile than the traditional telco model, which is endpoint-centric.

For RingCentral, the company earlier this week announced solid 2018 Q4 results, with revenue for the period ended Dec. 31 up 34% year over year, to $189 million. Investors liked what they heard as the stock jumped another 6%, pushing the company’s marketing cap to a whopping $8.57 billion on a revenue base of $660 million. A couple of years ago, RingCentral and 8x8 were both battling to be top dog in the UCaaS industry, and since then RingCentral has pulled away to the clear number one position.

The investment community believes in both SD-WAN and UCaaS, but don’t think of these independently but rather for the value they bring to each other. Cato’s RingCentral certification is a win-win-win: Startup Cato gets access to RingCentral’s massive customer base; RingCentral now has a solid, global network partner to expand its reach into Europe and Asia; and customers, the biggest winners, can deploy UCaaS with some assurance that service quality will remain high.

Learn more about the benefits of using SD-WAN for UCaaS at Enterprise Connect 2019 in our SD-WAN case studies session on Monday, March 18, at 2:00 p.m. If you haven’t register yet, you still have time to catch our Early Bird Rate, ending next Friday, Feb. 22. Register now using the code NJPOSTS, and you can even save an additional $200!